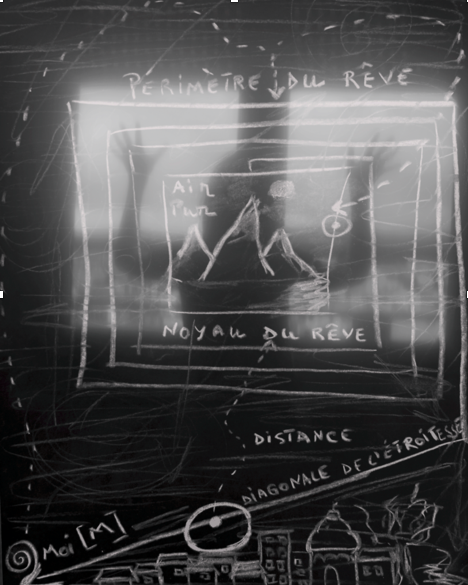 I immerged in the cinema atmosphere when I was 7 years old, and I went to the cinema for the very first time. While, I was watching a historical Russian drama, I felt that there was something incredible and mysterious about this art, and I wanted to be there “inside” films. I think I remained faithful to this desire throughout the years. After obtaining a master’s degree in photography at the University of Arts of Bucharest, I continued my studies abroad, at the Cinema Department of the School of Art and Design of Geneva. During my study years, I did several documentary films in different parts of the world (for example in Lesotho, South Africa; in Lausanne, Switzerland and in Ukraine). All these travels helped me to learn and discover people, to observe different kind of living and philosophy of life. In each of my projects, I was interested in experimenting with different expressions of art (photography, video, collage). At the moment, I’m writing my first future film and I’m impatient to shoot a new project that will require a new cinematic approach.

Why are you a part of MagiC Carpets: In August 2020, I was invited by Romanian curator Raluca Elena Doroftei to participate at the Slon residency, implemented by Meta Cinema – Meta Cultural Foundation during the project MagiC Carpets – Creative Europe Platform, 3rd edition, 2020. I spent 3 weeks in the Romanian village of Slon, documenting and filming the local community. At the end of this beautiful project, I accomplished a short documentary film, called The Flower from the Garden about different generations of women from this village and their intimate relationship with Slon.

What does it really mean to be at war? The filmmaker goes back to her country, Ukraine, after a long absence, to try and understand the conflict that seemingly takes place far away. The imagined dialogue with a childhood friend serves to reconnect the links of meaning in a reality in which she barely recognizes herself. Children’s games feature both carelessness and threatening omens, patriotic hymns take on a sinister quality, and awkward imitations of the adults evoke terribly real scenes.

MagiC Carpets project: The Flower from the Garden

The film, set in the old village of Slon, wanders between the fate of the hairdresser Floarea, with her unfulfilled dreams, and the fate of the elderly Tanța and Sandu and their nieces Mihaela and Maria. Fragments of their memories and aspirations are intertwined in a strange and subtle way. The songs, the hora, the canton on the mountain draw discreet and sincere bridges between the lives of the characters. The stories of the children are found in those of the elders and vice versa as in a magical game; and over all these stories maintain the atmosphere from Slon, suspended, at the foot of the mountains, between the difficult past and the uncertain future.

What inspires you as an artist? The childhood is a strong force that I always activate during the development of my projects. The interactions that I have with different persons and the places that I visit are also essential for my art works. The intimate geographical coordinates are always involved in my creations. I even said once that I can’t start a project before discovering a strong, emotional place (a house, a village, a city, etc.) for my story.