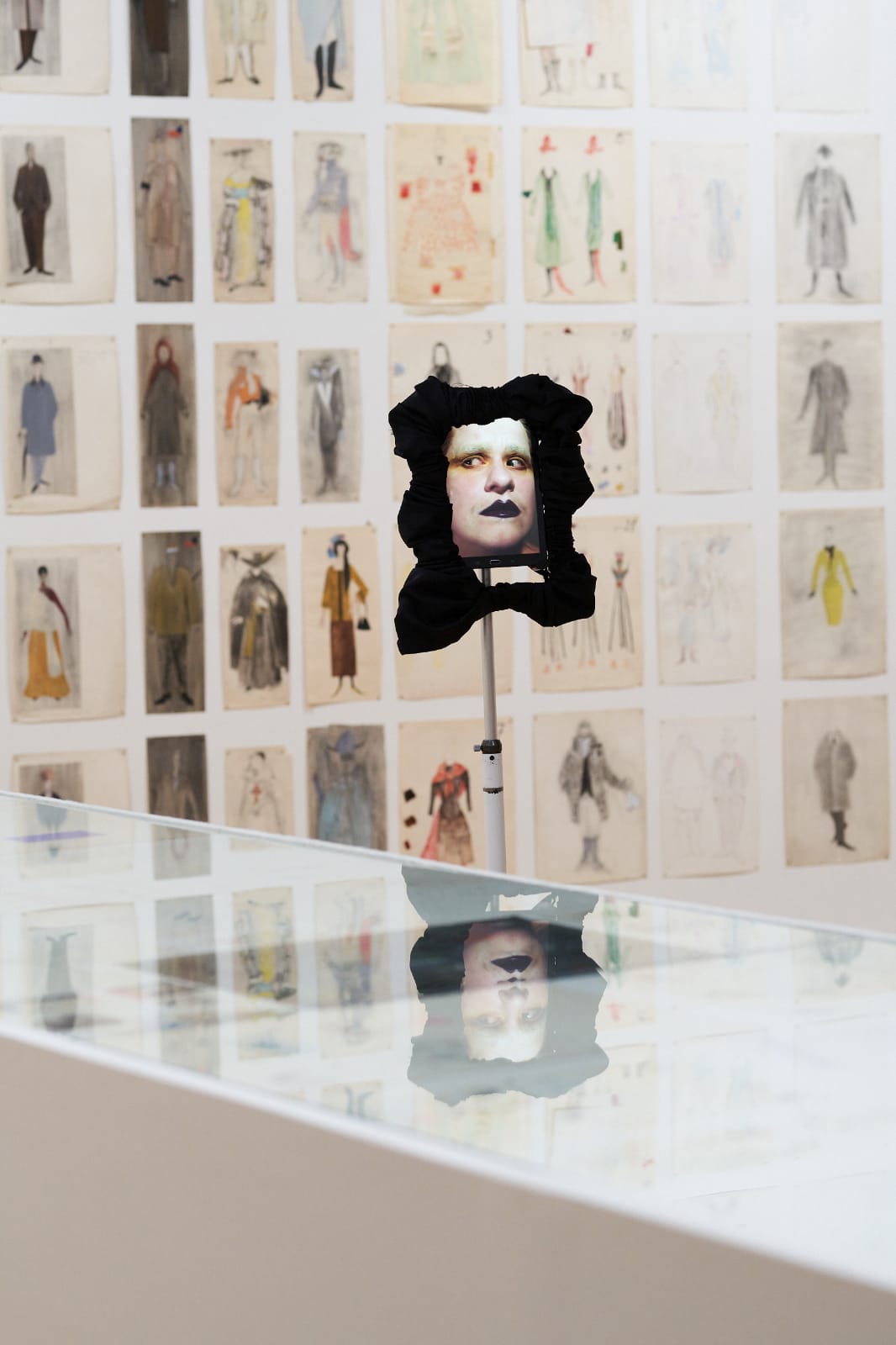 I was born in a quaint post-industrial socialist-governed town, a stage for many violent Neo Nazi events in the 90s. I was brought up in a family and community confessing to a faith with the main cause of loving their neighbour – I remember the congregation sheltering refugees. It was a religion based not on shame and dogma, but with roots in the philanthropic movement that lifted impoverished Swedish miners out of misery in the early 1900s. I joined an intergenerational theatre group at nine, getting insight into many societal structures through living alongside this inclusive theatre group, and partaking in the analysis and portrayal of plays with deeply political and philosophical themes from an early age – feeling like a validated and equal part of a community. I went on to study art at the preparatory school Konstskolan Munka, but from there, I wanted to exit the school system and small familiar towns promptly, so instead of seeking higher education I went to live a highly precarious life in London. In 2011, I founded the performance collective New Noveta in London with British artist Keira Fox. We have exhibited and performed globally since, creating over 100 individual new pieces. For each project, we collaborate with musicians, costume designers, make-up artists, photographers, artists and craftspeople to create eruptive immersive live installations in every medium. The projects take themes from the rebelling nature of nightlife and subcultures, mythologies, historic and current gender/financial/ideological/religious/medical oppression, etc.  Each project is created site-specifically and never repeated. Notable exhibitions include at ICA – London, Ludlow 38 (Goethe Institute) – New York, Kunstverein Freiburg – Germany, SMK and Charlottenborg – Copenhagen, Sandy Brown – Berlin, Arcadia Missa – London, Opernhaus Wuppertal – Germany, and Serralves – Portugal. In April this year, we released our first vinyl “Room Sounds” with musician Vindicatrix.

Why are you a part of MagiC Carpets: Having had my practice mainly based in London and internationally, thus far it seemed an ideal opportunity to anchor my work in my hometown through this project with OpenArt and MagiC Carpets. There is a lot going on in Örebro, culturally, socially, and politically, and I want to be part of the discourse, and try to help cross-pollinate the spheres.

This was a collaboration with artists Sophie Sleigh-Johnson and Elena Bushueva. The project focused on social anxiety, and how pressure and stress faced with something that must be performed in public can cause one to collapse and turn inward and against oneself. How anticipation and tension can lead to great anti-climaxes. The exhibition consisted of a labyrinth of golden curtains. We created videos that were projected in the corridors and reflected in puddles on the cobbled stone floor. Sophie and Elena were in the gallery, confronting the audience with projections, sound installation and spoken word. Keira and myself were at her house across town and crossed the city in a taxi to arrive towards the end of the performance. The exhibition had several animations and films of us, and our voices were present and pre-recorded and played in amplified phone calls between Sophie in the space and our anxiety-ridden journey to the space. Afterwards, several visitors said they had seen us when they arrived. We created an illusory situation, where we were present in everything but bodily, until the end. Late in the evening we stumbled in, opened all the curtains, and did a DJ set. The events at first stunned the large audience that was expecting a “normal” performance by us, but the tension dropped and turned into a dance floor. There was a challenge of expectation and failure due to mental and social barriers.

In conjunction with the exhibition, we held a VR-workshop with the local art collective Action Space, consisting of adults with cognitive and physical disabilities. The participants got to experience the installation and create their own analogue and digital images, experiment with VR apps on tablets and projectors, and try their hand at DJing and performing poems and songs inside the projections. The project was supported by Arts Council England.

What do you think is the purpose of art? For me personally it seems the only viable, liminal and limitless sphere to act in. I am able to work in any societal zone that interests me under the guise of (an) art(ist), be it a school, a hospital, a factory, a theatre. It has the ability to give a lot of unexpected, extraordinary and essential perspectives. I read recently about the sad passing of the Örebro artist Ann Sidén alias Mamma Knota, who did a project improving communal laundry rooms in rented apartment blocks and didn’t like being called an “artist”. I have also been thinking of my former teacher Astrid Göransson who made a public sculpture in a marginalised suburb in the shape of a traditional ship’s figurehead. The locals voted their pizza baker to be the model. I found that this proved how art in a local setting has the power to operate as a great transgressive communication device.