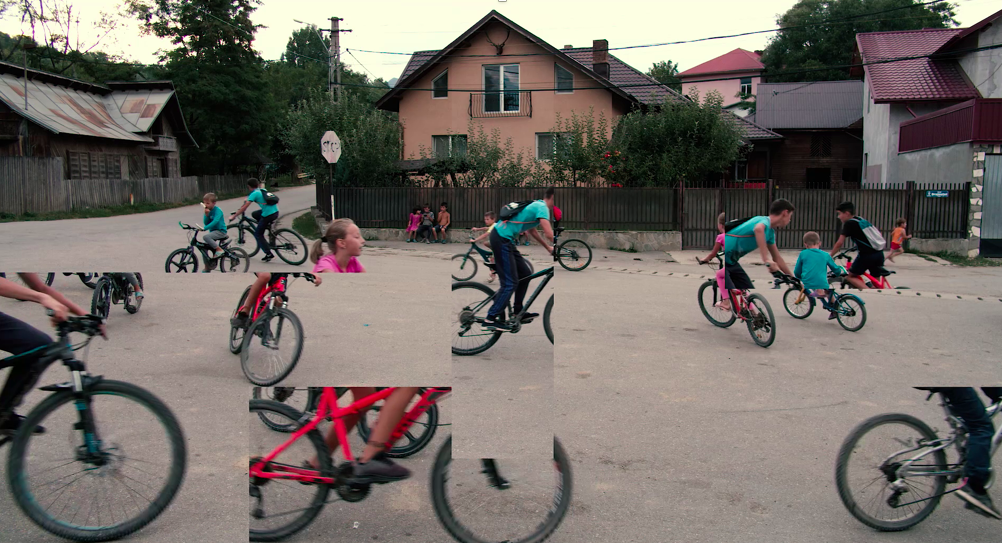 I am a multimedia artist from Croatia, born in 1988. I gained my bachelors degree in Film and Video on the Art Academy in Split and my master’s degree in New Media Art on the Fine Arts Academy in Zagreb. I would say I am a friendly and communicative person with exploring tendencies when it comes to culture, music and activities in nature. I enjoy being around people, but also appreciate the time I have just for myself. I also like to travel, both on short and longer terms. I worked on numerous conceptual, cinematographic, and commercial projects, also having collaborative experience in local and international workshops, festivals and happenings. In my own art work, I predominantly deal with everyday impulses in different areas of human life which I explore using the language and expressive tools of various media forms such as film, video, text, installation, performance, photography and social/community practices.

Why are you a part of MagiC Carpets: I was propose by Lab 852 and chosen as one of the artists in Slon residency, implemented by Meta Cinema – Meta Cultural Foundation during the project MagiC Carpets – Creative Europe Platform, 3rd edition, 2020.

Itinerant is a multimedia story of wandering and settling down, of fitting in and standing out. It speaks of migrants and travellers, the ones who left and the ones who came, those who exchanged the confidence of belonging for freedom of movement. It explores our sense of identity and the way we experience who we are in regards to where we come from and where we arrived. Music, dance and video playfully meet and separate in their ways of describing the stories of the artists: the feeling of strangeness, the guilt of leaving, romanticizing a new home, consequent disillusion, the aggression which comes from feeling unaccepted and misunderstood, the sorrow that relentlessly follows: finally, an acceptance of the complexity of identity and a celebration of diversity. The piece is inspired by the artists’ personal experiences as well as the events transpiring in the world today.

The research phase for my online residency consisted of an insightful virtual tour guide led by my collaborator artist-cinematographer Vlad Dinu and a number of talks with the locals. This experience made me instantly familiar with the village in a very confusing state of consciousness, considering I have never physically been there. The interviews with the locals were carried out by me writing down my questions of interest and Vlad recording their answers.

Another interesting part in this co-creation with Vlad was the compatibility in aesthetic style of work that we seem to share. After ten days of virtual exploration of Slon, filled with walks, talks and engaging moments, I came to the point where I felt as if I became familiar with the village and its locals as if I was actually there in person. I already had a memory of the routes, houses, people and some of their characteristics.

The barrier between virtual and physical perception somewhat blurred out in some moments. This dislocated kind of ‘visitation’ and community involvement is like no other experience I have had and it quickly became the building motive for this experiment. With dominating technical, language and distance barriers, all these factors helped build a poetic audio-visual relationship between the author, the cinematographer, the village of Slon and its inhabitants.

In the film, this is depicted through the intentional deconstruction of sound, speech and image in the form of a collage, along with symbolical compositions of village ambience details and digitally manipulated wide public shots. The director and four interviewed individuals narrate the storyline also edited in a cut-up style, highlighting the language disconnection between the director and the Slon residents. This overall approach atmospherically portrays the difficulty in, and also beauty of, achieving a fully formed experience of the village through all these limitations.

What inspires you as an artist? Inspiration comes from actively observing myself and other people in everyday life, spotlighting the performative aspects of it and remodelling those interests in an artistic method and medium. What inspires me is any motive that provides a new or different angle of meaning, as well as other artists, artworks, cultures…

Your favourite book(s): ‘Perfume: The Story of a Murderer’ by Suskind, ‘Of Mice and Men’ by Steinbeck, ‘Complete Short Stories’ by Maupassant.