Erasing boarders and giving a voice to everyone
May 16, 2018 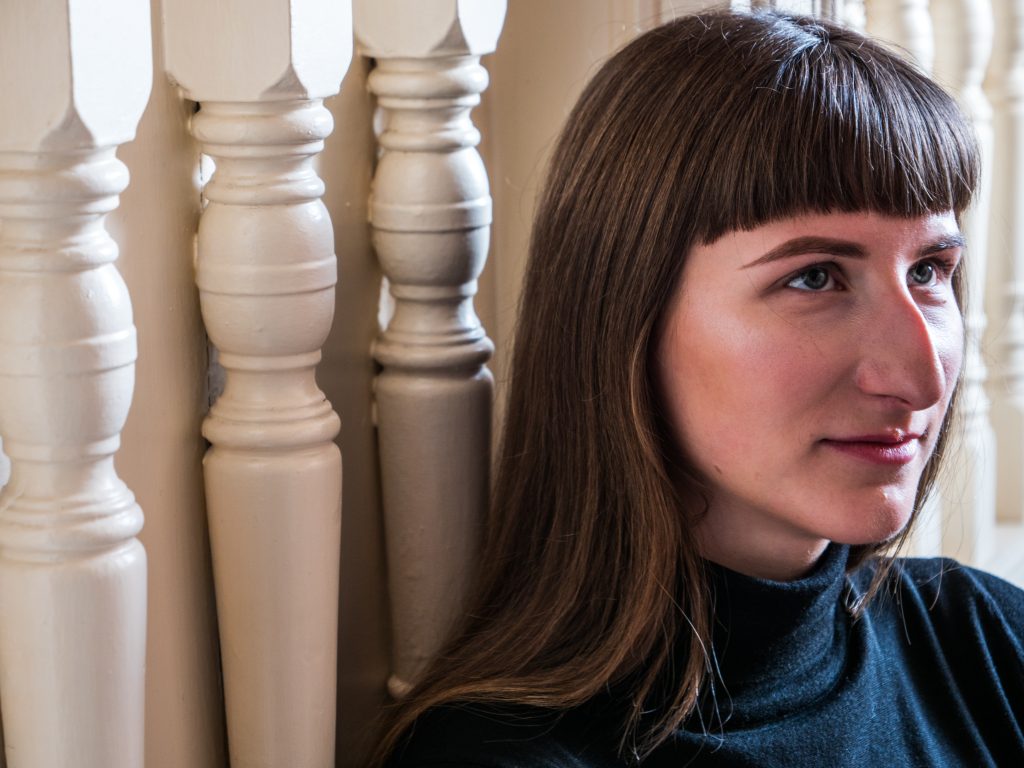 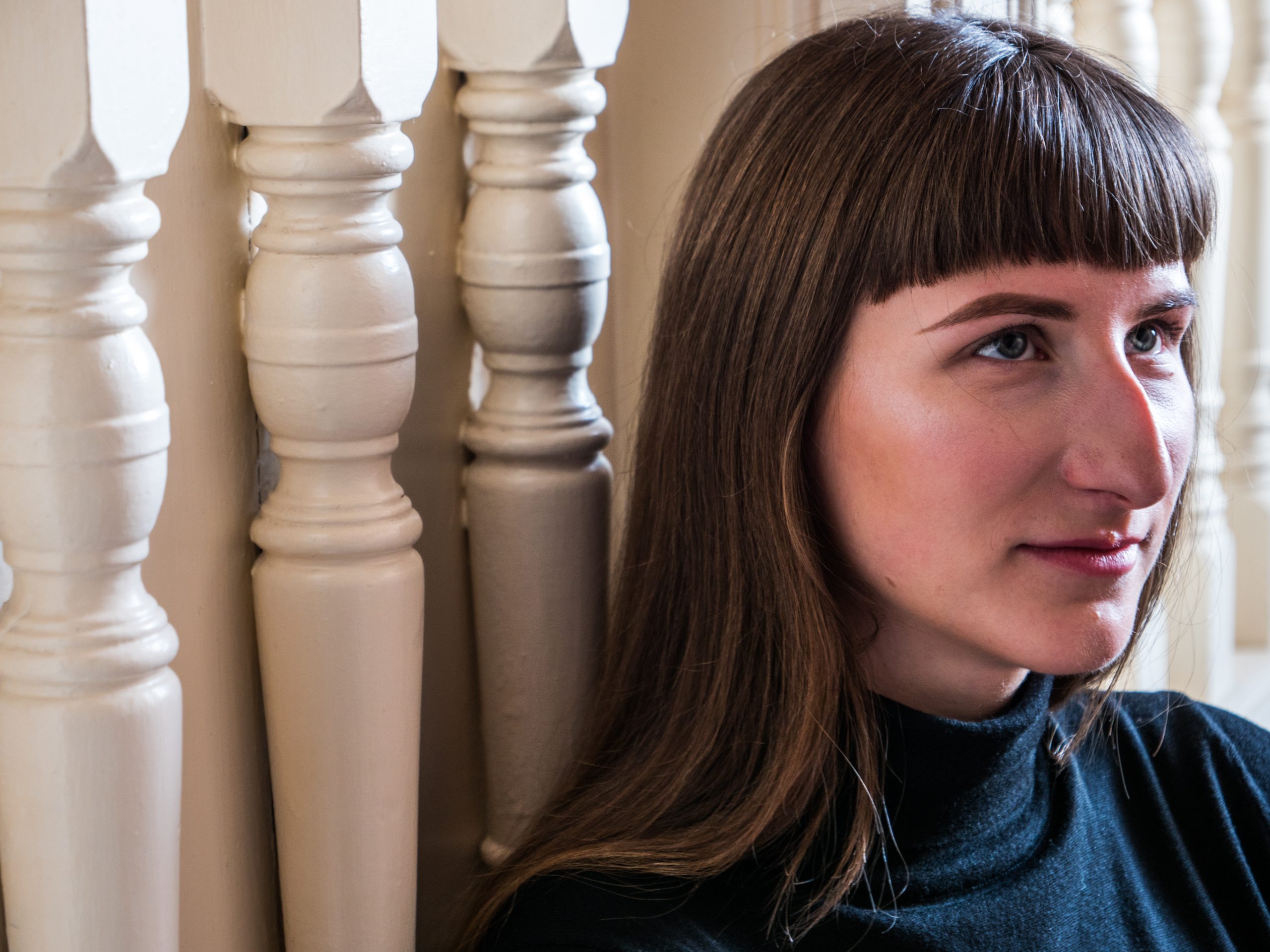 Katrīna Dūka, producer and curator of New Theatre Institute of Latvia (NTIL), believes that art can encourage people to meet and start creating things together. In this interview, an emerging curator shares her thoughts on contemporary theatre and art, their potential role in community building and the empowering force of co-creation.

Could you tell us a little more about the Institute and its activities?

NTIL is a project-based organization working in the field of contemporary performing arts since 1998. NTIL produces local and international projects, organizes an international contemporary theatre festival, Homo Novus, which is the largest performing arts festival in the Baltic and the Latvian Theatre Showcase. Moreover, the institute develops training programmes, information exchange and international collaboration with a special focus on emerging ideas, innovative work, and responsible actions.

NTIL has been organizing Homo Novus, for almost two decades now. This platform seems to be highly focused on a participatory practice in theatre. Could you tell us a little more about the festival and its aspirations?

Homo Novus takes place in Riga, so the local audience has an opportunity to become acquainted with both emerging and internationally renowned artists who seek ways of expressing their views and opinions about the world and the society in new and interesting ways. The first festival has taken place in 1995 in Daugavpils (Latvia’s second largest city near the borders with Lithuania, Belarus, and Russia). Since then, there have been 13 festivals that featured more than 100 different guest performances and resulted in the production of several new projects that go beyond genres and disciplines and have been performed in non-conventional and urban spaces. Besides a wide range of performances, the festival incorporates seminars, workshops, and other activities.

The aim of the festival has always been to show the kind of theatre that is not made or even known in the Latvian theatre scene. Speaking of the participatory aspect, theatre, in general, is an art form that requires audience participation, even more traditional theatre forms with a clear division between the actor and the spectator requires the audience to engage in an active intellectual and emotional way; otherwise there would be no point of going to see a performance. The contemporary theatre sometimes takes this participatory aspect to another level, and the artist offers a sophisticated form, where the spectator becomes the actor. It creates a completely new experience for the audience and often helps to form a more personal connection with the topics, people, places, etc. Homo Novus does not exclusively focus on this kind of participatory theatre, we offer a wide range of theatrical forms, including performances with more traditional settings as well. It just so happens that in the wider context of the European contemporary theatre, the participatory theatre has its place already established and is not viewed as something peculiar. This is why a lot of the pieces we bring to the festival have a more pronounced participatory element in them. Even though we did a festival edition in 2016, which was completely devoted to participatory theatre and featured performances that could not happen without an active engagement of the audience.

In what ways does the contemporary theatre try to engage with its audience?

Contemporary theatre and contemporary art in general create (or should strive to create) an extraordinary space that is both real and unreal and, in this space, certain intellectual, emotional, sometimes even physical processes should happen to the audience. Contemporary art creates an imaginary meeting point between the spectator and the issue that could also be completely unknown to the person, but this confrontation feels real and helps to realize some new things about oneself. There is no one way or method to achieve this engagement in theatre, and it is a mixture of different things, not all of them being only artistic aspects, but the main point is trying to create some kind of relationship with the spectator within this very brief moment. How it is done is a question for the artist to answer.

Do you think that public engagement in all sorts of arts could influence community building? In what ways could it be achieved?

Yes, it definitely could. But it is a very long process and one that requires a lot of attention, especially at the beginning. There have been some artistic projects produced by NTIL, in which certain communities are involved in creating something together, mostly a performative piece. The initiation phase is always the hardest. It is very important to remember that you cannot force people to participate in artistic group activities (or any activities in general) if they do not want to. Community building should come from a place of wanting to be together with other people and to work towards creating something together. Art is a great starting point of encouraging people to meet one another and help them realize that together they can actually create or change something. One of the projects NTIL did was a co-creation between the Latvian and Icelandic choreographers and inhabitants of Pārdaugava region in Riga. During this project called Dancepoint, the audience was invited to people’s homes to experience mini performances prepared by the inhabitants. I am mentioning this project because it has been such a bonding experience for the performers who have gotten to know people in their area and shared such a wonderful experience. Unfortunately, I do not know, if those people continue spending time together now, but that brings out another important aspect: if you want to help build a community using the means of art, it cannot be just a one-time event.

What is community to you?

Community to me is a group of people who share something in common, not necessarily defined by geographical restrictions. And this something creates an actual bond between people and gives a sense of belonging, trust, and feeling OK with being who you are.

Theatre has always been a co-creative form of art. Co-creation is also one of the Magic Carpets cornerstones. What advantages, in your opinion, co-creation and collaboration might bring for those who participate in the process? And why is co-creation becoming more and more important in the scene of contemporary art?

These advantages could be seen from two sides. For artists that engage in collaborative and co-creative projects, the process challenges their own practices and pushes them further. If artists from different fields create a piece together, it is a new learning experience for them, a chance to even acquire new skills or ideas from other collaborators. If artists work with non-professionals, then again, it is an artistic risk that could bring their work to another level or suffer failure, but irrespective of the outcome, it is all about the process, the idea and the message behind it, and I strongly believe that there should be more focus on the content and process: why we do it, what are we talking about and how do we talk about it, instead of focusing on how great, beautiful or “right” the finished artwork will be. For the non-professionals who participate in such art projects, the main benefit is, of course, the new kind of experience and the empowerment that is given by an artist to the person by asking them to co-create. I think that people, in general, like it when others show genuine interest in them and their stories or abilities. Even in artworks, with rules established or dramaturgy imposed by the artistic authors, it is still interesting and fun for non-professionals to participate. The contemporary art scene is representing the world we are living in today: more and more events that happen are striving towards tearing down borders and giving a voice to everyone.