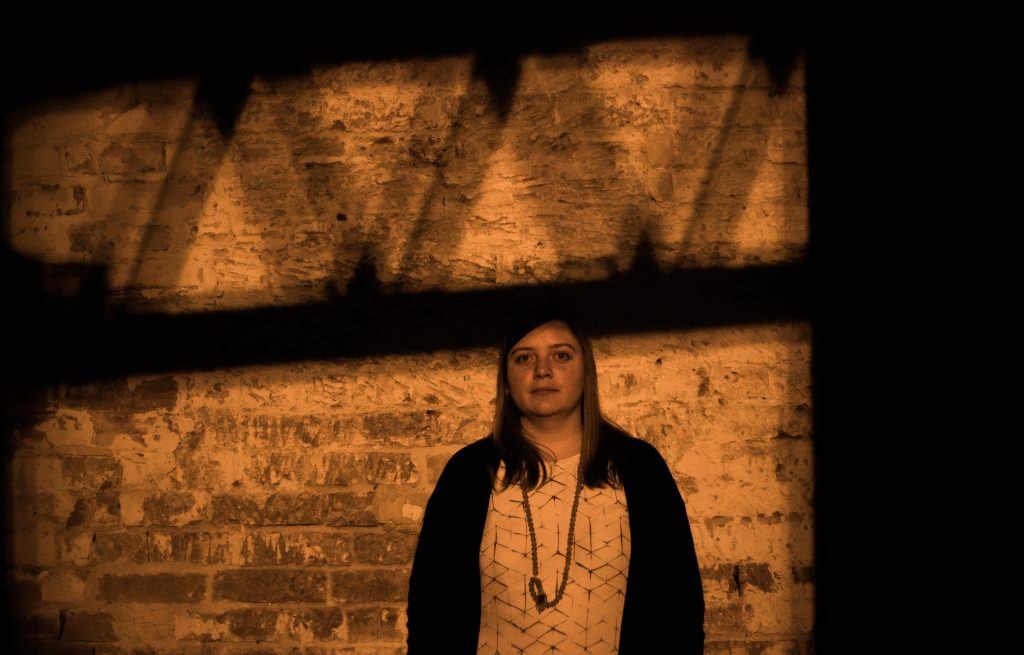 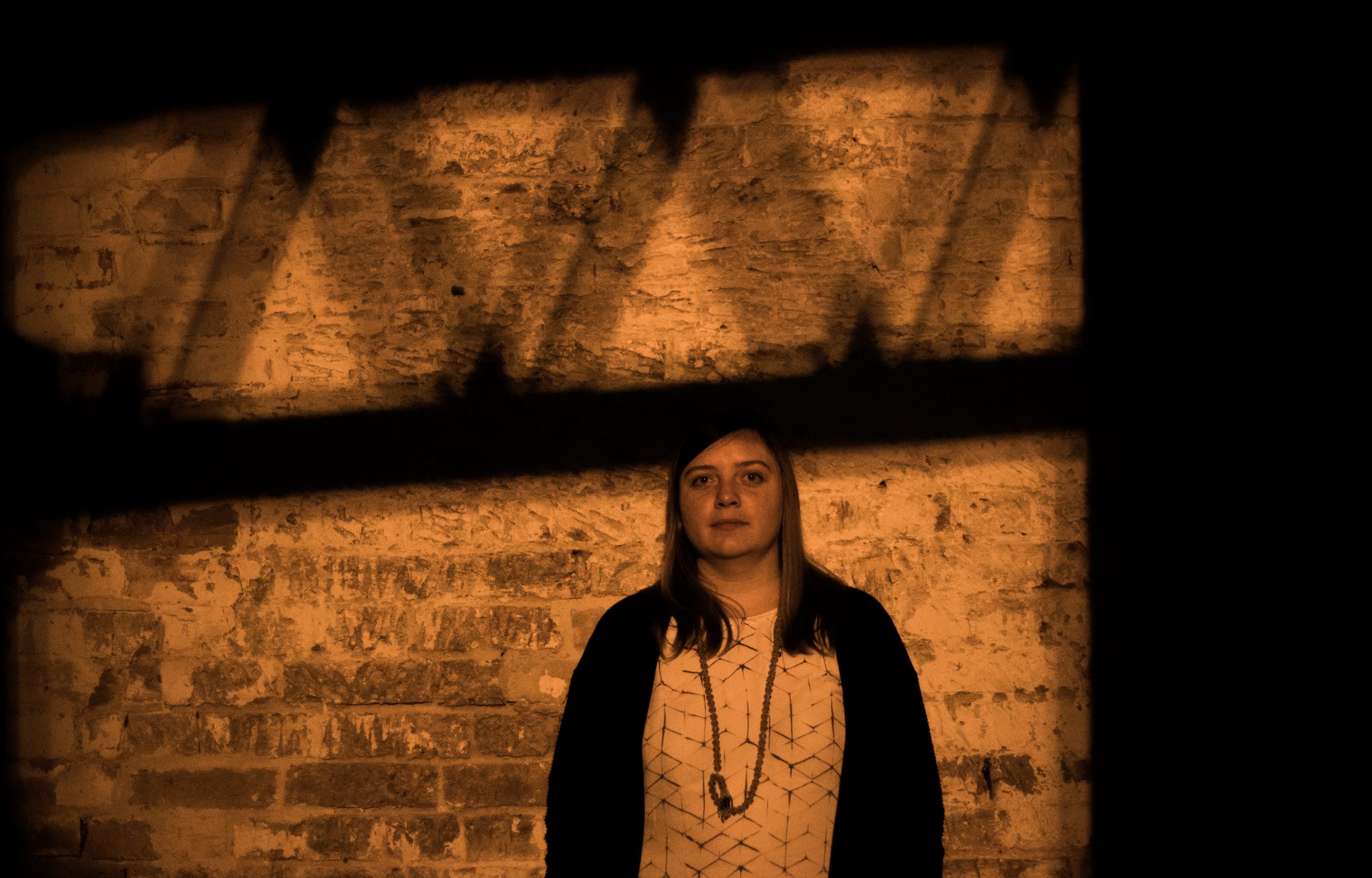 Lotta Schäfer, an emerging curator and coordinator of residency programmes at ZK/U, believes that sharing knowledge is very important and that artistic access to it may be very successful. In this interview, the emerging curator shares her experiences in ZK/U and her thoughts on how art can inspire real social changes.

The range of activities at ZK/U (Center for Arts and Urbanistics) is very wide. How would you describe the platform and its goals?

ZK/U is an artist residency, a space for research and production and a platform for exhibitions, conferences and workshops related to social and cultural topics. The artist collective KUNSTrePUBLIK founded ZK/U in a former railway depot located on the grounds of Stadtgarten Moabit, an urban garden.

Approximately 15 artists and researchers of urban studies from around the world live and work at ZK/U. During their residencies, which typically last several months, the processes and results of their project activities are presented to the public on a regular basis.

Many of the social and cultural projects ZK/U initiate, focus on challenges faced by the urban society. Next to its frequent in-house productions, such as “Openhaus”, “Gütermarkt”, “Speisekino”, ZK/U also presents projects by its external partners and other collaborators.

ZK/U pays a lot of attention to socio-political problems. Do you believe that art is able to encourage civic engagement and inspire real social changes in the lives of people?

Yes, I believe that, but it depends on what kind of art we have in mind. Some of the artistic practices, such as participatory art, or socially engaged art, consider civic engagement as its aim. However, there are a lot of formal art practices, which may not seek to be socially engaging, but, under certain circumstances, may work as an instigator for social changes as well.

In what ways does ZK/U try to achieve this?

At the very beginning, it has not been easy to engage with local people. However, it has always been one of our goals. The ZK/U is located in the neighbourhood which is a bit further away from the usual artistic districts of Berlin, on an island, in the middle of an industrial site, surrounded by a public park. In order to engage with the art audience and the local community, we had to develop specific formats, such as “Gütermarkt”, which is a monthly multifunctional flea market. Within the framework of this market, we have succeeded to engage with local community by giving local people the possibility to introduce their craftworks and services that they produce. Now, they are eager to initiate things like that themselves.

Once you have engaged with the people, you can start approaching various social topics and aim for some real social changes. Some of our community-based activities try to do just that. For example, last year, we devised some tools together with a local partner for a public artistic demonstration called “Community”, aimed at raising awareness about the refugee rights and better living conditions for refugees here in Germany and across the entire Europe. On a larger political scale, in 2015, the ZK/U initiated one building in one of the central squares in Berlin to be saved from demolition and repurposed instead. The building called “The House of Statistics” has not been used for the last 8 years. The campaign initiated by the ZK/U, which started as an artistic intervention, demanded the building to be turned into an affordable living space for refugees, students and elder people, as well as a space for artistic and cultural use. This January, the city municipality and the initiators have signed an agreement, thus confirming its new purpose to be co-used for various purposes. I think it shows quite well how even the most utopian idea might turn into something real.

The ZK/U has introduced projects like “City Tool Box” and “Hacking Urban Furniture”. Evidently, it tries to make people more aware of their right to shape the environment they live in. How have you come up with this idea?

We believe that it is very important to share our knowledge. In order to do so, we are not only developing cultural projects on our own, but we try to share our experience with people and show them how they can use our experience in their own urban context. The “City Tool Box” is an urban learning programme the aim of which is to share the knowledge we possess on how to activate the neighbourhood and organize cultural events within the city. The goal of this programme is to share our knowledge not only within the local context of Berlin, but also with the rest of Europe. The whole process is based on creating manuals that we try out in other places, such as Kaunas, for instance. It helps us to find out whether it works the same way in different contexts. If not, why and what could be changed? It is not only an opportunity to share the knowledge we have, but also a great possibility to learn from other cities as well.

As for “Hacking Urban Furniture”, it is more about people shaping their physical environment. In Berlin, street furniture is provided and maintained by two large companies that have been basically renting the space from city municipality for ten years or so. They create bus stops, public toilets and other city facilities. However, they use these spaces for their own needs by putting advertising posters on the furniture they provide, and the money they earn from advertising goes exclusively back to them, but not to the city. We have noticed that city infrastructure is often taken for granted. Therefore, we thought it would be interesting to rethink it. To do that, we have commissioned five artists to produce works that are now being exhibited at the ZK/U. These artists have carried out case studies of sorts, offering ideas on how it is possible to develop the prototypes of civic engagement in order to take care of the city furniture ourselves, what economical process stands behind it and so on. We hope that in the future, we will be able to use these prototypes in practice.

You are mainly responsible for residency programs held by the ZK/U. Could you tell us a little more about it?

The residency programme has been launched at the very beginning of the ZK/U as its main function and it is still growing. We have 12 international studio apartments. Artists from all over the world can apply two times a year to work within a conceptual framework of the city-based topics. The committee selects approximately 100 artists per year, and they can spend from 2 to 8 months in our residencies.

We try to provide our residents with lots of different activities. Once a week, we gather all residents for a friendly dinner with the members of the ZK/U and some special guests, so that the artists could present the works they are currently working on, while the members of ZK/U present their own activities. We also get them to visit local museums, galleries and other cultural institutions, as well as to meet the locals. Furthermore, once a month, we organize a public meeting called “Openhaus”, which is all about the artists presenting their works for a wider local audience within the framework of workshops, videos, installations, performances and so on.

Our residencies are very process-oriented. We do not expect the final result. We prefer to create possibilities for artists to work at their own pace and encourage all types of collaborations that may happen during the process. Next to the international residencies, last year, we established a 2-month residency programme for local Berlin-based artists. Since the working space in Berlin is becoming less and less affordable, we feel eager to provide the local artists with a space to create.

ZK/U initiates the so-called “Artist Dis-Placement” programme, which connects artists with various organizations that usually has nothing to do with art. What is the aim of such displacement? What impact does it have on the city infrastructure and the artists who are “displaced”?

Within the framework of “Artist Dis-Placement”, we place an artist in different public organizations, such as the Waste Management Company, German Red Cross or the firefighters. We do that to find out, if there is any room for public influence on the city infrastructure. Artists that are being “dis-placed” must pay regular visits to these organizations, which may last from 6 months to 1 year. During those visits, they meet people who are working here and who teach them about their activities and the organization. Their final goal is to produce an artwork within this non-artistic environment in collaboration with people that are working there.

The impact of this “dis-placement” is different in each case. We choose organizations taking into consideration the artists we have selected. Some of the organizations are more eager to collaborate, some not so much. Therefore, eventually, some of the examples are really successful, some only partially. Two different worlds crash into one another, so it is quite natural that there are ups and downs. But that is the whole point!