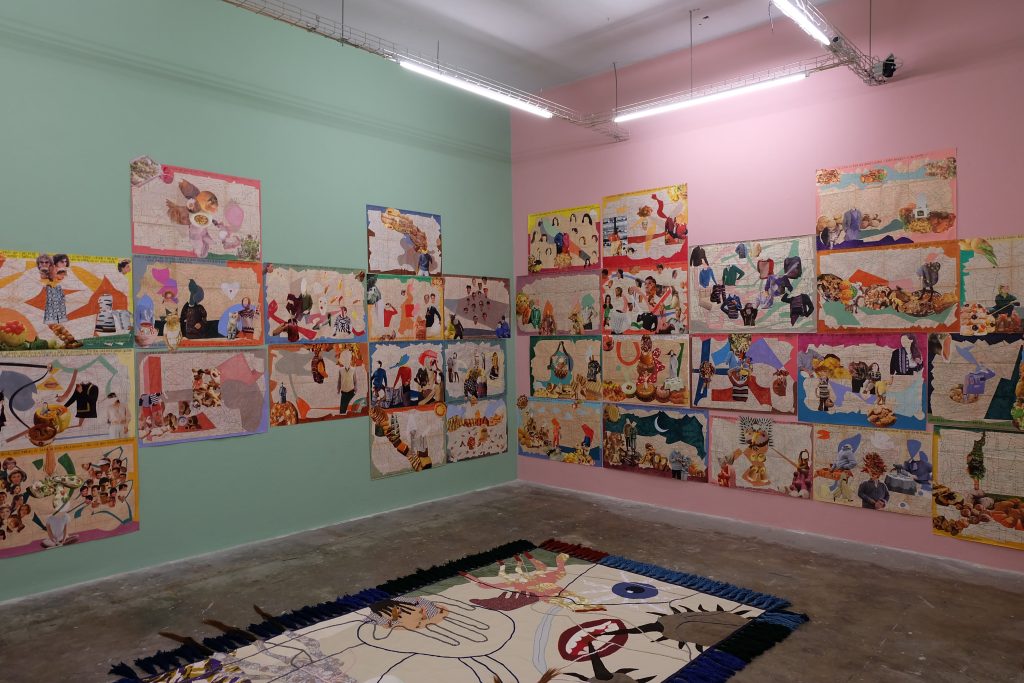 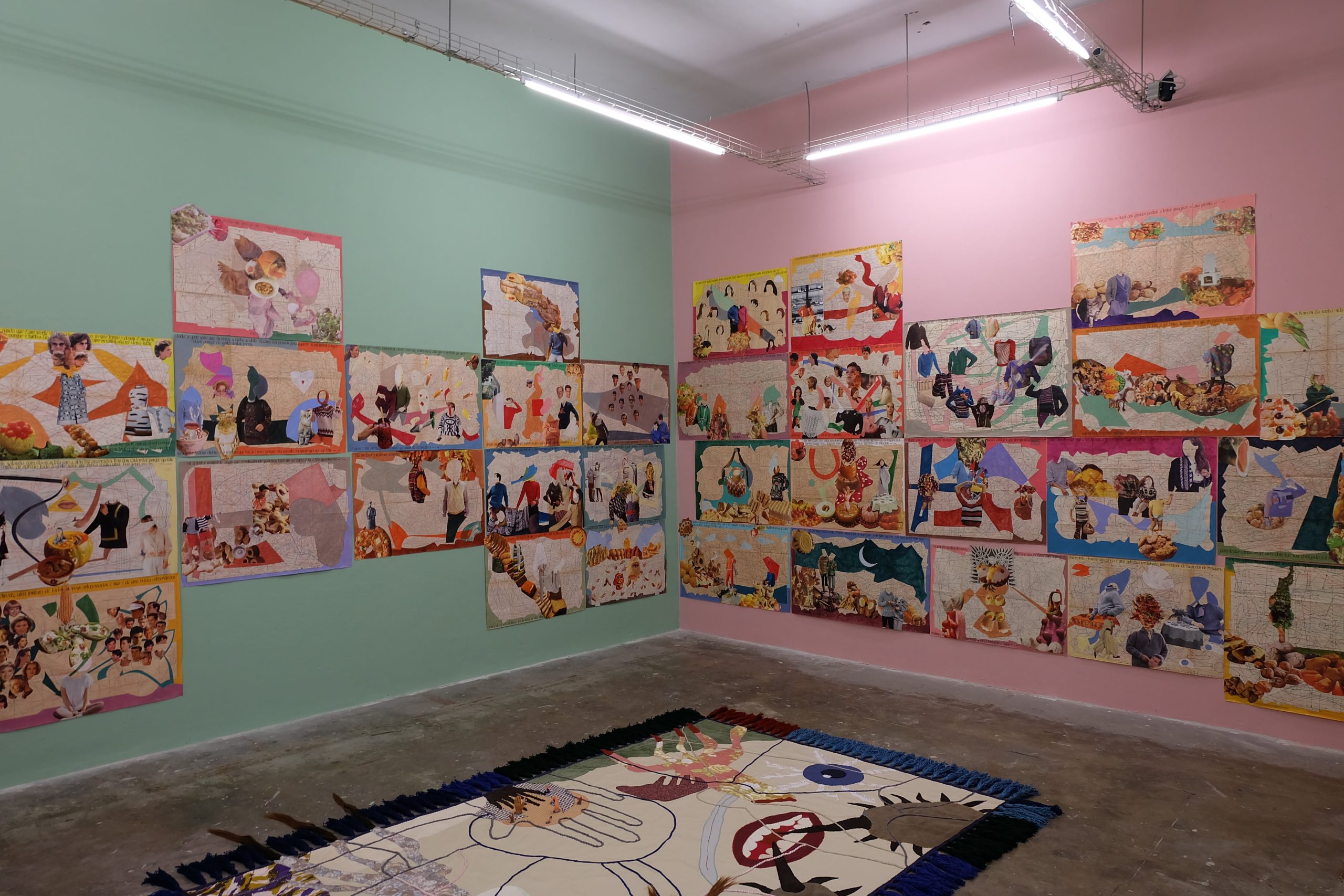 Even though I express myself in various ways and through different materials, I carry the soul of a painter, and this can’t be denied. I was born to paint and that’s why I keep doing it, even when it seems pointless or useless. André Breton wrote that he considers a painting as a window and that his primary concern is to know where it leads, that he likes nothing as much as seeing what stretches out in front of him as far as the eye can see. Painting was always the best way to understand what happened around me allowing me to create a visual autobiography. I became a collector since an early age, collecting objects, stories, memories, materials… they inhabit my studio and I pick them up when I need to, transforming them and giving them new meanings. Recently, I’ve been enjoying making collages, they influence my paintings and the other way around. What collage allows is the immediate, democratic and harmless decontextualization or recontextualization of images and narratives. It allows me to reorganize my memories and thoughts while elements from different eras and origins are joined together on the same battlefield.

My work has always consisted of a personal mythology (a domestic one) and fed itself from a growing interest in ancestry, ancient civilizations, religions, esoterism, mysticism and my relationship with nature.  Stories, characters, and questions emerge (sometimes in my dreams), and I give them the shape they need to become visible. I’m interested in my work’s ability to situate itself in a limbo between the visible and the invisible (what is said and what is muted). I prefer immersion to comprehension.

Sentimental Geography: how to build an oasis

Sentimental Geography: how to build an oasis is an ode to my grandmother and at the same time a reflection about my own life and the challenges I came across when I decided to leave the city and move to a farm in the interior of the country. My grandmother had recently passed away, I needed to transform grief into hope. I opened the boxes which contained the fashion and cooking magazines that once belonged to her, and I cut them. My scissors chose the images, the characters, the landscapes. Anyone who thinks that scissors don’t have a life of their own is wrong. I think through doing something, while the image is being constructed, while it reveals itself to me. I have no idea of what is going to happen. The moulds inside the fashion magazines, that have been used to make clothes, become maps and backgrounds in which visual stories start to appear, I build them intuitively. Like wallpaper these collages covered the gallery walls that I had painted with the original colours of the walls of the farmhouse we bought. With the fabrics and wools I inherited from my grandmother, I made a tapestry which was, in a way, a three-dimensional interpretation of the collages. I was questioning the role of women in society, looking at perfect lives on Instagram, dealing with machismo, superstition, pain, rage, the covid pandemic…

Kurt Schwitters said that the world’s garbage had become his art. With me it’s the same. Physical and moral garbage. Through collage I can do magic. When I’m finished, the torn magazines lay on the floor. Mortal remains of a previously uninteresting story that I manage to recreate, through which I say everything and reveal nothing. Every collage is a mystery and a revelation.

What inspires you as an artist? Ancestry.

What do you think is the purpose of art? To teach how to create a soul.