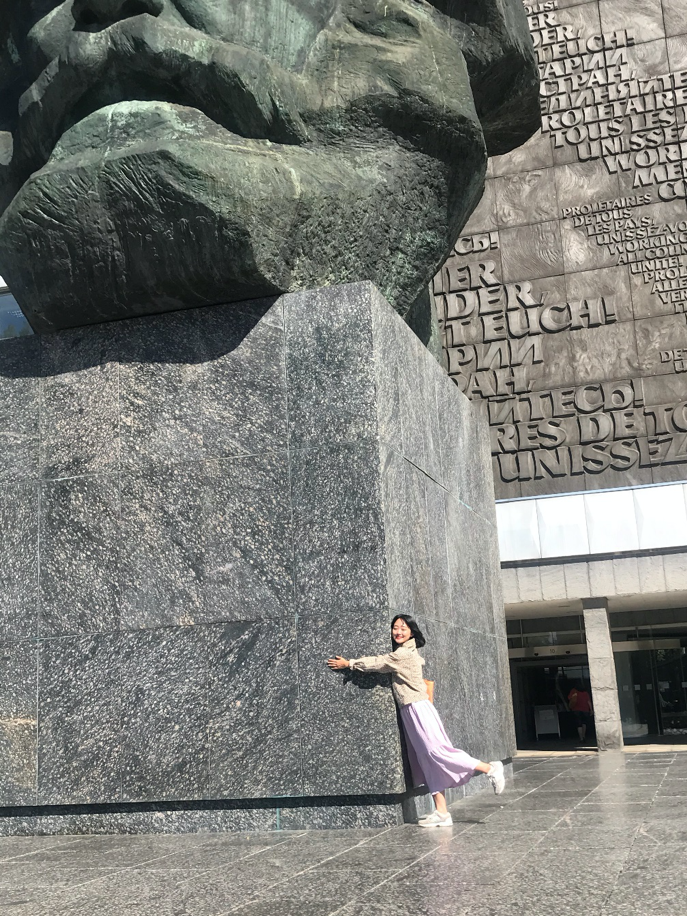 I enjoy being an artist and the empowering energy this job offers me. I become more of a kind person while I do projects as an artist.

Why are you a part of MagiC Carpets: I wanted to do a long term research project on a community in a particular institution. MagiC Carpets offered me the chance to proceed this with an institutional and financial support.

The point of departure for AMMA FI AMMAN is the etymology of the word Commoning for a two-week long intervention series in Amman in June 2019. The Arabic word ‘عُمُوم •(ʿumūm)’ which means the public comes from the root verb ‘عَمَّ •(ʿamma)’ – to spread, to prevail and to be  general and public and the Latin word communitas as the public spirit being shared in common. Coming together as one, as a spectrum of individuals, to explore and question specifically on the territory of Amman, which is being shared in common among everyone of us. During the project, commoning is understood as an assemblage of dynamic processes, that take place among shared contexts and spaces. Eventually, AMMA FI AMMAN will embody socially engaged artistic actions by proposing emancipatory spaces to examine, reflect upon and suggest alternatives in collective.

The series includes several projects by temporary groups consisting of local and international artists engaging with the city as a utopian stage. Formats vary from performances, screenings, workshops, concerts, gatherings, that are all an act of intervention. Fluid relationships between subjects and the city by collective endeavours evolve experiential, critical and projective interventions. Unearthing hidden spaces, empty plateaus and creating echoes with the people from the corners of the city’s structure. Opening windows, projecting light into the darkness and reconnecting with the forgotten. Undedicated spaces, unused stairs, an abandoned fun park, empty walls, the ground under the grey sky. The desolateness is the inspirational playground.

In February 2020, I’ve started a project called <Body and Institution> in collaboration with Lotta Schaefer within the community of ZK/U. This project is an artistic research project attempting to look closely at the relationship between Body and Institution while using Institutional Critique as an analytical tool.

This artistic research analyzes the relationship between an art institution and the workers in ZK/U, which (in my eyes) appears with the legacy of institutional-critical thought and practice, explicitly presents itself as being a socially engaged art institution. Me, who takes the artist’s position to analyze this institution, is a worker in ZK/U for myself. I’ve been building relationships with this institution since 2017 till now on various levels, such as internship, bar-staff, project coordinator and resident artist. I could say: I grew up with the institution ZK/U in the past years from various angles.

After 4 years of being around in this institution, I realized that an institution is not a solid social structure. It is rather a group of people, which I call in this research as bodies. The core character of the institution reflects the personal motivation of the workers, and the behavior of the institution mirrors the habits of those bodies. This structure of constant influence between the body and institution applies in both ways. Institution and body are a living organism, which share past, present and future together, as well as the embodied sickness together.

I’ve been having hours-long, one-on-one conversations with 16 current and previous workers in various positions in ZK/U, going deeply to approach the theme of Body and Institution. This work is an attempt to provide a safe space in the team for articulating emotions and reflection on our institution without any pressure of efficiency and productivity. These dialogues will be presented as art forms which will be created by the team members as well.

What inspires you as an artist? Context, Position, Insight

What do you think is the purpose of art? Building intangible communities