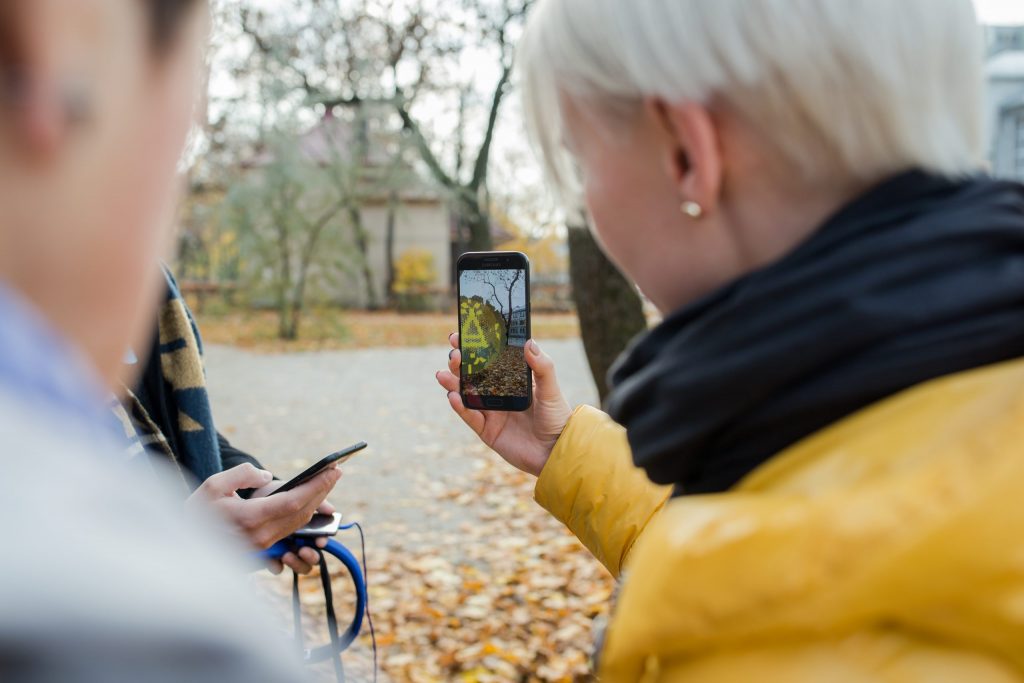 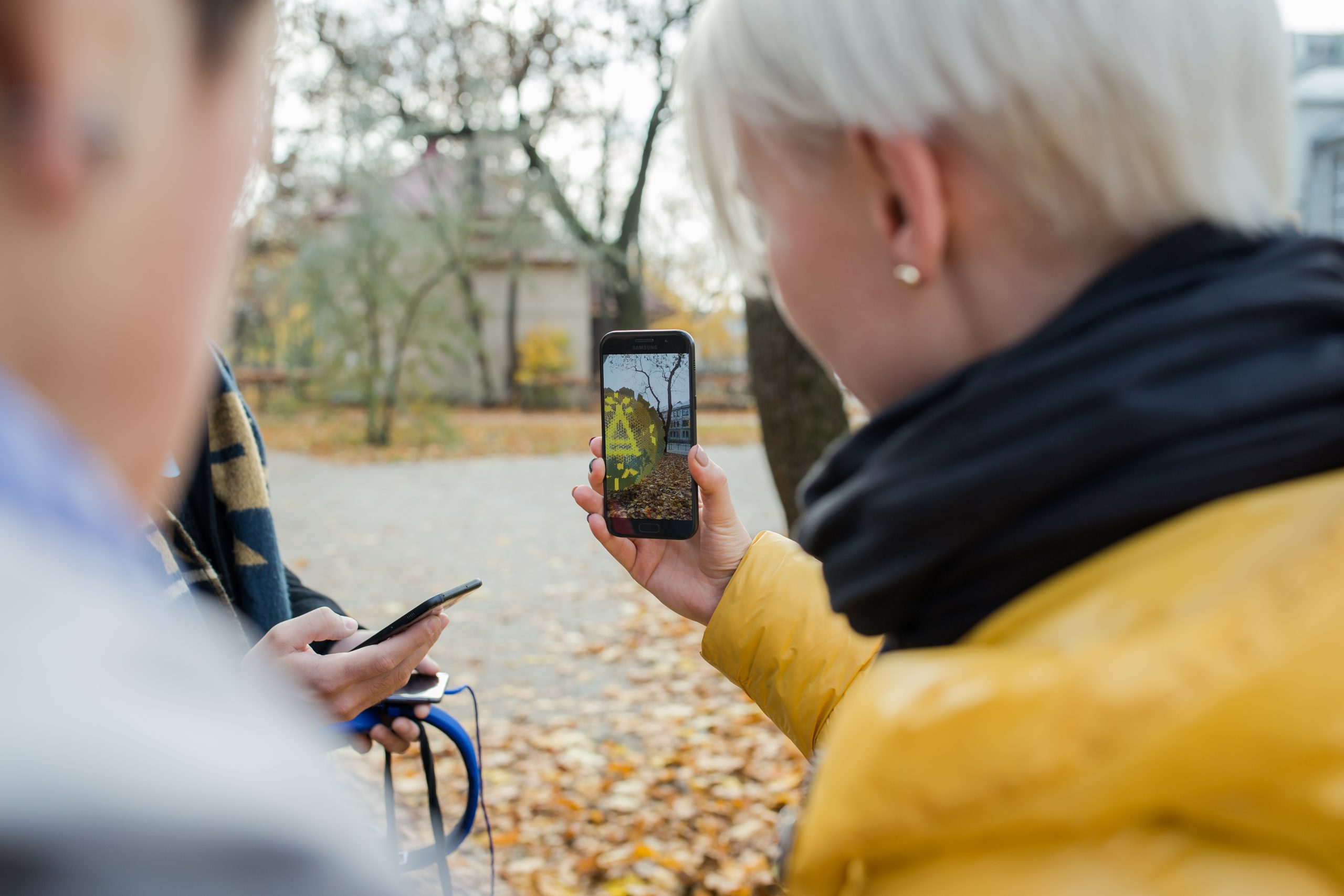 Why are you a part of MagiC Carpets: Neringa Stoškutė.

What inspires you as an artist? Mythology, folklore.

What do you think is the purpose of art? Articulating ideas.

Your favourite book(s): Poetry of a Sacrificial Ritual by Miodrag Pavlović.

Bičiulystė  is a site-specific interactive digital sculpture, inspired by the history of Ramybės Park and carried out using ancient symbols, connected through new technology. The site of Ramybės Park (Kaunas Old Cemetery) has a multi-layered history – starting from a Carmelite forest in the 18th century, becoming the main city cemetery in the middle of the 19th century and, eventually, turning into a park in the middle of the 20th century. Bičiulystė tells the complicated history of the park through the use of simple symbolic language. The symbols are embedded into honeycomb-shaped spheres, chosen for their symbolic meaning of unity and prosperity, immortality and rebirth. Bičiulystė provides an opportunity to look at connections between people, traditional values and cultural thought. It tells a contemporary narrative of the park and its history from a temporal standpoint and acts as a catalyst for the local community to reflect their own stories of the past and serves as a cornerstone for the future stories of generations to come. It is an expression of the symbolic meaning of kinship through honey, which is ought to be restored in the manner of sharing worth in art and stories, and stories told through art.

Bogovnik is an exploration of the connection between augmented reality and paganism in its digital form, or symbols and objects through the prism of ancient Slavic Pagan mythology. Its an augmented reality application that lets you see the recreations of the Slavic pagan deities when you use your phone to look at digitally printed carpets, that are a part of the exhibition.