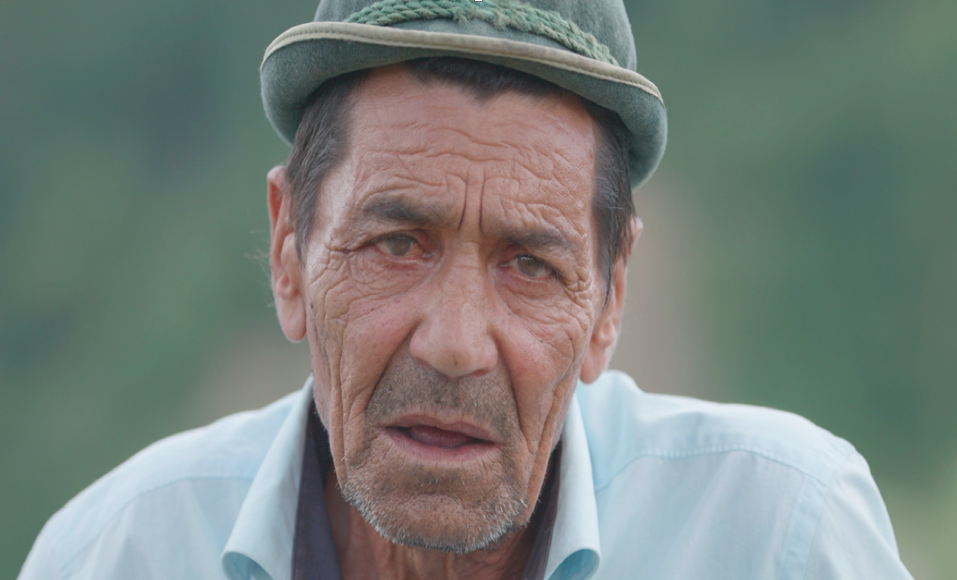 Mihai Gavril Dragolea specializes in documentary film. He made short, medium and feature film documentaries that were broadcasted at some of the most important festivals in Europe (Jihlava IDFF, TIFF, Odense IFF). His documentaries focus on the world of the marginalized and those not represented in the media, trying to bring the viewer a new version of reality.

His artistic practice aims at observational modes of expression, their use to generate empathy between the viewer and the social actors on the screen, through a direct involvement of the audience in the film. He is currently developing projects and working in the fields of cinematography and independent journalism, the last such project being focused on the COVID-19 pandemic, a web series called #EuRoPandemic broadcast on the independent journalism platform dela0.ro.

Why are you a part of MagiC Carpets: I was invited to participate at Slon residence, implemented by Meta Cinema – Meta Cultural Foundation during the project MagiC Carpets – Creative Europe Platform, 3rd edition, 2020, where I shot a short documentary on how people see their lives in the small mountain village.

Title: Everything for Riana

The documentary tells the story of Amalia and Kalo who recently became parents. Their new-born baby has a heart condition which can put her life in danger. Amalia is in Bucharest, waiting to take her daughter to Milan for an emergency surgery, while Kalo left for the Northern Italy to get the money they need.

When life offers no options, what are the survival solutions? Georgiana and Mona, two young women who arrived in Bucharest with the desire to succeed in life, end up working in the live chat industry. For Mona, this work soon becomes impossible, because her daughter grows up and the attempts to protect her child from the double life she leads become more and more difficult to achieve. Despite the fact that the two portraits emphasize very different personalities – Georgiana being of an explicit honesty, and Mona having a much more delicate attitude – the two women have an almost fraternal relationship, an exception in such a ruthless industry. Through the unprecedented access to this world, the two women allow a foreground representation of their life and work, bringing the viewer into an environment they would not otherwise have the chance to glimpse.

Steluța Duță, a 32-year-old boxer, multiple European and world champion, is preparing for the last big championship in her sports career. She hopes that this last gain will bring her the thing she never had, a house. Steluța Duță was abandoned at birth, lived a violent life, in drift and despair, until the age of 20, when she was discovered by her coach and adoptive father, Constantin Vocilaș.

A documentary miniseries, in seven episodes, about life in the time of Covid-19.

The Slon residency allowed me to experience the lives of fellow mountain people. 3 main characters, all with tattoos and a story to tell. Each built his image on what he holds dear. I allowed them to manifest this in front of the camera and edited the stories together, thus, a vision of the past, present and future of the Romanian mountain village was constructed.

Synopsis: Geneu knows many trades, from leather goods to construction and electric solo guitar. He stopped working in construction because it gives him the chance to create, to use his imagination by building various things. Geneu, who never wanted to leave his native village, Slon, fondly and respectfully recalls the story of his grandfather, a former prisoner of war. Mr. Durac worked all over the country, but the asphalt work left him with an incurable disease of the esophagus. Mr. Durac does not give up and continues to take care of his household with his wife, whom he married 40 years ago. Mr. Mircea saw how the valleys near the village of Slon were deforested; he also worked a lot with legally and illegally cut wood. His crafts are lost due to the lack of interest of the new generation, all his knowledge being dissipated once he dies.

Three stories, three protagonists, three destinies lived in the village of Slon, where man has a unique relationship with the forest.

What inspires you as an artist? Animal rights, plants, the hidden stories of marginal people and the Coen Brothers philosophy, existentialist philosophy.

What do you think is the purpose of art? Art (especially film) should bring people new realities that can challenge their existing concepts and generate empathy between the spectators and the onscreen theme (for example more empathy towards the natural world, which is very well needed or with marginalized people). I also believe films can critique our current ways of life, a critical standpoint can be delivered in an entertaining way.

Your favourite book(s): Albert Camus – The Outsider, Cormac McCarthy – No country for old men, Panait Istrati – Ciulinii Bărăganului (The thistles of the Baragan), Arthur Miller – All my sons.