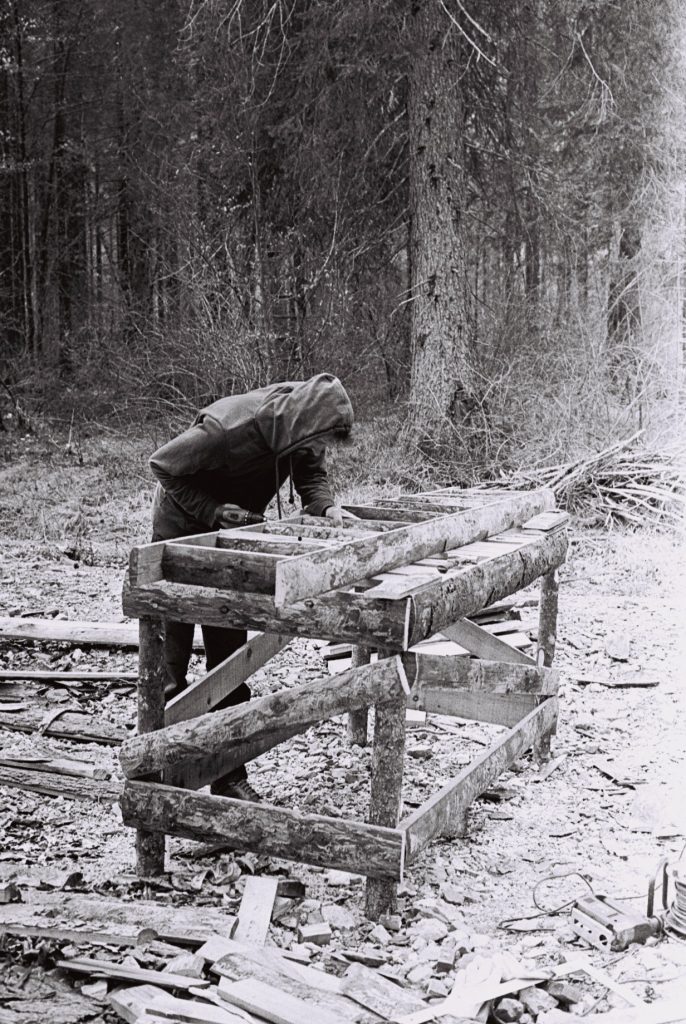 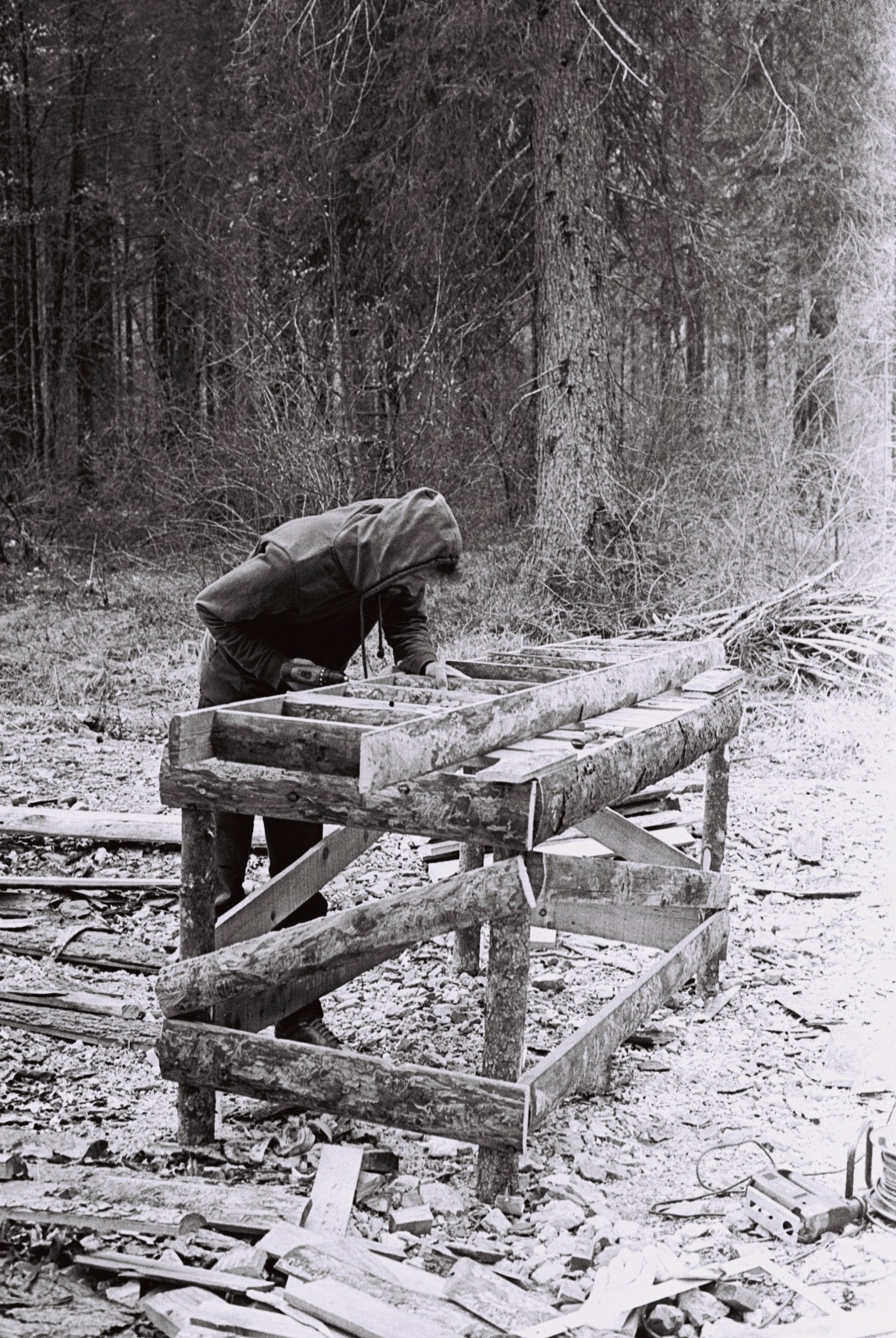 I believe in kindness and sympathy, and I try to treat everyone with the utmost respect. I’m fascinated by the beauty of and in the world and I aspire, through my actions, words and thoughts, to bring joy and wonder into it. With these principles in mind, it is my endeavour to work on projects that may always contain different layers of understanding and fruition in order to make them appealing to a wide range of sensibilities and engaging a broad audience, having in mind and being considerate of the diversity of backgrounds, skills and expectations of different people, with the intention of instigating, establishing and strengthening interactions & connections and including them as active participants in and of the artistic processes.

Why are you a part of MagiC Carpets: I was invited by curator Cláudia Melo from Ideias Emergentes, with whom I had worked before on other projects, to be part of the project in collaboration with Marko Jozic and Tatjana Mateša from Novo Kulturno Naselje, who are both, like myself, the alumni of the international platform Actors of Urban Change.

What inspires you as an artist? On the very basic human level, I try to arouse and foster the sense of wonder about the world in myself and other people through my work and the work of our collective.

What do you think is the purpose of art? Regarding the purpose of art, my current belief is that, as any other human activity, it may serve many different goals and perform diverse functions depending on the context and circumstances.

Your favourite book(s): I cannot name one… each moment of my life had its titles. I’m currently interested in the topics of suffering (and the possibility of its cessation), impermanence and interdependence…

Your favourite film(s): Same as with books, I cannot name one or just a few… I used to be more of a cinephile than I am at the moment. Nowadays I’m compelled to do activities that take me away from screens of any kind, since I feel I already pass so much time in front of computers, tablets, smartphones and TVs, so currently I’m in a more old fashioned “reader-mode”.

Arriving in Novi Sad with no expectations regarding what I was going to experience and what kind of work I was going to develop was an interesting approach, leaving me open to whatever would happen/come out of it, like an empty canvas to (be) work(ed) (up)on.

In this sense, the first third of my residency period was dedicated to getting acquainted with both the physical as well as the sociocultural local ecosystem while gathering all kinds of information from different sources in order to influence the artistic process.

From then on, the materialization stage begun at a professional carpentry workshop, where there was a genuine interest in the project and a will to helping me out, so on the last day, all the family members, from the 78-year-old founder Petar Drazic to his son Djordje and his 8-year-old grandson Petar, they all gave me a hand and I could feel all their human empathy and enthusiasm in the work.

Another rewarding highlight was to witness the willingness and resourcefulness from young local students aged 12–13 when engaging, participating, and expressing their ideas and opinions about the piece. Their English skills were excellent and they revealed a surprising maturity in their proposals about which activities could be developed in the future with “Show-Case”.

Having to choose a word that could summarize my residency, I would say “openness”: starting from my own initial approach, passing through the curators’ attitude and finishing with all the participants contributions.

Lastly, reflecting on the influence that this experience will have on the future of our practice, I would say it represents “another brick in the wall”, in the sense that I believe in a step-by-step evolution, in which every piece counts, adds, shapes and contributes to the overall body of our collective’s work.

An interactive acoustic installation with a strong visual impact that resonated with the 2017 Taipei Public Arts Festival theme, “Story of a River”, and the aquatic memories of the old course of the Keelung River in a playful and imaginative way.

Was inspired by old pagan cults to the Sun related to the summer solstice, from which the traditional St. John festivities are derived. Made of hundreds of golden moving plates, it produced changing effects throughout day and night, according to wind and light variations and the rotation speed given by users, also creating varying reflections and movements on an existent water mirror.

A temporary public staircase, which also posed as a “communication tower” through its interactive tin can façades. By using a system of two different colors, the possibility to create original and personal messages and images – by turning each can as if in a massive analogical pixel screen, was offered to the users who could actually participate actively in the constant mutation of the square’s image.

Produced in the scope of the European Capital of Culture, was our first piece conceived for public space. Based on the principle of swinging to produce electricity, it was also an ode to the rich industrial heritage of the city, reflected in its mechanical devices and sounds evocative of the ones once produced in its factories. It later won an Honourable Mention in the Portuguese National Wooden Architecture prize.

Was our first installation. Built from reused cardboard and mirrors, it occupied the stairwell of the eighteenth century building home to Velha-a-Branca Cultural Cooperative. It represented the moment when we realized the power and potential of interactivity and audience participation in art.