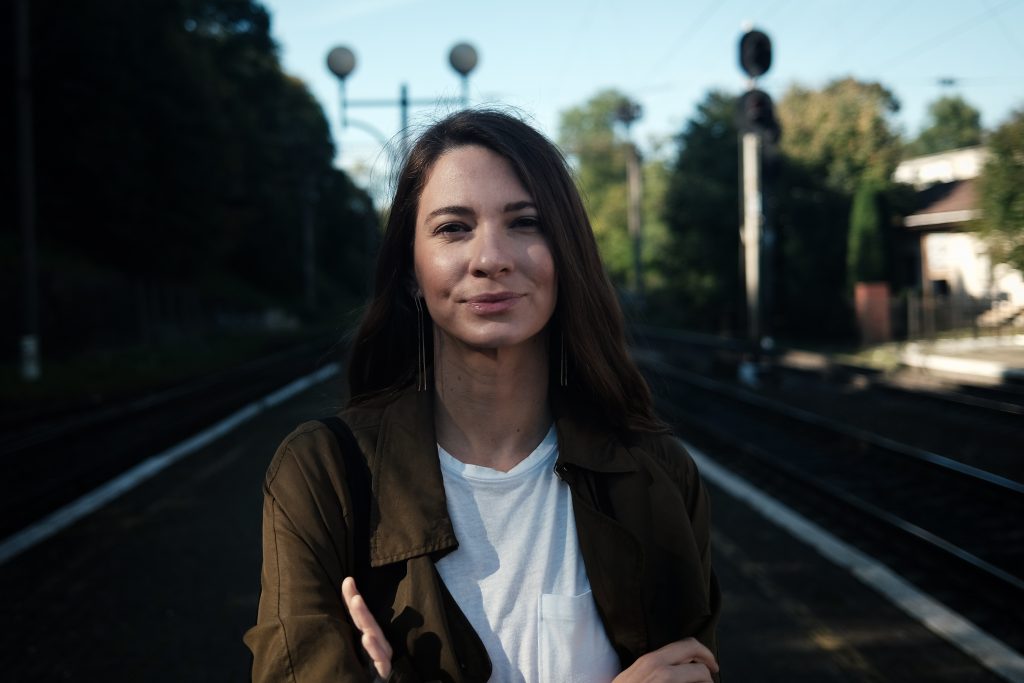 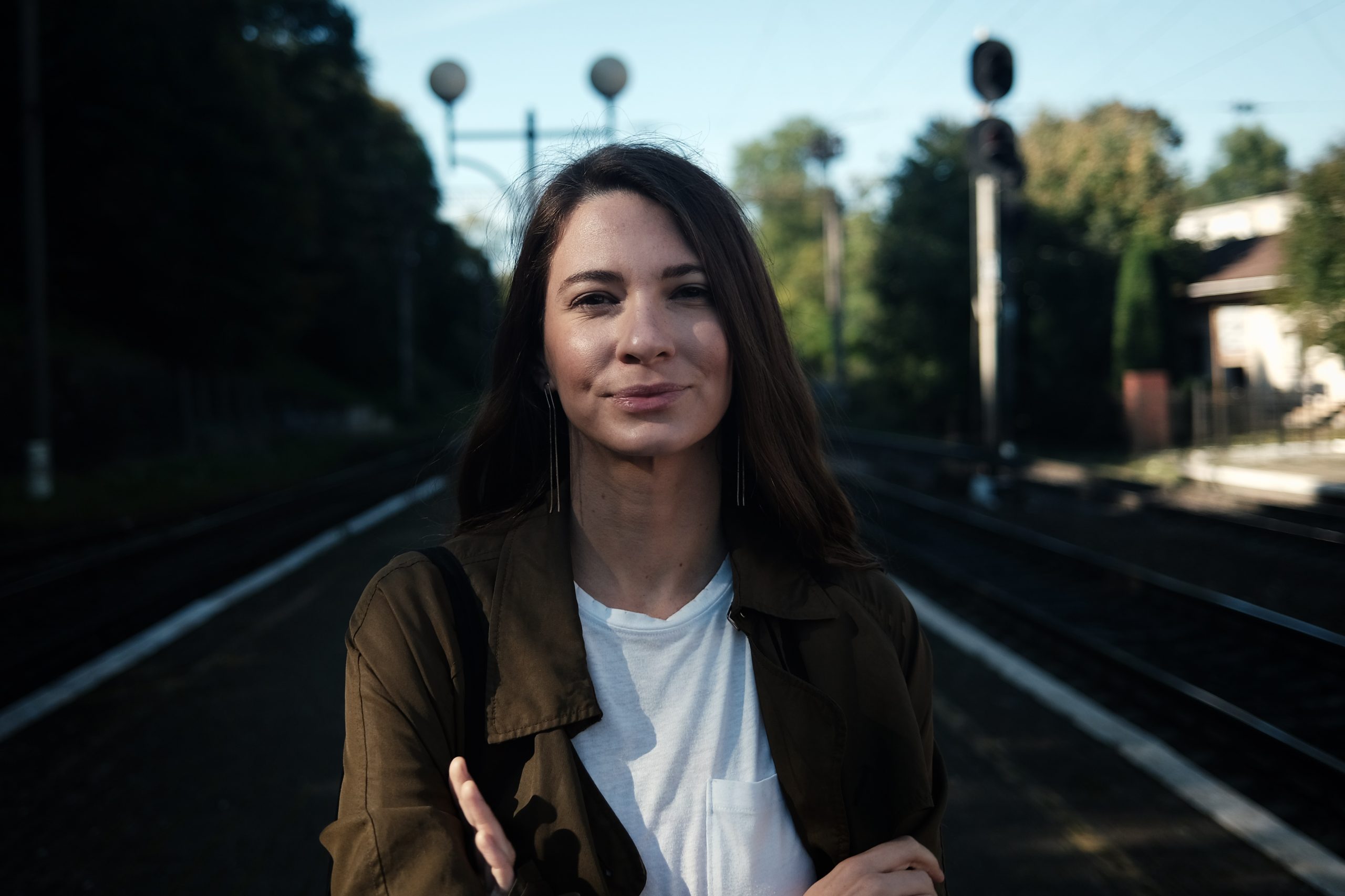 I’m a recording and performing artist from Zagreb, Croatia. My main focus is my solo career in experimental pop, but I am also frequently collaborating on various multimedia and artistic projects. The music style I do can be described as experimental/indie/pop mixing subtle melodies with electronic and theatrical elements. Once upon a time, I finished my Master’s degree in Architecture, but I’ve finally left my office job in 2015 to pursue a full time career in music.  As for my solo work and compositions, I’m performing mainly in my mother Croatian (south-Slavic) tongue. So far I’ve written and recorded five solo albums, achieved various collaborations in different musical genres (the most notable is the collaboration EP “Hyperventilation” with the techno powerhouse Insolate) and also collaborated across different media, participating in performances and projects including radiodrama, theatre, video game soundtracks and poetry performances. Along the way, some nice awards and nominations have been won and since 2019, I am an accepted member of the Croatian Community of Independent Artists (HZSU) approved by the Croatian Ministry of Culture.

Why are you a part of MagiC Carpets: I am very interested in expanding my horizons and exploring the intriguing site of Pidzamche. I strongly believe one grows as an artist with each collaboration.

“Tracing the memories of Pidzamche”
The research of memories associated with the Pidzamche district formed the basis of the current art residency in Lviv, organized by the Jam Factory Art Centre within the international Magic Carpets Platform.
Pidzamche is a postindustrial district with a complicated and tragic history. Jam Factory Art Centre team conducted in-depth interviews with people who worked at industrial sites in the area in the 1960s and 1980s. Guest artists Sara Renar and Teresa Barabash immersed themselves in area expeditions and personal conversations with witnesses to the events of that time.
Past projects you are proud of:
Title: WHERE DO YOU DRAW THE LINE?
Type: Radiodrama/concert/performance
The project was originally made for the annual Euroradio “Art’s Birthday” programme in 2017 with Renar being the local artist invited by the Third Programme of the Croatian National Radio to curate the audio piece. Four musicians (including Renar) and two actors  take us on a sonic ride in which they muse on the question of boundaries, compromises and all the visible and invisible lines that we do not cross. The performance was later performed multiple times throughout the region, including the radiophonic festival “Marulovi dani” on the Hvar Island (Croatia) and the performance art festival INDIGO in Ljubljana (Slovenia) and also recorded as a live album available on vinyl. And you, where do you draw the line?
Title: WINESTESIA
Type: Performance/soundscape/synesthesia
How would a specific sort of wine sound? “Winestesia“ is an ecologic and musical live performance made in collaboration with the Nantes music and social organisation Trempolino and the commercial music studio Mooders in 2018. This unique combination of wine tasting accompanied in real time by a live performed soundscape takes wine tasting to a whole new level, engaging all the senses.
Title: WHERE ARE WE, TELL ME
Type: Performance/poetry/soundscape
“Gdje smo ovo, pričaj mi“ (“Where are we, tell me”) is a musical and poetical performance based on the same-titled long poem written by a Montenegrin poet Barbara Delać made with the support of the Akademie der Kuenste Berlin stipend fund residency in Berlin and the i-Portunus artist mobility grant, 2020. Barbara’s specific poetry is matched with Sara’s urban beats and soundscape audio resulting in a sonic journey that explores language, immigration, class difference, closeness and distancing through the motif of the Berlin U-Bahn in the urban jungle.
Title: A FEW NOTES AND TUNES ABOUT OUR SHORT LIVES
Type: Performance/poetry/traditional
The performance “Pokoja rič i pokoja nota obo kratkem čovičjen viku“ (“A few notes and tunes about our short lives”) was made for the ETNO HVAR festival in the collaboration with LAB 852. The contemporary experimental musical performance is  based on the traditional music and poetry from the island (as written in the archive materials of the musicologist Ante Dobronic from the early 20th century), the dialect poetry written by the two brother islanders Jure Franičevic-Pločar and Marin Franičević (mid 20th century) and found sounds on location. Currently the project is being further developed as a series of audio installations.
What inspires you as an artist? People’s lives and stories, cities and urban landscapes, nature, other works of art.
What do you think is the purpose of art? The purpose of art is to transfer energy and reflect the times.
Your favourite book(s): Meša Selimović: “Tišine” (“Silence”), Ivo Andrić “Na Drini Ćuprija” (“The bridge on Drina”),  Mikhail Bulgakov “Master and Margarita”.
Your favourite film(s): Tarkovsky “Stalker”, Kubrik “2001 a Space Odyssey” , Wayne Wang “Smoke”.
Contact information
Email: [email protected] | Linkedin | Instagram | Facebook | sararenar.com