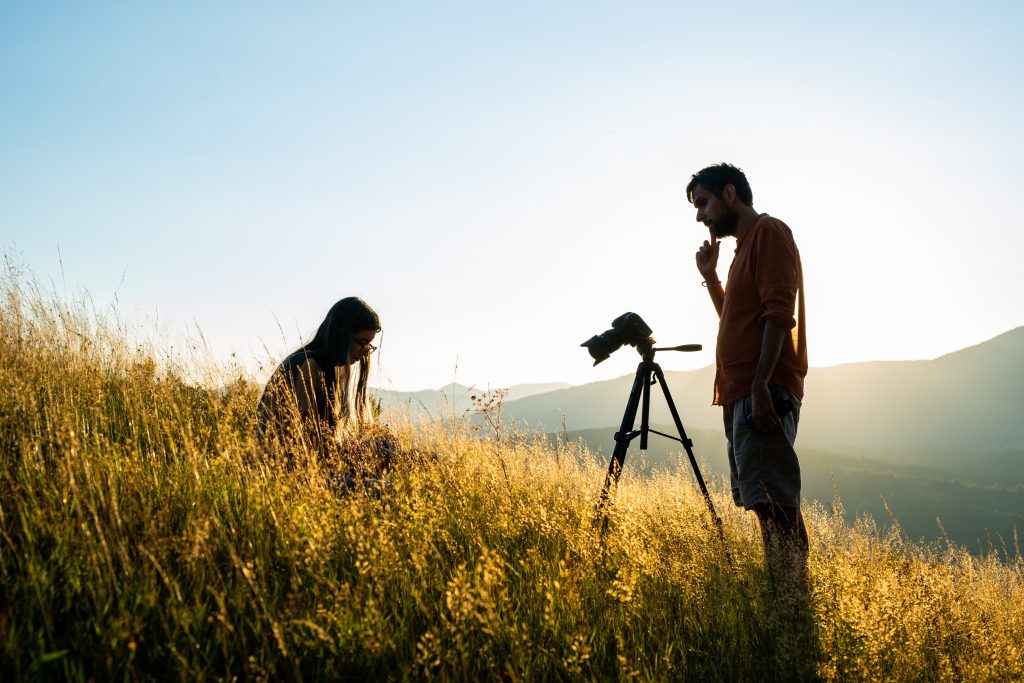 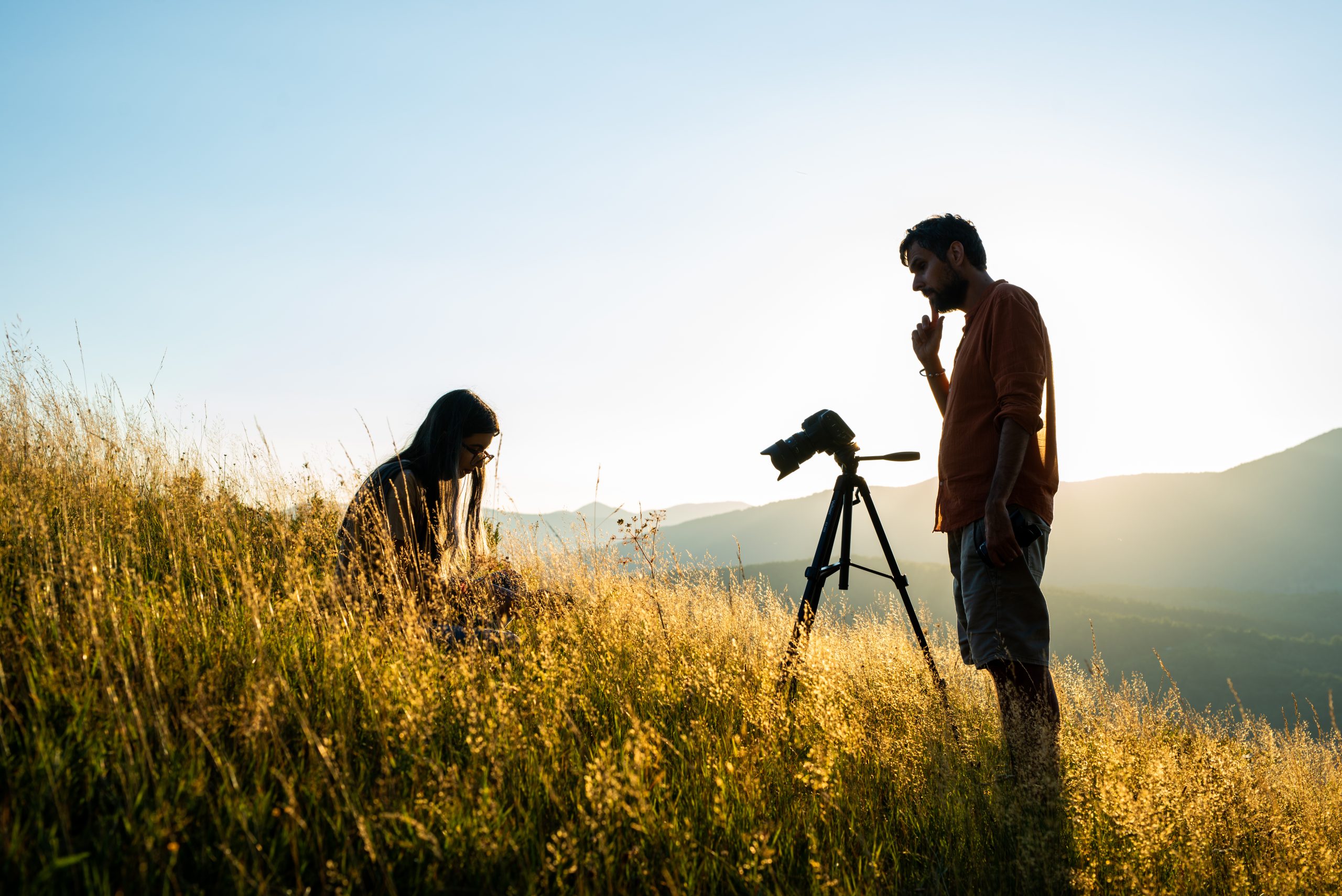 Toni Mijač is a film and multimedia artist born in 1988 in Split, Croatia. He gained a Bachelor’s degree in Film and Video at the Art Academy in Split and a Master’s degree in New Media Art at the Fine Arts Academy in Zagreb. He worked on numerous conceptual, cinematographic, and commercial projects, also having collaborative experience in local and international residencies, workshops, and festivals across Croatia, Austria, Slovenia, Germany, Lithuania, Romania, Portugal and The United Kingdom. He was the author of seven solo exhibitions and participated with his work in eleven group exhibitions. In his artistic work, he predominantly plays with everyday impulses in different areas of human life, routines and tendencies, which he explores using the language and expressive tools of various media forms such as film, video, text, installation, performance, photography and social/community practices. His awarded works are ‘Connection Is/Not Possible’ which received the public’s vote on the HT Contemporary Art Award 2018 in Zagreb and the jury’s 2nd prize for best artwork on the GRISIAyouth 2018 exhibition in Rovinj, and ‘Slon Eye’ – the jury’s 1st prize for best artwork on the GRISIAyouth 2021 exhibition in Rovinj. Other residencies: Leipzig, Germany – HDLU (HR) / Hafenkombinat (DE), ‘De/Construction of the Image’ residency, 2022; Hallein, Austria – Metamedia (HR) / Schmiede (AT), ‘Summer Session 2022’ residency, 2022.

The project ‘Slon Eye: Bună ziua’ is a continuation of the puzzling communication methods between me as the artist and the village and the locals of Slon as the subject. The research phase started with the same questions for the inhabitants that were posed for the first film ‘Slon Eye’ (this time with me present). Despite the language barrier, by ways of informal translation and non-verbal interaction with the locals – my portrait of Slon found an intersection with the community in which we have common ground and that is the question of ‘What is art for you?’ out of all the asked questions, this one seemed to be the most engaging one for them. Around this temple theme, the film is built with characteristics that resemble the techniques from the first film while portraying a warmer and more intimate approach to the community. The essayistic experimental film presents answers to the previously posed questions accompanied by visuals of nonverbal atmospheric illustrations of art, as presented by the locals.

The concept of ‘Slon Eye’ revolves around the idea of exploring an area when there is no possibility to physically do so. The director, who is virtually connected with a collaborating cinematographer on location, navigates and documents his interests through the eyes and lens of his collaborator. With dominating technical, language and distance barriers, all these factors helped build a poetic audio-visual relationship between the author, the cinematographer, the village of Slon and its inhabitants. In the film, this is depicted through the intentional deconstruction of sound, speech and image in the form of a collage, along with symbolic compositions of village ambience details and digitally manipulated wide public shots. The director and four interviewed individuals narrate the storyline edited in a cut-up style, highlighting the language disconnection between the director and the Slon residents. This overall approach atmospherically portrays the difficulty and the beauty of achieving a fully formed experience of the village through all these limitations.

The research phase for my online residency consisted of an insightful virtual tour guide led by my collaborator artist-cinematographer Vlad Dinu and a number of talks with the locals. This experience made me instantly familiar with the village in a very confusing state of consciousness, considering I have never physically been there. The interviews with the locals were carried out by me writing down my questions of interest and Vlad recording their answers.

Another interesting part in this co-creation with Vlad was the compatibility in aesthetic style of work that we seem to share. After ten days of virtual exploration of Slon, filled with walks, talks and engaging moments, I came to the point where I felt as if I became familiar with the village and its locals as if I was actually there in person. I already had a memory of the routes, houses, people and some of their characteristics.

The barrier between virtual and physical perception somewhat blurred out in some moments. This dislocated kind of ‘visitation’ and community involvement is like no other experience I have had and it quickly became the building motive for this experiment. With dominating technical, language and distance barriers, all these factors helped build a poetic audio-visual relationship between the author, the cinematographer, the village of Slon and its inhabitants.

In the film, this is depicted through the intentional deconstruction of sound, speech and image in the form of a collage, along with symbolical compositions of village ambience details and digitally manipulated wide public shots. The director and four interviewed individuals narrate the storyline also edited in a cut-up style, highlighting the language disconnection between the director and the Slon residents. This overall approach atmospherically portrays the difficulty in, and also beauty of, achieving a fully formed experience of the village through all these limitations.

The focus of the concept for ‘Catharsis’ is a specific aspect of psychoanalysis: introspection of men. In this project, men of various ages are invited to collaborate by immersing in contemplation of one experienced event woven into the archive of their memory. While the individual is evoking this chosen event and reliving this experience in their stream of thought, the author photographs this session as a portrait of this starting point. Later on, inspired by these re-awakened emotions, the individual performs a practical procedure of expressing his thoughts through self-chosen medium(s) and format(s), in this way channelling his relationship towards the memory and its impact on him. Thus, the participants become co-authors of the project whose works remain as documents of a single intimate moment and expression. On an individual level, this catalyses a release and opens up a possibility for the reinterpretation of the experience. Moreover, the final goal of this collaboration between the author and the participant is hidden precisely in the materialization of their introspection: a cyclical establishment of relationships – with themselves, with the author of the concept and, finally, with the audience.

What inspires you as an artist? My motivation for artistic expression derives from the impulses I get from my surroundings, from the locals and from everyday life situations. Inspiration comes from actively observing myself and other people, spotlighting the performative aspects of this perspective and remodelling those interests in an artistic method. What triggers me is any motive that provides a new or different angle of meaning, especially if relevant to sociological or cultural contribution.

What do you think is the purpose of art? The purpose of art is to enlighten, motivate, play with, highlight, question, inform, and transform our perception of the past, present and future outcomings of life.