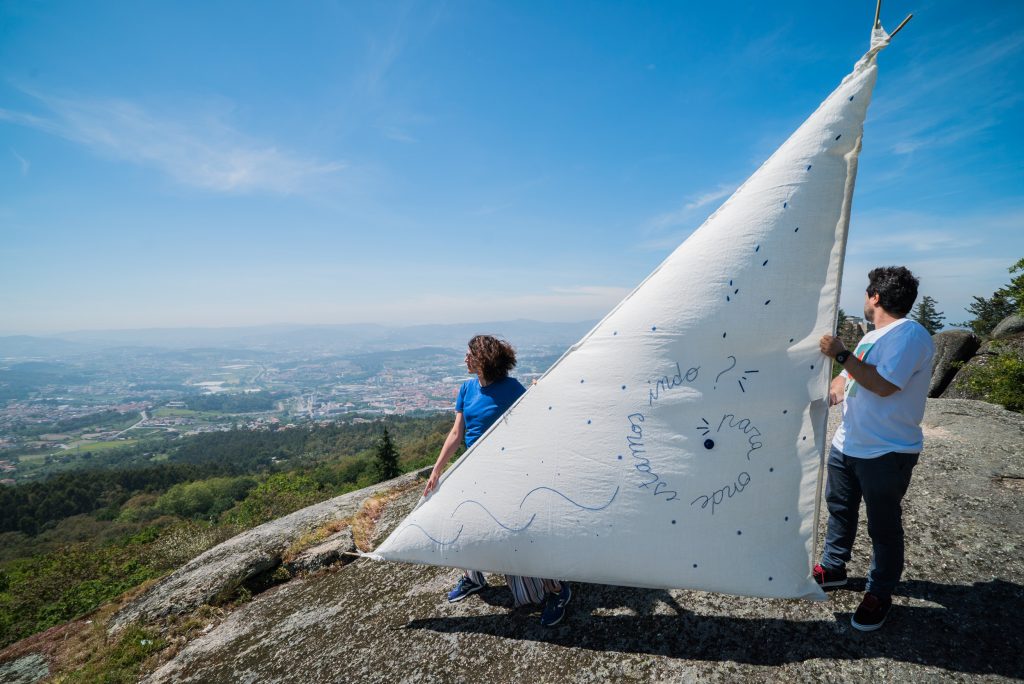 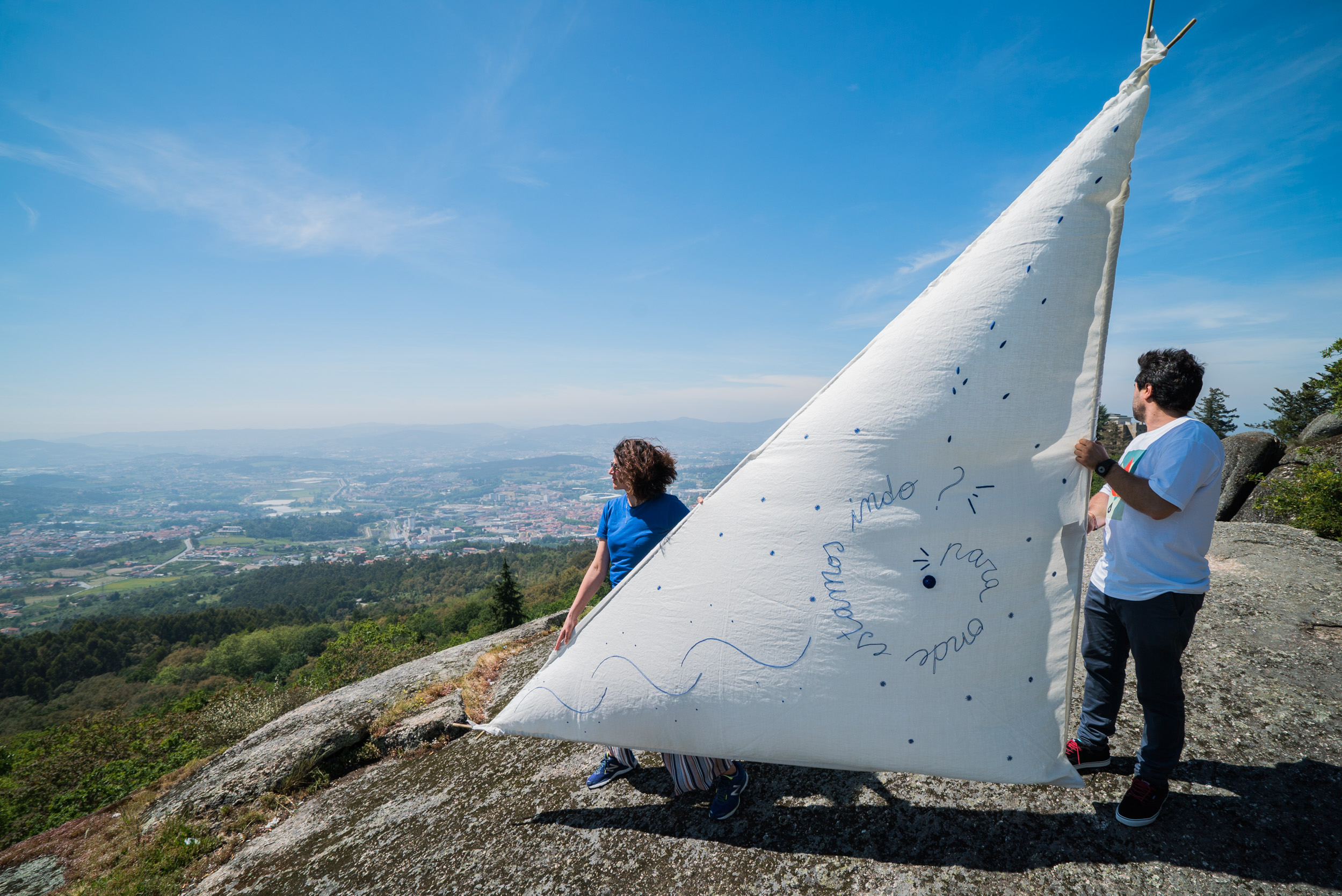 Why are you a part of MagiC Carpets: Latitudo Project proposed me to Ideas Emergentes that chose me as an artist with the aim to work with the community of Guimarães about the textile memory.

What do you think is the purpose of art? Create new visions.

Your favourite book(s): It depends on the period of my life, The Lotus Sutra.

Virginia Zanetti, Para onde estamos indo? (Where we are going?), workshops and performative actions with the community of Guimarães, organized by Ideias Emergentes, proposed by Latitudo Project, for European Platform of MagiC Carpets, Guimarães, Portugal, 2019.

I  collected some textile memories of elderly from Santa Casa da Misericordia and other people of Guimarães community. These memories and questions about the future are embroidered by Guimarães women and myself using the traditional technique. The textile memory is embroidered in the fabric in the textual form, creating a short circuit with the etymology of the word text. I created two Latin sails like those of the Portuguese caravela in linen, in the past a fabric cultivated and processed by local families for multiple uses. Then the entire community held  these two sails in the wind from the highest point at Guimarães. We need to look at our memory from the right distance.  Exploration by sailing is a very symbolic image, very strong in the collective memory and for the history of the birth of Portugal as a nation. Moreover, caravela, the Portuguese invention, with its ability to turn every kind of wind (including those against), may become a strong symbol for the community to use their memories. The Portuguese are connected to their past as sea conquerors. There is a prevailing feeling of saudade a nostalgia for better times. Now they are experiencing economic changes and a crisis like other countries all over the world. With all these memories we should and can wonder where we are going. Colonialism, capitalism, human greed, may always lead to a state of crisis to be crossed in order to rethink the real. Memories transformed in a vision for the future.

The Pillars of the Earth

A collective action that allows a new taken on the possibility of people’s emancipation.

Aim at reversing the point of view, sharing the experience with people from different areas, creating a new wandering community in search of a new ethics or spirituality. The work explores the concepts of rebirth and revolution through the reversal of the vision. Walking to reach tops from which you may “see” better, we talk, exchange ideas and create spontaneously a new community of people. People doing handstand are supporting the world becoming the Pillars of the Earth and triggering a process of collective construction of new concepts  and new ways. The action reverses the perspective: the individual supports the world, along with others, crucial nuance  whether to play an active or a passive role in the society. The lasting peace and the wellbeing of human beings do not depend only on the reform of society but also on the  transformation of  every individual’s  life which can contribute to change both the destiny of a nation and the  fate of humanity. With this collective action, each space becomes a place with particular meanings, which are actively conveyed by the people that are involved in the performative act. I found some places of special interest for its connections with the exploitation of environmental resources and I cooperated with local people in order to create a series of workshops and participatory performances that would encourage the exploration of individual and collective potentialities.