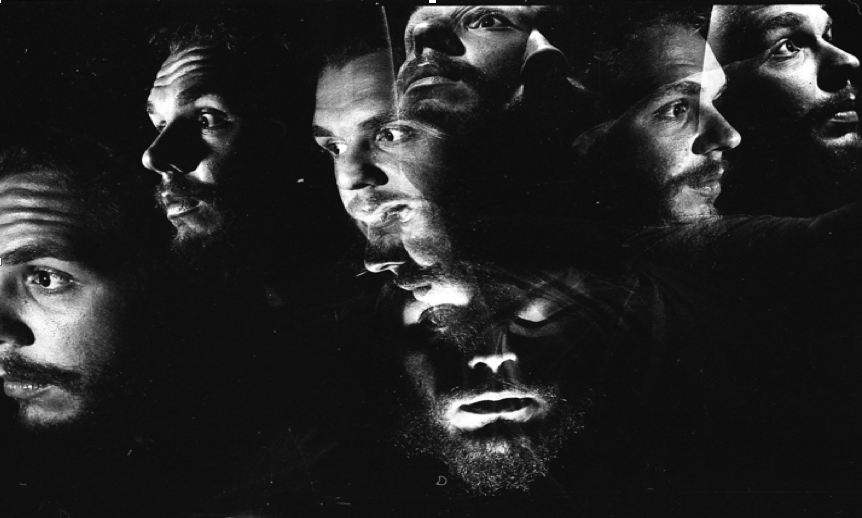 Vlad Dinu is a Romanian visual artist and photographer, who lives and works in Bucharest, Romania. Vlad approaches ideas such as soul and metamorphosis of the human body, explores and observes nature, the urban medium and architecture, through an abstract way of seeing the unseen details on different layers of perception. He has a M.A. degree in Photogra­phy and Dynamic Image, licensed in Photography and Video – Computerized Image Processing Department, at Bucharest National University of Arts.

Why are you a part of MagiC Carpets: In 2019, I was invited to participate at Slon residency, implemented by Meta Cinema – Meta Cultural Foundation during the project MagiC Carpets – Creative Europe Platform, 2nd edition, 2020. During the residency, I realized a short movie called Sanctification (pseudo-story).

In 2020, at the 3rd edition of the project, because of the pandemic situation, I worked with Toni Mijač through video streaming, for him to be able attend the residency online.

Thus, he discovered the village of Slon through my ‘eye’. Also, I realized the cinematography for his final project of the residency, Slon Eye.

In the room from the movie, more than 15 years ago, I and my family were serving dinner on Sundays, but also on special holidays. It was a typical family atmosphere, dialogues full of all kinds of memories, opinions, preferences, jokes, but also contradictory discussions, an atmosphere that we can all remember. Now, this room has been locked in time, the old furniture, the old TV, the picture on the wall, the outdated bed, the crumbling walls, the blackened floor, the windows with wooden carpentry and the oval table with chairs of different models, all unchanged, looking like time hasn’t passed. But the only thing that has changed in this room is just the silence that has lingered for some time, the sounds that took place once, every weekend, went out. Some went to studies in other cities, others created a new family and moved, and some loved ones left permanently. Gradually, this room was abandoned and transformed into a pseudo warehouse. Through the re-enactment, brought by the sound, I bring to life the sound of this room through a recording of conversations held at a dinner in a restaurant, with my family and a few friends.

The socialist architecture, with high blocks of reinforced concrete, is transformed from regular, well-defined geometric forms into an irregular geometric chaos, in which the initial form of the blocks is lost. The appearance of broken and curved lines brings to the surface the aesthetic complexity that lies behind the „communist block”. New constructions that no longer resemble the original ones now have abstracted shapes; those blocks are now irregular fragments, like pieces of broken stones.

The project “An indistinctly chaos of details”, illustrated in the form of a series of seven photographs, is an abstract-documentary one, and represents the study of the architecture of a large city. Using a modular and mobile filter (made of a black canvas from which I cut several rectangles), placed in front of the camera, I wanted to highlight the agglomeration of the architectural styles in Bucharest, a city that over a hundred for years it is undergoing continuous transformation. The inspiration for this project came from a decorative element of a block staircase, from a neighbourhood located in the southwest area of Bucharest. This uncovered element suggests the diversified architecture of the city through the multitude of shapes and dimensions of the buildings that are repeated in some places.

The book “Flash Portraits”, which illustrates a series of self-portraits with multiple exposures. This series has started from the idea that humans experience many feelings and emotions simultaneously. This flipbook visually discusses the accumulation of feelings and emotions through the use of photographic images. The book begins with a black image in which nothing stands out. On the next page there is a portrait that expresses a state, then, with each given page, a portrait with a different feeling is added until the frame is crowded with portraits with multiple states. At the end of the book, the image turns white. The transitions from black to white, from a single portrait to a multitude of portraits whose faces are no longer distinguishable in the end symbolize the gradual loss of personality in a sea of feelings that can flood the human mind and soul.

The film is built as a pseudo-story inspired by the second law of the Decalogue, together with other stories from the Christian-orthodox Old Testament. During the film, the artist tackles the current vision of religious “idolatry”. This theme is researched through the image of a natural roadside cross and its consecration. We discover in this pseudo-story that the sacrifice of an animal is still used in religious rituals. In the vastness of nature, God hides a crucifix inside the trunk of a tree, observing that people still worship idols two thousand years after the death of Jesus Christ.