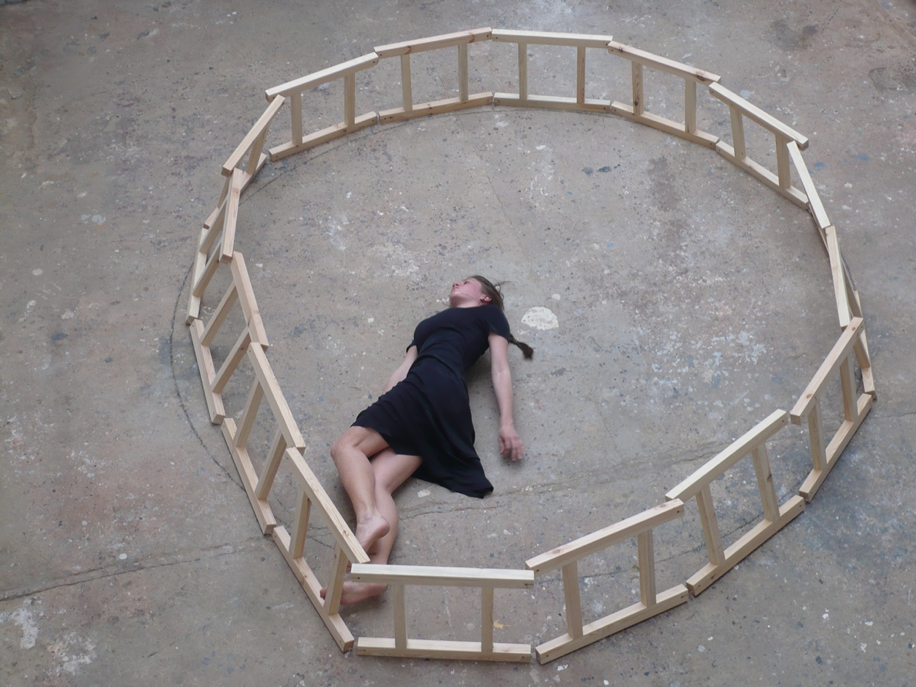 I explore the nature and the specifics of certain environments, spaces, and objects when the concept of “presence” provokes changes in the primary significance of places and situations. I’m interested in revealing the double reality and the notion of ambiguity. The main themes of my works are connected to the environment, place, context, and memory: the memory of the object creates a new situation. It gives a possibility to feel the local life.

Why are you a part of MagiC Carpets: Creative collaboration and exchanges are the keys to the development of a contemporary artist. MagiC Carpets is a platform for creation and research. It gives a chance to meet different communities, new people and to work with them. It is a great experience that would be impossible to get in a familiar environment, where we are used to the place and surroundings, to the ambience.
We need a change to have a fresh look at what we do. MagiC Carpets opens this opportunity. It creates a way to learn and get new artistic practice, to present the artists’ works and to share professional experience with other artists and to collaborate with the local people.

What inspires you as an artist? People, contexts and everyday life teach us to see poetry in small things, in the ordinary. It inspires.

What do you think is the purpose of art? To feel the filling looking at the emptiness

Your favourite book(s): The Little Prince

Your favourite film(s): “The Colour of Pomegranate” by S. Parajanov

Past projects you are proud of

Title: Visible invisible roads
Type: Performance / 2013
Brief description: The idea of the project “VISIBLE INVISIBLE ROADS” appeared in Poznań (Poland) during the Gaude Polonia scholarship program. Although the Revolution of Dignity began after the artist returned to Ukraine, the pressure and tension at that time seemed to be “present in the air”. It was felt very acutely in a foreign cultural environment. So the performance came out as an attempt to express a vague and incomprehensible sense of discomfort, and also as a result of studying the space – the rounded architecture of the Rotunda Gallery in Poznan. This project marks the transition link from space as an environment external to a person, to the environment into which a person is immersed, with which he interacts, which they influence and are inevitably influenced by.

Title: Kilograms of the memory
Type: Performance / 2019
Brief description: “Kilograms of the memory” is a series of performances based on the stories from my memories. The place is very inspiring, its context, light, and the objects that are here. For several days during the residency, I worked on a papier-mâché object at the workshop of Espace o 25rjj (Loupian, France): it was a pillow that becomes a sign of memory that turns into a dream. This pillow is solid, it has an unalterable final shape that can only change with the presence of reality. “When I was little, I had a cushion with birds of which I dreamed of the horrors. I’m lying now on a rusty bed and watch the birds flying in the endless sky.”

Title: Dialogue /2020
Type: Performance, installation, objects, photography, book
Brief description: During the period of confinement (March–July 2020), I collaborated with the French artist Barbara LeBéguec Friedman on the project “DIALOGUE”. It consisted of the everyday video performances which were filmed by ourselves and it was our form of a conversation. It was a research of the distance, of the space of 2300 km between Lviv (Ukraine) and Ponteilla (France), of the border between individual and public space, of the situation which is almost invisible.
This project was realized in The Korsak Museum of Contemporary Art (Lutsk, Ukraine) in October 2020.
The concept of distance, its flexibility, presence and absence, visible and invisible, were creating the way of this project each day and it became apparent in the performance on the opening. Here the presence of two people built a new space for their dialogue and proposed a polylogue with the participation of the viewer. All actions took place around one point, at the centre of the spiral, where the feeling of distance and time amplifies.

Title: Time calculations /2015
Type: Installation
Brief description: The idea appeared because of the feeling of being in the corner. We count, we do, we work and we are looking for but nothing changes. The project consists of three parts: “Abacus”, “Dial” and “Dice Game”. Sugar bones, hung on strings in a horizontal position, resemble an abacus, but it becomes absurd because they can move only at a predetermined distance by the node. I use sugar because it exists as an attractive simple element that often appears in our daily lives, but it can easily be turned into excessive overdose. An offer to play dice with sugar cubes addresses the absurdity in which we often appear wasting time, situations and opportunities.

Title: It hurts / 2015
Type: Installation
Brief description: The idea of the installation “It hurts” appeared because of the context of the place. The invisible tension of the prison where hundreds of Ukrainian, Polish, Jewish people were murdered still gives the feeling of wounds even if the cells, rooms and corridors are empty and open nowadays.