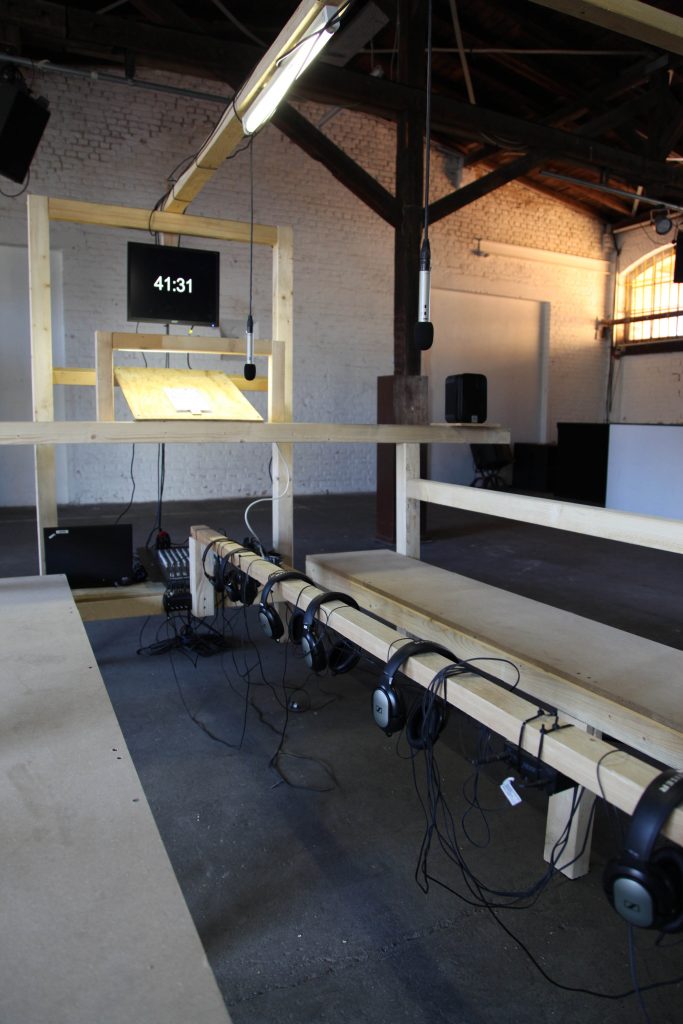 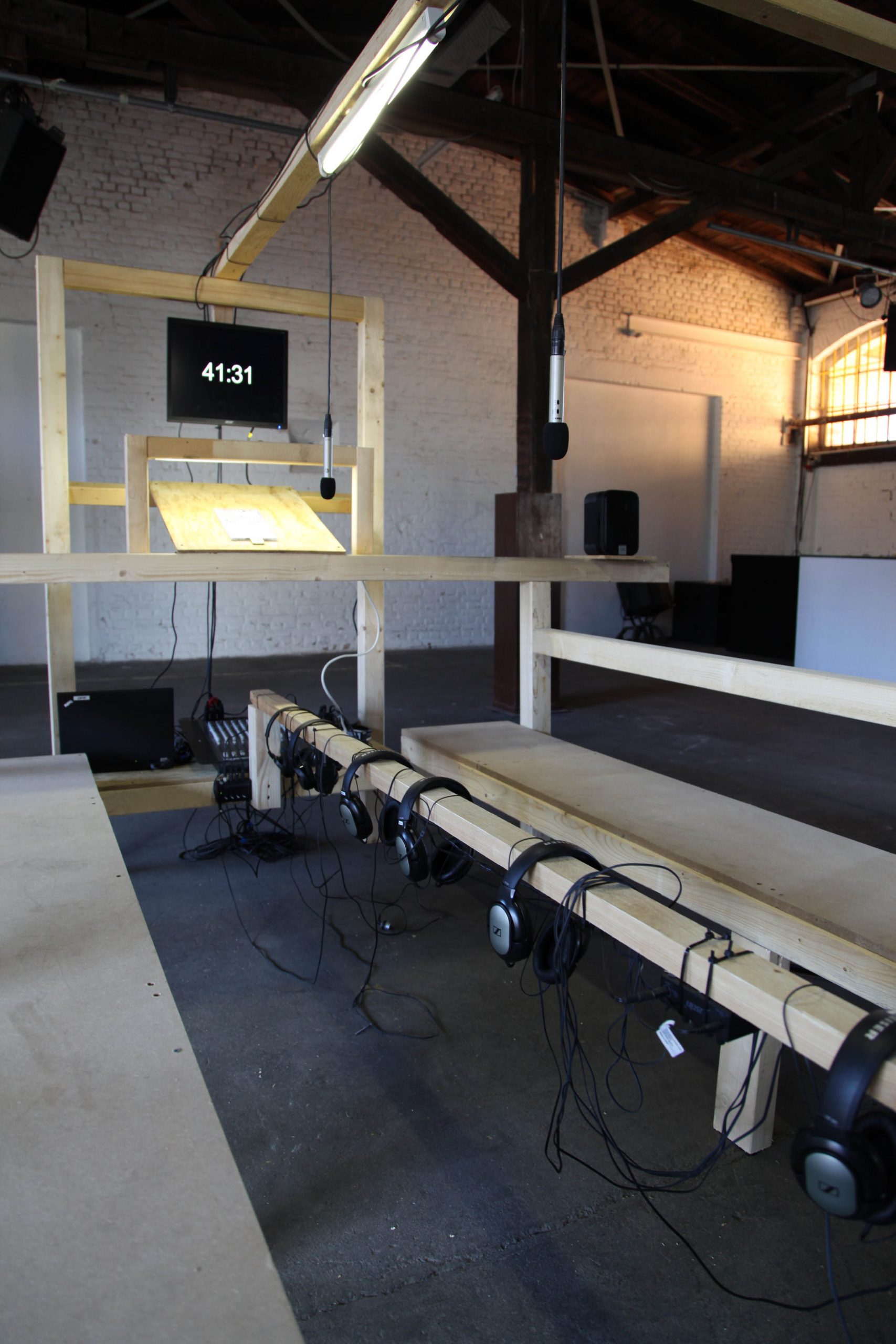 I was born in 1992, Tbilisi, Georgia. Later, I studied in Tbilisi Theological Academy from 2011 to 2015. I continued studies in the Center of Contemporary Art – Tbilisi. From 2017, together with other artists, I created an artistic educational platform “Parallel Class”, based in a public school. From 2018, I am a member of “InChina” collective.

My actions are directed towards the uttermost analysis and combination of possibilities and resources in order to create novel, autopoietic organisms within a given environment. The type and amount of instruments needed take shape during the process, multidisciplinary experience expresses itself in a rather intuition- and emotion-oriented approach. Concretization of the working space depends on the respective requirements, possibilities and potential.

My main area of interests deals with currently ideational, virtual or material spaces, serving as platforms for coming together, and for the accumulation and exchange of knowledge. The essential question or area that I am working on is the activation, development and usage of secondary education and school in general.

Why are you a part of MagiC Carpets: There is a lot of reasons, I think one of it is Tbilisi and Berlin.

What inspires you as an artist? Childhood and sins.

What do you think is the purpose of art? To learn how to use everything.

In the year 1106, during the reign of King David IV of Georgia, a new structure was built based on maximal reflection and transfer of the respective spiritual and material circumstances. In unison to the geopolitical conditions at the time, the space transformed into a unique, unprecedented hub for cooperation and for exchange of knowledge and opportunities. Intellectual dynamics from the Byzantine Empire fused with local experience and knowledge; the orthodox discourse within its structures gained an additional profile – a school. Thus, “Gelati” was born.

Resulting from the teaching material generated by the educational processes of the Gelati school, the analysis, translation, renewal, return of certain educational structures strikes as crucial. Gelati is located 10 km from the then-capital Kutaisi.

The work which was created in March in ZK/U is an example/model of a school. The structure and idea of the area stems from the Gelati content/structure, transforms into the form of ZK/U-Berlin and considers the child’s involvement in actual processes. The character of the school was physically revealed in one lesson, with no teacher, and during which the process relied on several key issues: connection, recording, publication. The main weapon of the lesson was the sound. The time, language, text and communication capabilities were also taken into consideration.

The school included one 45 minute-lesson, where learning was based upon listening. The given time and space served as an opportunity to be utilized according to content and format by each student individually. At the lesson/meeting, only one thing has been obvious for the students – for 45 minutes, every voice was recorded, preserved and published equally in a digital recording/album/CD format. The whole process has been transparent to all participants. Each participant used earphones and a microphone. In this context, voice, language and text became the main weapons; only increasing their impact on the listener. The materialization, presentation, recording of voice within a certain space rendered its function endless and timeless.

The Tenth Grade represented an experimental exposition, based on the educational model of the Parallel Class and the experience of organizing space through creative approaches in collaboration with students. For one month, the exhibition functioned as a school/class. From October 18th to November 16th, in the Center of Contemporary Art – Tbilisi, an educational and creative process was held, in which up to forty students of 9-11 classes from several schools in Tbilisi took part.

At the opening, ten lessons divided into five main sections (Archive /Dramaturgy / Communication /Production / Exposition) and schoolbook developed for the tenth grade The Organization of Space were presented. The material form and content of the space/exhibition responded to these issues and made its practical functioning possible. For one month, the exhibition space was transformed into a teens’ hub for generating ideas, where the content of the 10 lessons acquired practical and functional forms. With the participation of students, it adopted new forms and functions. The closure of the project on November16th included two points: a presentation of the results of monthly interdisciplinary seminars/lessons with students; a presentation of the tenth grade schoolbook “The Organization of Space.”

Bani is a CD album which was first presented within the “In Between Conditions” exhibition, on the third floor of the Tbilisi night club, KHIDI. The album was prepared on the base of school-day structure and contains six sound compositions by six different people, custom-designed for the breaks between the school lessons. The duration of the entire composition is 350 minutes and comprises of seven 45-minute stillness (lessons), five 5-minute pieces and a ten-minute sound (break). The execution of the album was based on the experience of the concurrently provided educational program that has been carried out for already two years and is named “ParallelClass”. The project deals with school programs for the ninth-tenth graders in public schools, touching upon the basics of space organizing skills.

In October 2017, “Parallel Class“ was created. A process that lasted eight months included a group of young people in collaboration with professionals from different fields and with pupils form a  school. They worked together on the development of educational programs in schools. 8 out of the total of 15 students completed the 8-month programme in full. The idea of the project from beginning till the end was the focus on the on-going process of developing its functional and ideological sides and presenting it all in a clear formula.

At the end of the program, “Parallel Class” created a new type of the classroom with new possibilities inside. After eight months, on June 16, 2018, on the 4th floor of the school, “Parallel Class” presented an exhibition called Geometry, which was the result of this new initiative.