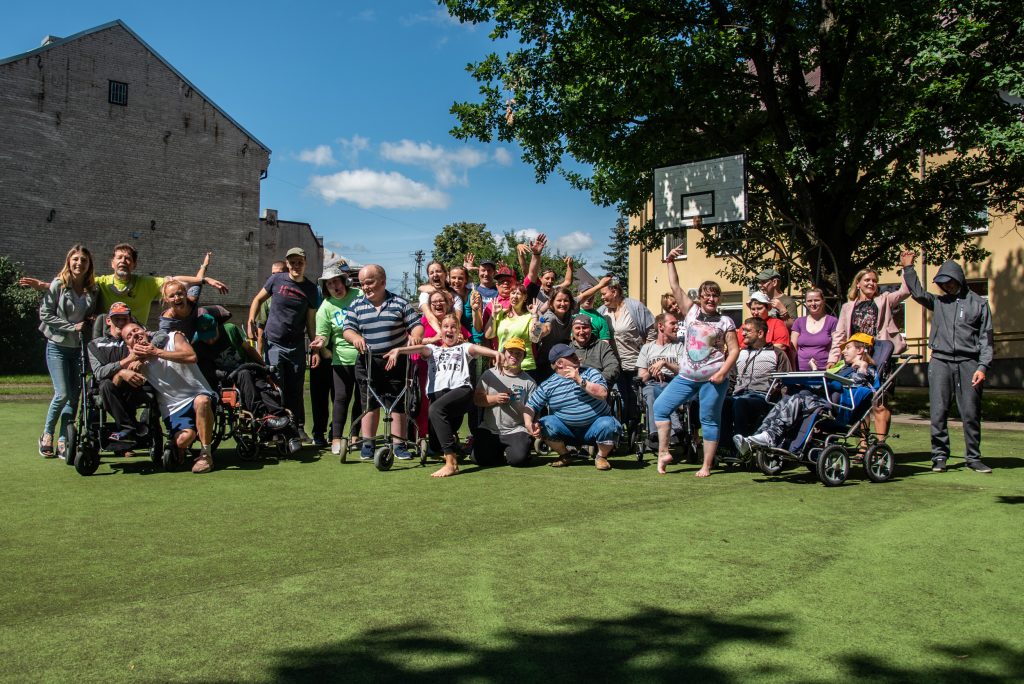 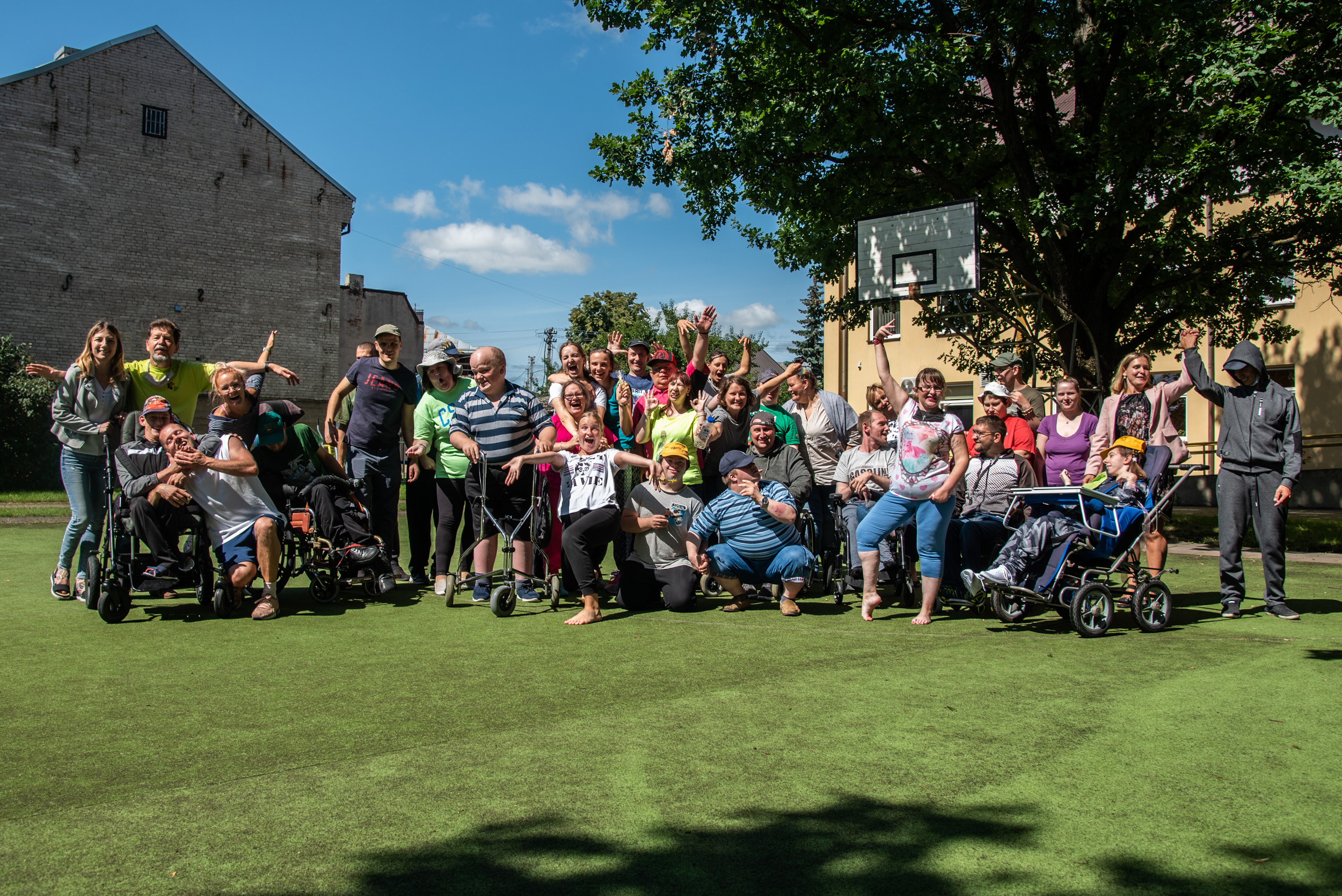 I love Kaunas. This love ranges from simply admiring it, moving into it, supporting it or implementing initiatives in it and for it. In recent years, I have also expressed my love for Kaunas by working with local communities – together we have created our environment, revived connections and traditions.

I admire the cultural creators who devote their energy to this city. I am especially happy when, thanks to their creative perseverance, my Kaunas is filled with art. Therefore, I am happy when the curators of the Kaunas Biennale and the MagiC Carpets program invite artists to “implant” art in my beloved city. Deep and at the same time easily “digestible”, “flown” from another country and integrated into the everyday life of Kaunatians.

Getting to know the artists of MagiC Carpets allowed me to see my city from a new angle, enjoy the artistic heritage, get to know the diversity of communities and establish the attitude that the most important thing is the resident artist’s attention to the community and its issues.

MagiC Carpets has hosted in Kaunas plenty of interesting and meaningful artistic projects in recent years. I have interviewed some artists for articles or discussions, so in this post, I share my thoughts about those residencies that touched me the most: impressed, delighted, saddened, gave me a sense of pride or discovery.

My friendship with MagiC Carpets began in 2019, when I showed Šančiai (at that time I was an active member of the community) to the artist Sonja Jo, who came from Serbia. I helped to find employees of former factories in Šančiai and a space for her exhibition. After the residency, Sonja felt a change – she began to think more about the importance of communities, the possibility of balancing personal experiences while living history with the help of art. For me, one of the most pleasant outcome after this project is that exhibitions continue to be held in the hall of Šančiai Clinic, where Sonja’s exhibition was presented: the institution itself is organizing them! An unexpected space for exhibitions appeared unexpectedly in a peripheral part of the city. Hurray! A small big thing for the beloved Kaunas.

Within the following year, three MagiC Carpets artists created in the “Korys” (Honeycomb) center for people with disabilities situated in Šančiai as well. Contemporary dancers Mantas Stabačinskas and Vasara Visockaitė conducted a movement laboratory in this center, the main goal of which was to change the conviction (especially that of the center’s visitors) that people with disabilities cannot dance. What a beautiful goal! The “Korys” team also makes a strong contribution to breaking stereotypes by actively involving the center’s visitors into the life of the city – dance performances take place in the local and city festivals, and citizens are invited to handicraft fairs and a café operating in this center. It is a great joy that the community of the disabled in Kaunas receives the attention of contemporary art creators and participates in inclusive dance processes.

Within the same year, Georg Wieser, an artist and an urban planner from Austria, also held a residency at the “Korys” center. Georg created a piece of furniture with “Korys” visitors to help with their integration into the local community. However, the most fascinating thing for me was to see with what attention and sensitivity the artist prepared for the meeting with his future co-creators who have disabilities. Even before arriving in Kaunas, he sent a surprise package – a box full of paper planes, asking the Center visitors to launch them in the yard. He also sent regular letters from Austria for several weeks detailing small events of his week and small tasks. When he arrived in Kaunas, he was not shy to get involved in the movement laboratory of the above-mentioned MagiC Carpets residents for the Center’s visitors. These steps helped Georg forge a friendship with “Korys” visitors, and later engaged in a joint activity. Being an urban planner, the artist himself was happy with the creative process, during which the less heard part of society was listened to.

In 2020, artistic events were held in the center of Kaunas, which were created by two teams of the artists I interviewed – the “Kaunas Tales” project, implemented by a team of several developers, and three different artists who had their residencies within one community in one year.

“Kaunas Tales” shifted the focus in Kaunas into a special place – a place where fairy tales happen. Artists of Kaunas who specialize in different areas created characters and stories and thus became the community of the project. The starting point of the latter was the 20th-century book “Doctor Kripštukas in Hell” by a Lithuanian emigrant Julius Kaupas. The action of the book takes place in the interwar Kaunas. After creating the stories, the creative team left signs on the pavement in different parts of the city. With the help of the augmented reality, by pointing the phone at designated spot, it was possible to see the objects of the fairy tales created or become a character yourself. It is a rare opportunity for a city dweller to experience his city as a mystical place, to rediscover it, and to play (as an adult!) in it. Moreover, to get acquainted with a lesser-known work of the Lithuanian literature. Nice idea, worthy of continuation.

At the beginning of this year’s school year, three female artists created together with children from Ukraine studying at “Herojus” school. Barbara Gryka (Poland), Joana BC (Portugal) and Marija Nemčenko (Scotland/Lithuania) invited young Ukrainians to discover and even create their environment by carefully observing it. Barbara engaged the students in drawing on the topic “what do you like about your school” and later built a dream school. Joana encouraged creativity by inviting pupils to create costumes from reused materials. Marija connected two “Herojus” school buildings with the help of partisan horticulture. Even though these artists chose different ideas, they achieved one goal – they helped the little creators to notice and discover the surrounding environment, to experience themselves in it, to explore the school, its buildings and the city itself more closely. By participating in the partisan planting, the children also changed the image of the city itself – they created mini flower gardens in unexpected places, as if preparing a game. Following the path of the plants that have grown over time, it will be possible to walk from one school building to another, separated by almost a kilometer. Simple means can be used to contribute to the transformation of the city effectively.

At the end, I will present the thoughts of all the artists I interviewed, laid out in a set of methods and tools. I hope it will be useful for those who create with(in) communities.

The most important and the most beautiful of them all –