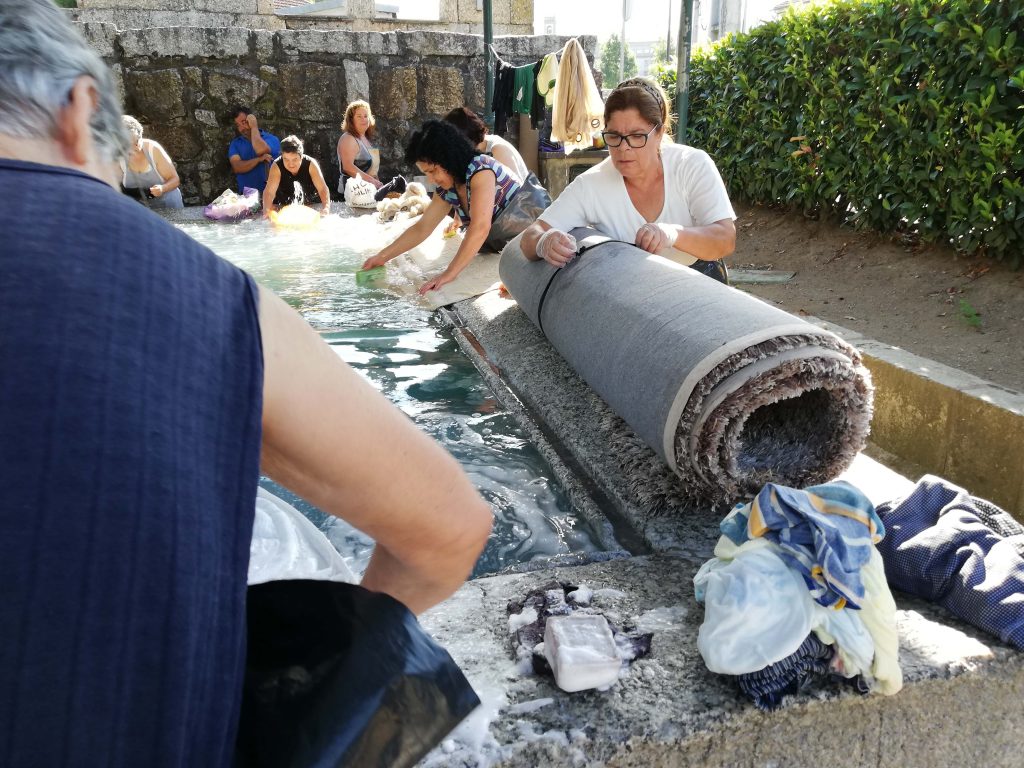 It is a specific community in the Portuguese city of Guimarães – the washerwomen of the public tanks of São Gualter and Trás-de-Gaia.

The city is located in the north of Portugal, in the District of Braga and in the north and sub-region of Ave (one of the most industrialized sub-regions of the country), with a population of around 50,000 inhabitants.

This region consists of a population that is mainly dedicated to the textile production. Guimarães is one of the most important historical cities of the country, and its historical center is considered the World Cultural Heritage by UNESCO. Its streets and monuments breathe history.

This specific community was chosen because the practice of washing in public tanks, once so important to the customs and experience of a city, tends to disappear. In times gone by, there were dozens of women to wash clothes for their own family or for the wealthier families who entrusted them with this task. They carried their clothes in bundles on their heads, if the destination was in the city, or on the donkey, if it was more distant.

However, since the mid-twentieth century, there is a device that performs this task – the washing machine. But who are these women who have not fully surrendered to the device? These are the women who defy the change of time and who continue to wash in the public tanks as the sacralised practice of a ritual and who appropriate those particular spaces that provide much more than the washing of clothes.

This small community is formed exclusively from women (around 50 in total)  with their age between 50 and 65 years. They are professional washers or use the tank in a personal practice. These women are mostly housewives. Their day to day practice is to take care of the family and do the housework, never taking time for themselves. Here, while washing, away from familiar impositions, sometimes reprehensible, authoritative they own their own time.

The tank continues to play an important social role, place of exchange and all the news and gossip of your city. Singing is sometimes associated with the ritual of washing, giving it rhythm and poetry.

The tank is also understood by these women as an area of freedom. It is the place where they feel secure and able to share their anguish, fears or joys, in community. The act of washing is also for these women an act of physical and mental liberation, away from family or worldly pressures. The physical effort of washing and twisting clothes is allied to a performativity of elevation and spiritual liberation.

The most frequent washings are on Mondays, Wednesdays and Fridays, the day on which the water in the tank is changed by the only man present in the tanks, a rhythm that also guides the daily agendas of this community.