Experiencing the unreachable, the impossible, the incomprehensible
May 16, 2018 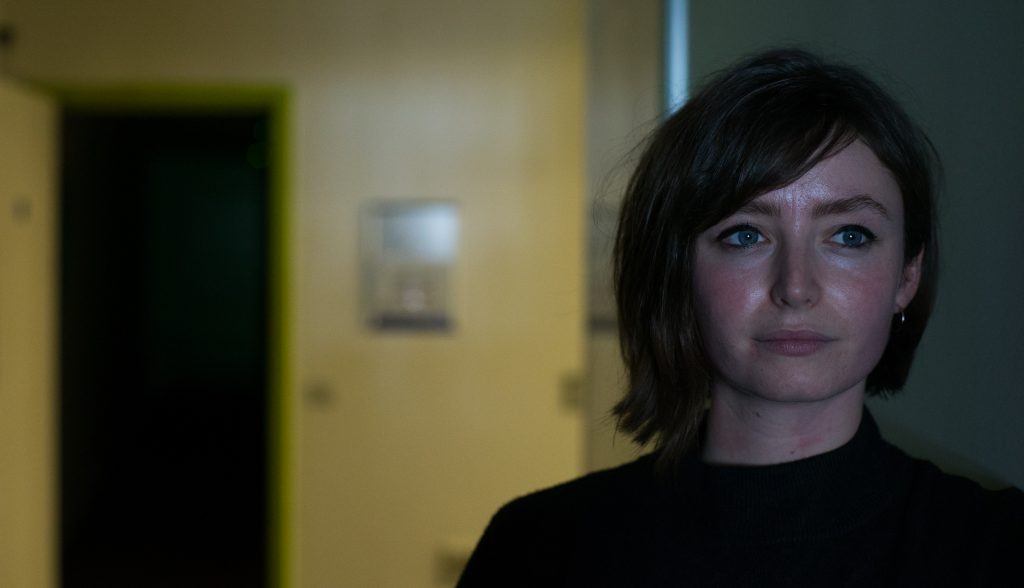 An interview with Georgina Scott from Folkestone Fringe (England)

Georgina Scott, curator of Folkestone Fringe, believes that art can help people place themselves within a much larger context. In this interview, the emerging curator shares her first impressions on Folkestone, the abilities within the city and her thoughts on the ways in which art can help build communities.

Originally, you are from Canterbury. What brought you to Folkestone? How has the town appeared to you during your first visit, and how do you feel about it now?

Actually, I am originally from Norwich, Norfolk, and lived there until I went to university in Canterbury in 2010. When I finished studying, I decided to stay there as I had created a network of friends and acquaintances. I first visited Folkestone in 2013 with a local friend and we sat on the harbour eating fish and chips. On this brief visit, it seemed like a great new place that I had not discovered yet and I loved seeing the sea and the boats – it reminded me of where I am from. The next time I visited Folkestone was in 2014 for the Folkestone Triennial. I remember it was a very hot, still day (quite uncommon for Folkestone). I was on my own and enjoyed exploring the town. What struck me was how deserted it felt. The grand, decaying architecture, the unused stretches of concrete on the beach and some loud house music booming from a nearby window made it feel very surreal and almost apocalyptic. As if I was at the end of the world. When I finished my Masters in Curatorial Practice at the end of 2016, I began coordinating the Brewery Tap: UCA project space in Folkestone. In this role, I started spending more time in the town and quickly got to meet lots of local people through various events. I discovered what a friendly community and vibrant programme of events the town has and I very quickly decided that I wanted to move here. Some people I told this to found it a bit surprising as Folkestone has had a fairly bad reputation due to economic decline after the ferry port closed a few decades ago. It was a town, seen by some, as a bit dodgy and dull. It has however, for a while, been a very creative place and now it seems to almost be bursting with creativity.  It is only now that it is being recognized as a town with a lot of potential and is attracting people from surrounding areas and London. There is also a sense here that anything is possible. If you have an idea, you can discuss it with someone else and you just find yourself doing it. It is as if the barriers that are usually there just do not exist in Folkestone. It is an experimental and supportive town and, although some have seen it as quite a brave decision to move here, it has been one of the easiest and best decisions I have ever made.

Folkestone Triennial uses culture to inspire a study of the local identity. In order to create artistic interventions in public spaces all around Folkestone, artists are invited to become acquainted with the rich cultural history of the city and its locals. Some of those site-specific artworks stay there for good. How do they merge into the city and how do local people feel about them? Do these works help the citizens to connect with the place in a different way?

The Folkestone Artworks, which is the permanent collection of artworks accumulated across the 4 Folkestone Triennial’s so far, all respond to the town’s geography, history, demography, politics or philosophy in some way. They are in many different locations and are publicly accessible, so that people can encounter them as they move around the town. The response to the artworks is always varied, because we live in a varied society. Some people really enjoy and immerse themselves within the arts here and others feel disconnected. There are always artworks which are more popular than others and I believe that there is always an artwork that someone would be able to connect with. It might make them go somewhere they had never been before, discover something new about their town or help place themselves within its larger context.

The main aim of Folkestone Fringe, is to bring art activities to town during the inter-Triennial years, and it has a really wide range of activities to offer: workshops, performances, talks, food happenings and so on. How do you succeed engaging the audience when working on so many different projects?

The festivals that Folkestone Fringe co-curate are looking at quite different aspects, but they are all very relatable and important to the people living here. As these are organized in collaboration with other people living in the town, who have expertise in the different areas; experimental music, mental health etc., it enables the festivals to reach further with audiences. We also listen to what the local people want and are interested in. People approach us with their ideas and hopes and that is all incorporated into the festival programme. So, it is very collaborative and very word of mouth which works well here. We also ensure that for each festival there are events that appeal to all ages.

In what ways, do you think, art can help communities that lack cohesion? What changes it may inspire within them?

I think art can help communities that lack cohesion by helping people to place themselves within a much larger context and to understand other perspectives. There are always multiple ways an artwork can be interpreted and this means that people can be coming from different angles and still share an experience of the work. It also provides an opportunity for people to simply come together, whether that is just going to the same event, starting a conversation or creating something themselves for the festival. Art should be something that everyone can get involved in, whichever way they want.

It seems like Folkestone is used to identifying itself with some sort of periphery. Last Triennial that took place in 2017 focused on the “double edge” of the town and the title of your organization supposes that there is something “fringy” about the town. How would you describe Folkestone’s identity? And where does it come from?

I think, as with anywhere that is coastal, you feel that you are on the edge of something or at the end of something. You feel that it is ever-changing – due to the elements and the tide. You can see out, very far out. This has an effect on my mentality that is difficult to describe; you are experiencing the unreachable, the impossible, the incomprehensible. This can affect you in different ways but for me, it makes me feel peaceful. You can even see the coastline of France from Folkestone which feels very special. In your head, you can feel like France is a completely different place, a different culture with different customs, attitudes and a different language. But we share the same stretch of water, the same geology and climate. It is wonderful being able to physically see and make sense of a barrier that is dominantly psychological. Then, on the other side, you can feel like you are on the fringes of London which has almost the opposite feeling. You are on the edge and in easy access of the hubbub, creativity and diversity of the capital city. I feel that Folkestone’s identity is constantly changing slightly but, right now, I would describe it as an elemental, diverse, evolving place.