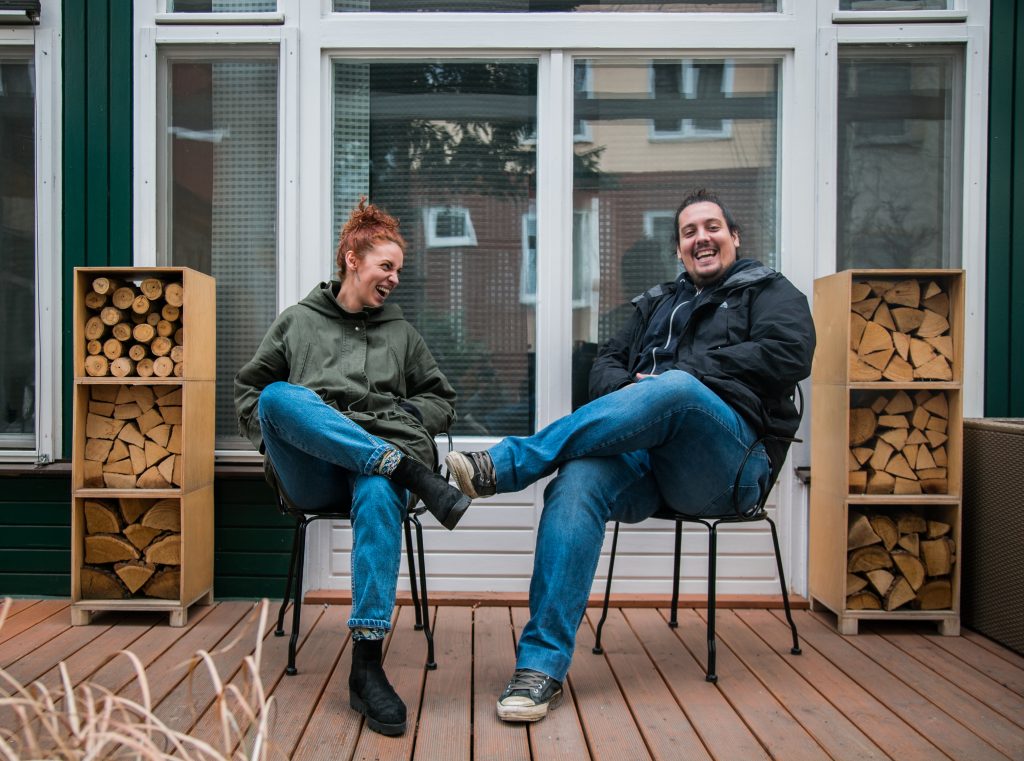 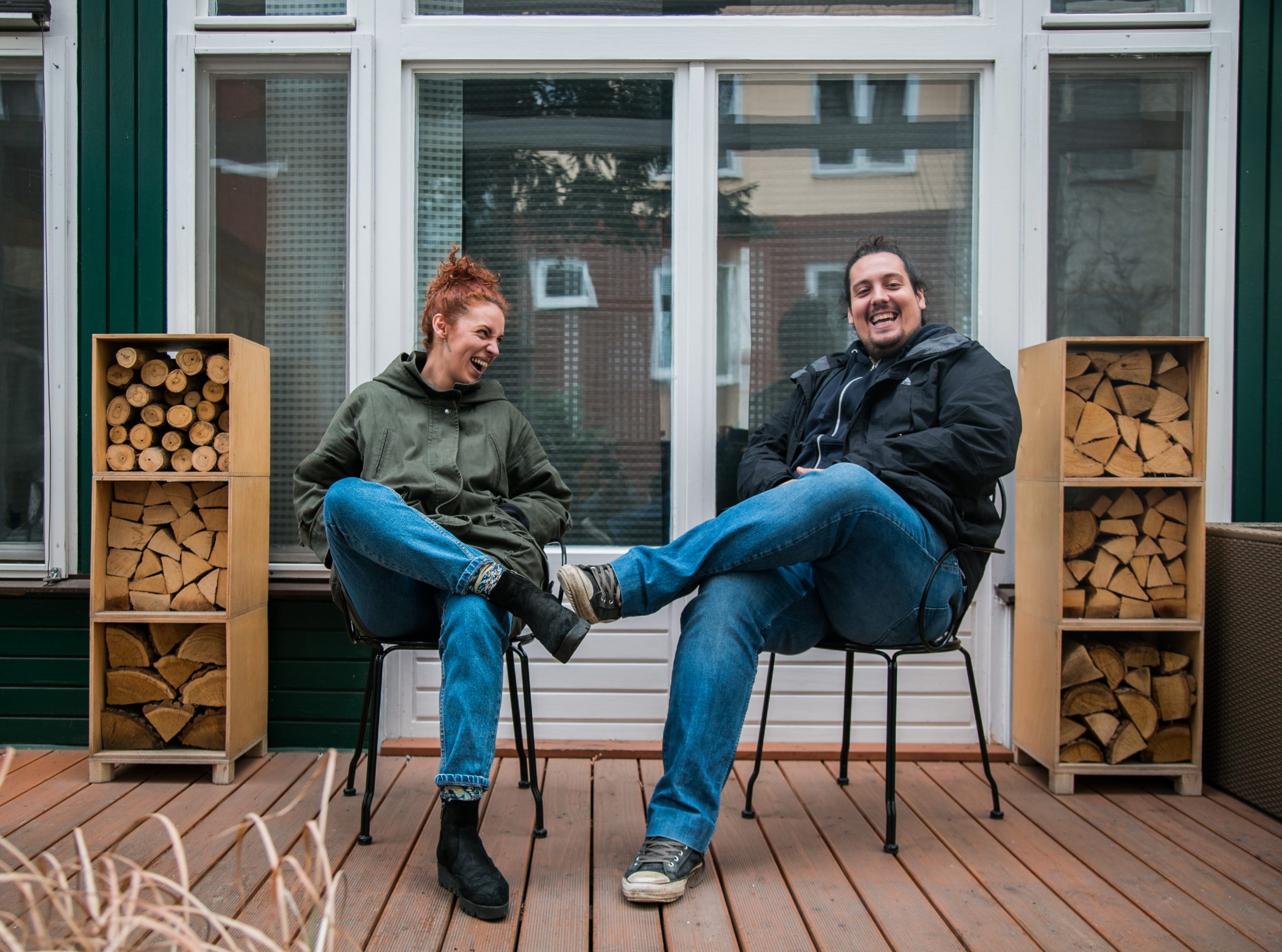 Marco Jozić, the founder and project manager of Novo Kulturno Naselje association, and Tatjana Mateša, its art director, describe Novi Sad (Serbia) as a city of constant change. In this interview, they share their experience trying to inspire the changes they want to see within the part of the city they live in, and their thoughts on culture and people engaging with cultural life.

Could you tell us a little more about Novo Kulturno Naselje, its activities, and goals?

Marco Jozić: We founded Novo Kulturno Naselje association in 2014. However, even before that, we have produced a lot of different cultural events in Novo Naselje, because even though it is one of the largest parts of Novi Sad, there are no cultural institutions, nor any form of infrastructure to house cultural content whatsoever. The main goal of our association is to initiate the establishment of a cultural center in Novo Naselje. In order to do so, we have gradually developed an annual program of cultural events that take place in Novo Naselje. Each year, we organise the art and neighbourhood festival “Welcome to Naselje”, which offers many art, educational and sports activities aimed at all age groups in our audience, and the theatre festival “Aplauz Fest”, which is a great opportunity to practice theatre for professionals, non-professionals and even children. We also organize a film festival “21114”, named after the postal code of Novo Naselje, in which we screen various recently released local films, and a bicycle tour “Tour de Naselje”, where people can ride bikes around Novo Naselje and participate in bicycle workshops, where they recycle old bicycles into new and more creative ones, such as tandem, barbecue, or music bicycles, and also learn various things during the tours (ecology, history, arts & crafts, etc.).
Tatjana Mateša: We also have a very interesting project called “Recreactivism”. Within the framework of this project, we offer people different courses of informal education. People can learn English, Danish and Spanish or attend first aid, street art, comics, DJ classes and many other workshops. Also, one of the main annual events that we hold in Novo Naselje, as well as in the rest of the city, is “Art Quart – Start”. It consists of five workshops for children and youth: acting, directing, sculpture, music and dancing. The participants can choose which workshop of art they are willing to attend for 10 weeks. After this period, they collaborate in order to produce the final presentation of all five workshops. Each year, it may be something different: a theatre performance, an exhibition or a short film.
Marko: All projects are a part of an initiative to establish a cultural centre in Novo Naselje. The initiative is now supported by 40 000 citizens, who appreciate our work and support our mission and, perhaps, most importantly, they are willing to participate.

What difficulties do you encounter when trying to engage local people in cultural activities, in the part of the city, without any cultural institutions?

Tatjana: There are currently no great difficulties, when it comes to recruiting people. However, at the beginning, it was a little bit hard to show people that things we do are the things they can do themselves, and there is no need to wait for help from the city municipality or us. It was hard to change this deep-rooted mindset of people that culture is something that happens only within institutions or at the city centre or that culture belongs only to the elite group of people. However, now there is the core community that participates in our events and it is growing. Moreover, people are increasingly taking initiative and we try to help them realise their ideas.

Novi Sad is a very multicultural city with many ethnic groups and more than a few official languages. Is it hard to feel like a part of a community in this kind of a city?

Marko: No, and the reason for that is the cultural soul of Novi Sad. It is a very open-minded city, a city of possibilities and constant change. Each day offers new things to discover. Things are not easy to see through, of course. In order to see them, you have to be persistent. Cultural awareness plays a big part in that.

What is your personal relation to culture?

Marko: Culture and art have been a part of my life from the very beginning. I tried myself in different arts as a child and, eventually, I chose to go to Novi Sad Academy of Arts, where I received my degree in Sound Design. After that, I volunteered and worked in theatre, television and radio stations. Even now I still work on different music and video projects. Everything I do is related to culture.

Tatjana: I think culture has had an enormous effect on my self-development. I grew up in a small town and for quite some time, I thought that I knew what life was about. I used to think that it consists of one’s family, children and working in the fields. But culture has inspired me to think bigger. For me, working with culture and being an artist means that you never cease to explore the possibilities and also stay a child in some way forever. Probably someone finds that in economy or medicine. I have found it in culture.

Novi Sad has been nominated as the Youth Capital 2019 and the European Capital of Culture 2021. Novo Kulturno Naselje will be a partner in both projects. How do the locals feel about that? What changes would you like these projects to inspire within the city on a long-term perspective?

Marko: As a citizen, I think that people have always been proud of this city and they understand that these projects can improve a lot of fields. As a professional, I see a lot of room for modernisation. We should open some new cultural spaces, especially for the youth. It is an opportunity to make culture more approachable. Citizens are hungry for cultural events. For the last 20 or even 25 years, time has somehow been stopped in our city and the country. However, now things are changing. I am really happy to be a part of it in some way. I also believe that these projects will accelerate our initiative to create a cultural centre in Novo Naselje.

In your opinion, what inspiration artists participating in Novi Sad will find within the city?

Marko: People. There are a lot of interesting, inspiring people with crazy ideas here in Novi Sad. Besides that, we are known as great hosts, with a lot of content for artists to get inspiration from. Medieval fortress, Danube River, different neighbourhoods with different spirit, culture institutions, festivals… Novi Sad has many things that one can explore and study, in order to create and get inspired. Also it seems that our activities and the work of Novo Kulturno Naselje have inspired many local artists, other NGOs, and citizens, so let us try to expand that circle even further.