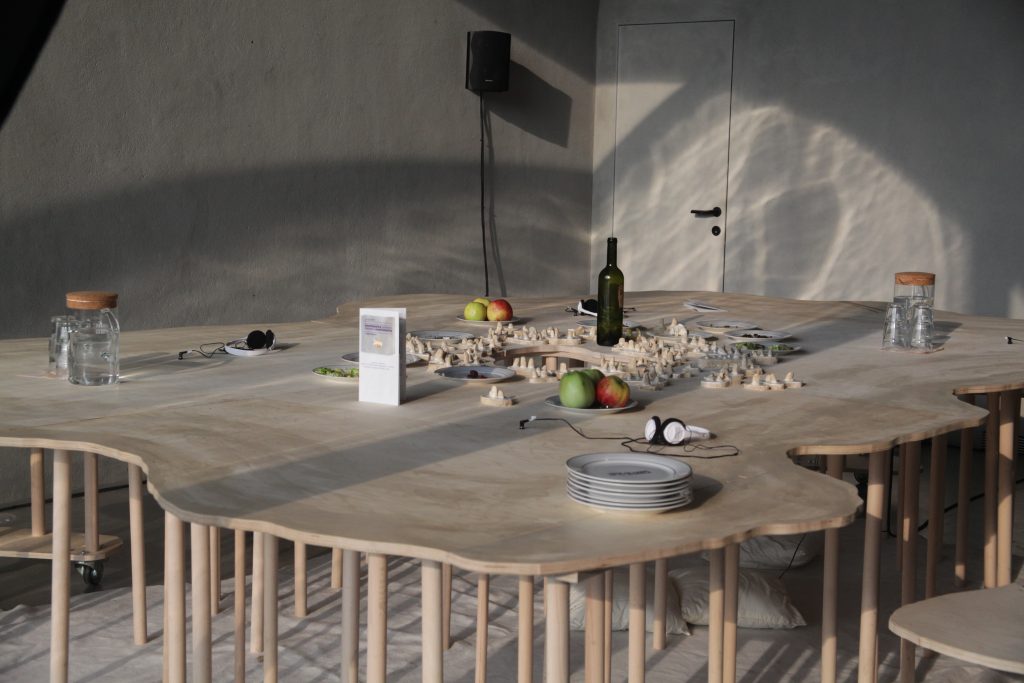 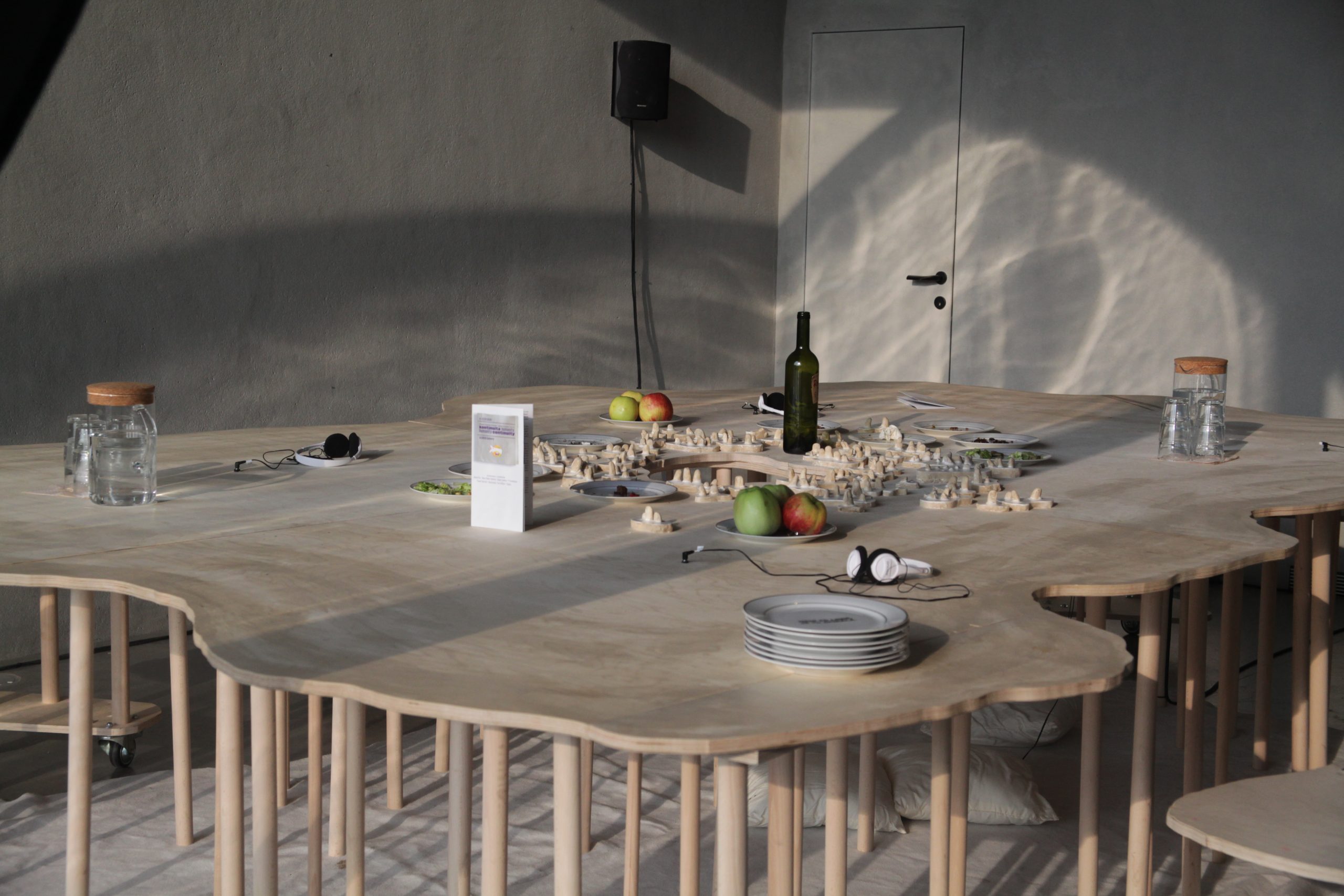 Jakub Ra and New Aliens Agency, Pavel Havrda, Eva Jiřička and Dejan Jankov, who are the representatives of the twenty-, thirty-, and forty-somethings’ generations, are working with four groups of people as part of the Continuity of Humanity exhibit in an artistic and sociological/ therapeutical way: with young people, children, their parents, and the seniors.

Sharing, common space, cooperation, and understanding are the symbolic flagship values of humanity, which is the current topic of our times, whether perceived positively or negatively. Working with a group means in particular the respect for otherness, the openness for listening, and the willingness to accept the risk of an uncertain result. Unlike the approach of Kateřina Šedá who works with a heterogeneous group of people, such as an entire village, the artists involved in the Continuity of Humanity project chose specific groups and their interconnection with them was closer and more personal. Those were always groups united by a shared interest and life stance. For Eva Jiřička, the group was the clients of her art course in Elpida; Serbian-born artist-in-residence of Prague Biennale Dejan Jankov worked with the members of the Prazelenina community garden; Pavel Havrda worked with the children from the Mamatata community kindergarten; and Jakub Ra worked with the members of his alternative-tinged home (not only) modelling agency, which he is also an official representative of. In effect, those were groups of people who are open to an alternative way of thinking and living, which allowed the Continuity of Humanity to straddle the line between art research, art therapy and social experiment.

The output of such inter-generational dialogues was presented to the general public in the form of an exhibition open at (A)VOID Gallery in Cell 10 at Rašín Embankment in Prague from 11 to 27 September 2020. The space was dominated by a wooden table that carried a number of meanings: it was a work desk, a dining table, a table with a hundred legs. The table combined the projects of all authors. Visitors could see the remnants of the official launch happening when traditional Czech meals turned vegan were served on plates decorated with the quotes from the meetings of Elpida seniors and New Alliens Agency members. In the centre of the table there were finger castings that represented the notional isles of a new continent resulting from the interaction between Dejan Jankov and Prazelenina members and their children. The soundtrack of the exhibition had two forms. One was a disturbing sound collage resulting from a mix of multitude of conversations between the artists and the groups; voices were overlapping and words were difficult to decipher, but there was no escaping from the mix of sounds; it was a ubiquitous element of the exhibit (the collage was processed by Eva Jiřička and Pavel Havrda). The other, more intimate, setting was the headphones that played the recordings of Prazelenina members speaking about their family stories with a special kind of openness that resembled talking to one’s best friends. The actual shape of the table (and benches) was inspired by children’s drawings, and its hundred legs served as a labyrinth and a hide-and-seek setting for children. The fact that this was a multi-layered curator and artistic feat rather than just a documentary exhibition was also supported by an untraditional catalogue in the form of a thought map.

Workshops led by the individual artists were an integral part of the exhibit. The area of a medium-sized room became the venue for five accompanying programmes during the exhibit that took just two weeks, with the gallery turning (without ceasing to be a gallery) into a community space, a place of meeting. For all generations.