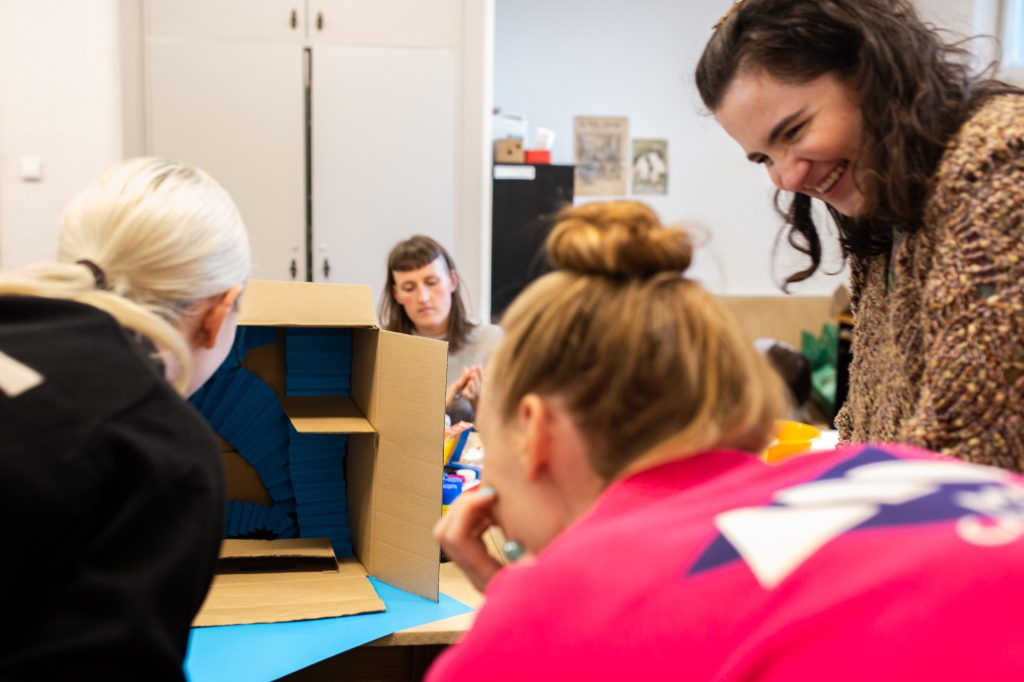 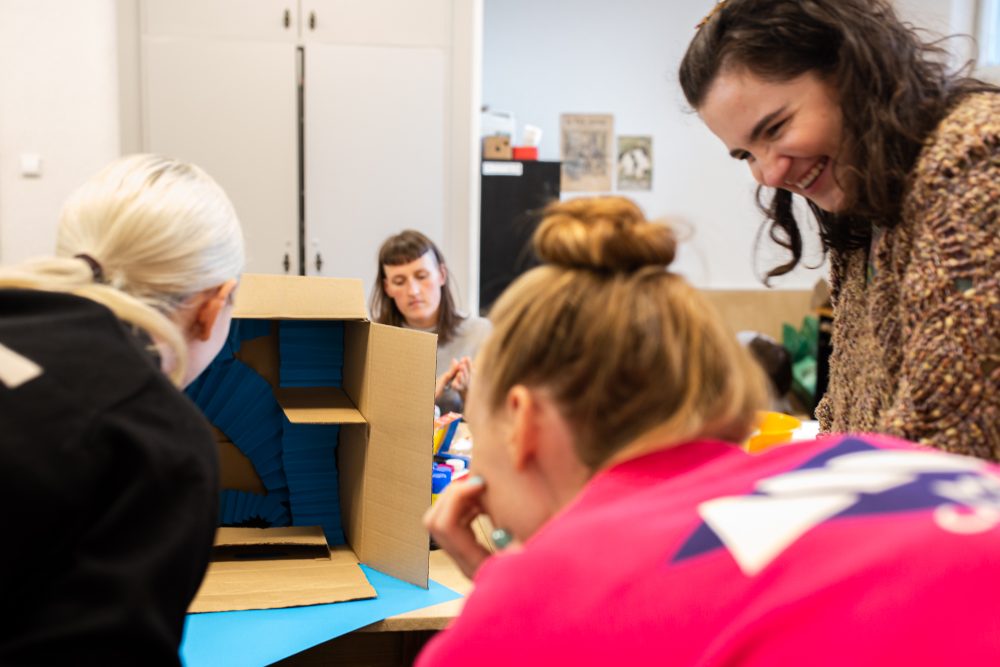 This year “Magic Carpets” project “The Merge” in Kaunas is focusing on the newly established but equally important Ukrainian community, who have found refuge in the city. After the large-scale war in Ukraine was started by russian invaders at the beginning of this year, the Lithuanian society felt strongly affected as it still remembers the national trauma caused by the Soviet occupations. Therefore, the main idea of the project is to unite and gather together the Ukrainian community with the local citizens of Kaunas.

For this project the “Magic Carpets” team in Kaunas is collaborating with “Herojus“ school, which is attended by both Lithuanian and Ukrainian children, although students from Lithuania and Ukraine are studying in different buildings.

Three artists Joana BC (Portugal), Barbara Gryka (Poland) and Marija Nemčenko (Lithuania) were leading workshops, as part of their artistic residencies, for a joint Lithuanian-Ukrainian group of students from both branches of “Herojus“ school for a whole month. Together with the students, artists were exploring the architecture of different buildings, creating their own future schools, recycling old materials by creating collages and costumes, and learning about the migratory nature of the fireweed plant.

During “The CityTelling Festival”, we invite you to see the results of the artistic residencies by Joana BC (Portugal), Barbara Gryka (Poland) and Marija Nemčenko (Lithuania)!

11th October (Tuesday) – opening of exhibition “The Merge” with presentation by Marija Nemčenko and performance by Barbara Gryka, Joana BC and students from “Herojus” school.

Time: 17:30 Opening of exhibition and presentation by Marija Nemčenko

Time: 18:00 Performance (meeting point in front of the school)

Wednesday–Sunday 16:00-18:00 by registration only [email protected]

All events are free

“Magic Carpets” is co-funded by the European Union and Lithuanian Council for Culture; partner Kaunas – European Capital of Culture 2022