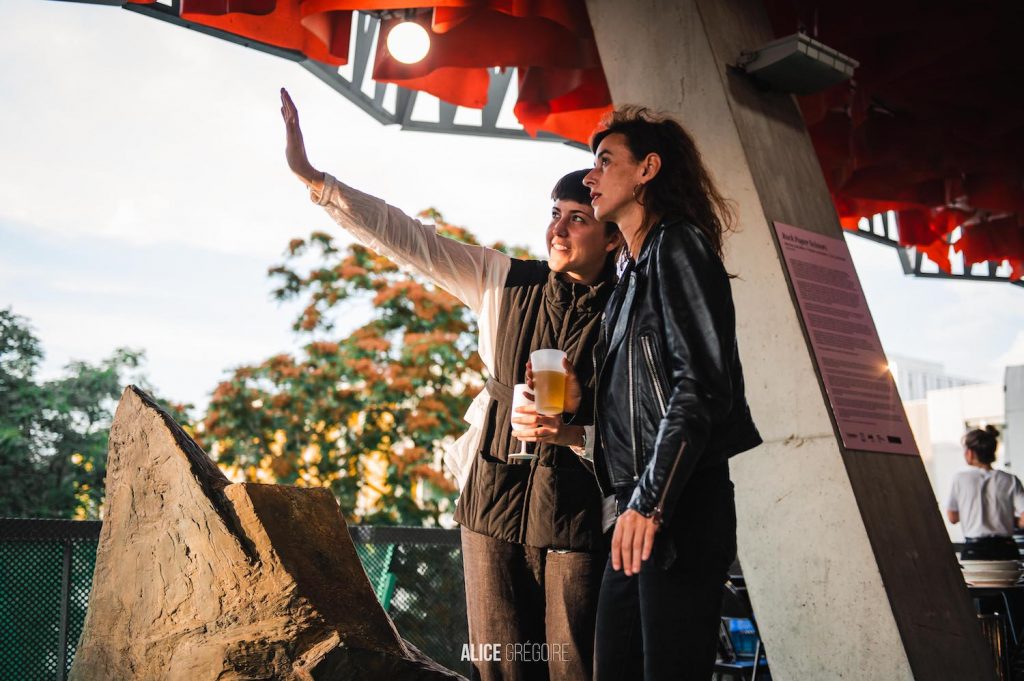 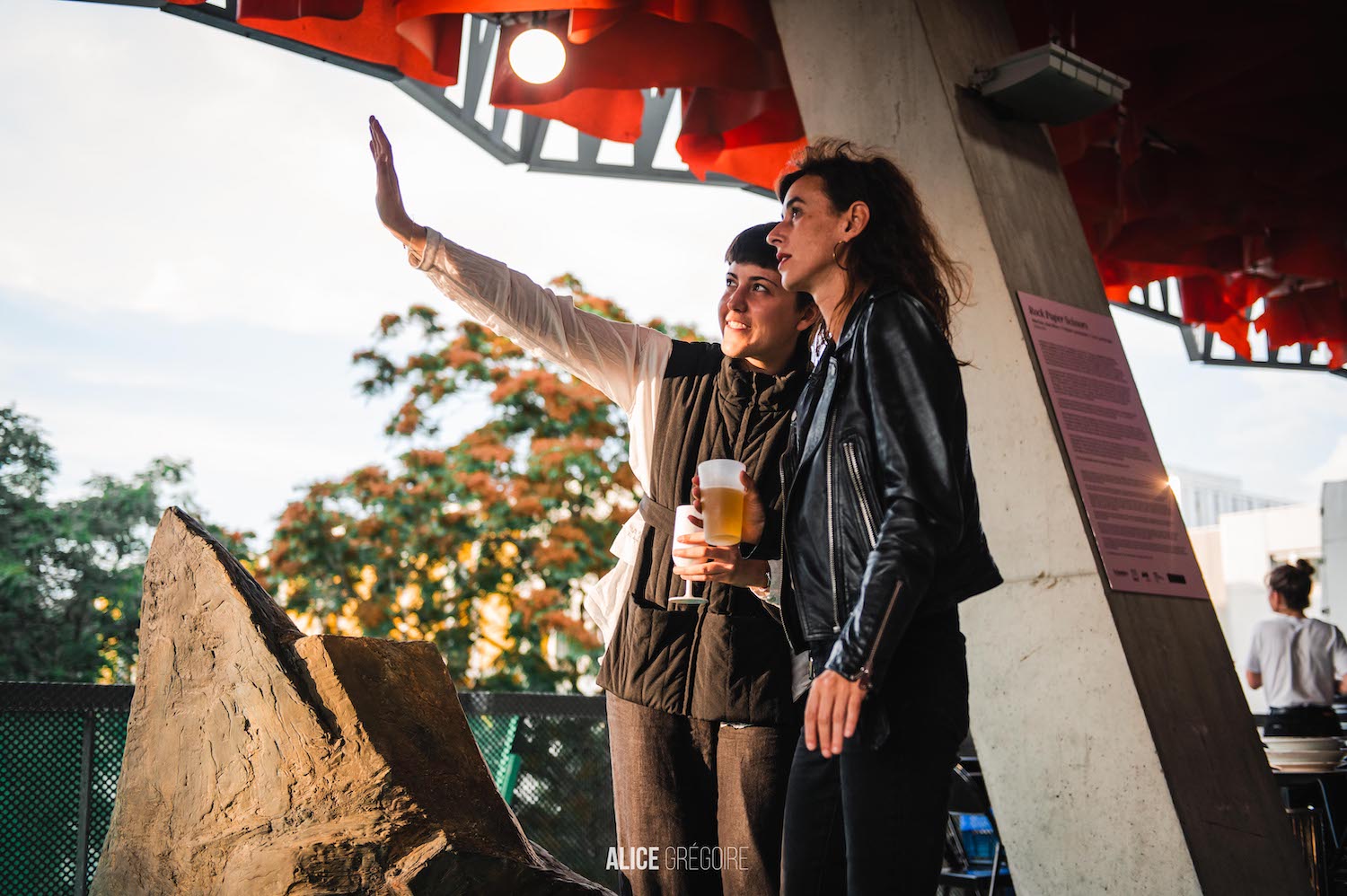 Since 2011, Trempo has been based in its emblematic seven-story building in the heart of the Île de Nantes quarter, and is constantly seeking to make its spaces more open, more user-friendly and better adapted to current and future users. In particular, the association wishes to make its terrace and its adjoining bus, a true icon of the district, available to local actors to develop projects, whether they be cultural or not.

Thought as an “amalgam of treasures”, the work of Martina Jole Moro, Fabian Lanzmaier & Lino Lanzmaier is based on an active exploration of the Île de Nantes neighborhood. Based on meetings, stories and materials collected from different communities, the artists offer a sensitive and symbolic installation, which echoes the nearby history and environment.

Installed on the terrace overlooking the emblematic blockhouse of Trempo, Rock Paper Scissors offer as much a look at the work itself as a new perspective on a neighborhood whose transition is coming to an end.

Installation accessible from Wednesday to Sunday, from 10 a.m. to 7 p.m.

Rock Paper Scissors is the result of a residency run by Trempo with the Nantes Saint-Nazaire School of Fine Arts. It was imagined within the framework of the European MagiC Carpets program.