Project “The Tales of Kaunas”: the writer’s love for Kaunas and his resemblance to the character of Kripštukas
Nov 03, 2020 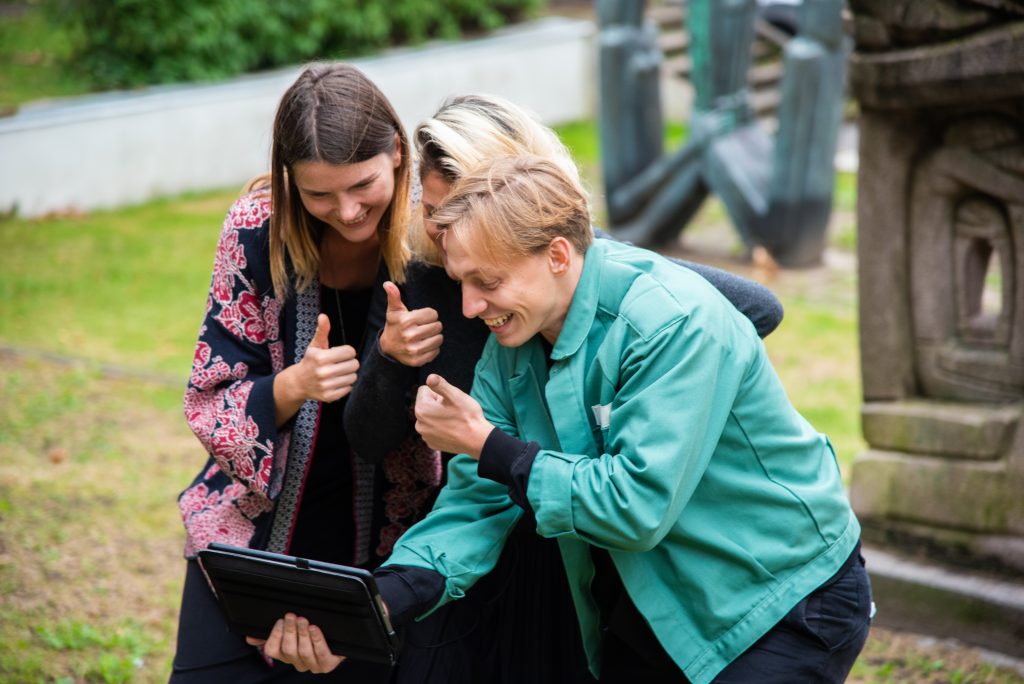 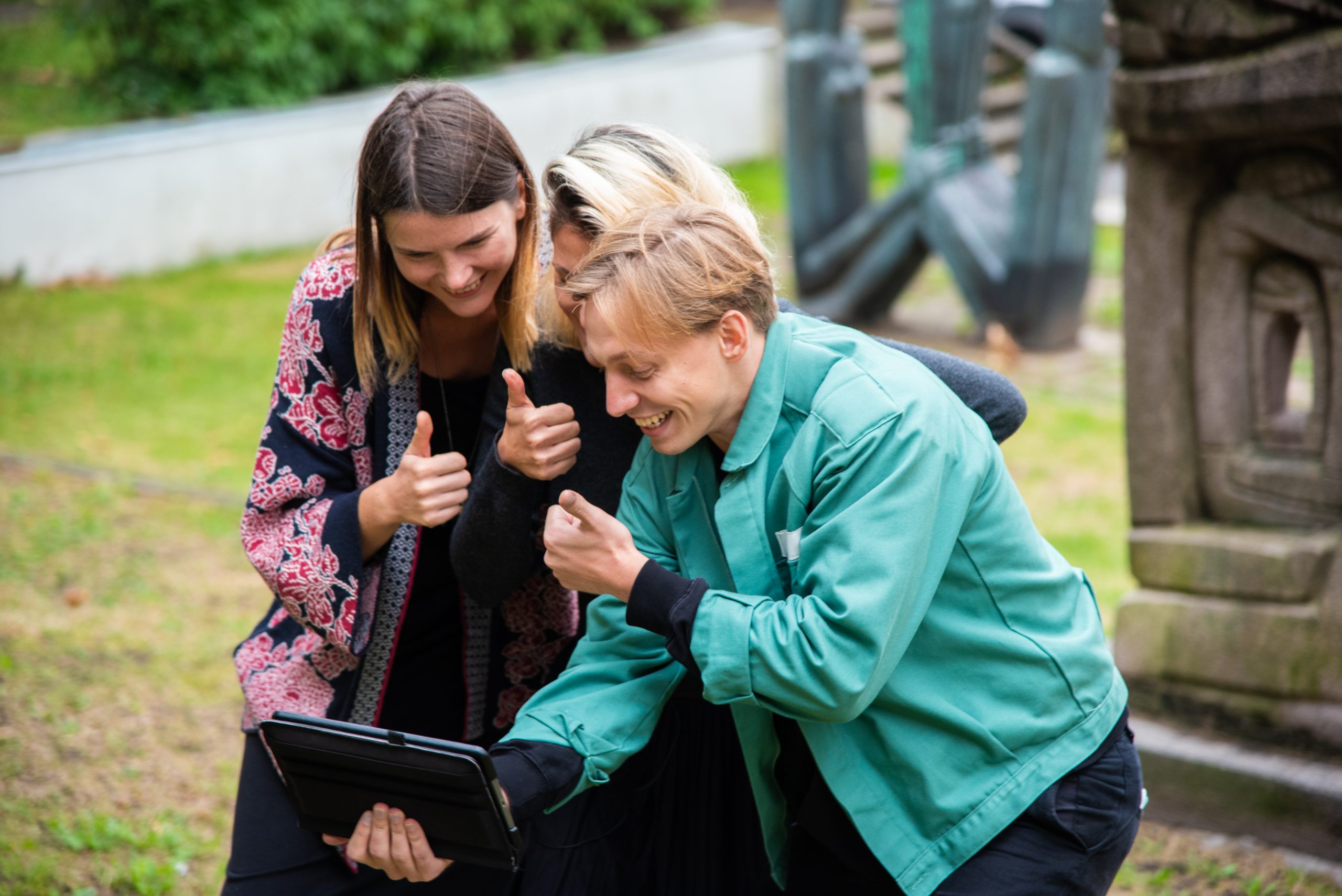 Kaunas Biennial presents an interactive project for the MagiC Carpets platform “The Tales of Kaunas”. This interdisciplinary project aims to re-evaluate the work of the little-known 20th century writer Julius Kaupas and his fictional character Dr. Kripštukas. During the creative workshops, a group of nine artists combined their skills to create an interactive experience of contemporary tales for Kaunas city.

This project “The Tales of Kaunas” is initiated by four creators: Lukas Valiauga, Justas Motuzas, Eglė Valadkevičiūtė and Inga Galvanauskaitė. It is very important to revive the memories of the writer Julius Kaupas, because his contribution to Kaunas culture is great – he created a character defining the identity of Kaunas city – Dr. Kripštukas.

The writer’s son Algis Kaupas does not hide his admiration about the project: “I was delighted to hear of a young generation of authors asking for permission to create a project based on Julius Kaupas’ stories. The tales that he created are not forgotten but are living on, nurturing people’s imaginations and, hopefully, fostering the gentle, understanding and humanistic values that he championed in his life.”

Maria Jurate Kaupas, the writer’s daughter, shares sensitive memories of her father and she is glad that Kaunas rememberes her hero as well.

“I am absolutely delighted. What an honor that my father, my hero, is being recognized by current day Lithuanians. And so much art can flow from this project. My father, Julius Kaupas, is present in many of the characters so gracefully depicted in “Daktaras Kripštukas Pragare”. To me, he is the Snowman who chronicles the tales of Kaunas – from his love of Kaunas and the stories of Kaunas to his love of the delicate lilac tree and his sensitive heart.  Clouds of pipe smoke surround the snowman as he painstakingly and faithfully writes down the tales of Kaunas. And, tragically, he too has been taken from us too early,” she said.

The project “The Tales of Kaunas” is implemented by placing the results of the workshops around the city. Using augmented reality, the stories created are turned into digital experiences, which are detectable in various urban areas and Dr. Kripštukas will be activated when the characters will be scanned by a smartphone.

“The world of fantasy was part of my growing up as the son of Julius Kaupas. I believe that Daktaras Kripštukas is an autobiographical character. He reminds me of my dad: helpful, gentle, understanding human nature, always eager to see and draw out the best in people, able to turn a bad situation into something better. Daktaras Kripštukas was even able to go into hell and rescue his pharmacist from the fate to which he had been unjustly consigned. My father had to undergo having to flee his native country and start again. He managed to raise a family, have a career as a psychiatrist who helped relieve many people’s mental distress, and to work toward preserving his culture and regaining Lithuania’s independence,” Algis Kaupas told us.

Maria Jurate Kaupas also agrees with him, finding many similarities between her father and the character in the fairy tale: “Daktaras Kripštukas also could be my father. He, like my father, is a voracious reader. He upholds the Hippocratic Oath, as did my father even tending to Beelzebub. He, like my father, is the seeker of justice unwilling to let Ciciukas be unjustly punished. And savvy and smart and quick, convincing the obtuse devils that the pharmacist must play the role in the healing of the ailing devil.”

Project “The Tales of Kaunas” is implemented until the end of December 2020 in Kaunas. You can find more information on its Instagram account @kaunopasakos. Follow the signs in the city for the magic tour with contemporary tales.

Inspired by the author Julius Kaupas

The project by Kaunas Biennial is created as a part of the MagiC Carpets platform, a project supported by Creative Europe 2014–2020, a EU programme, and Lithuanian Council for Culture.