A Path is a Conversation
Hosted for residency in Folkestone, 2022 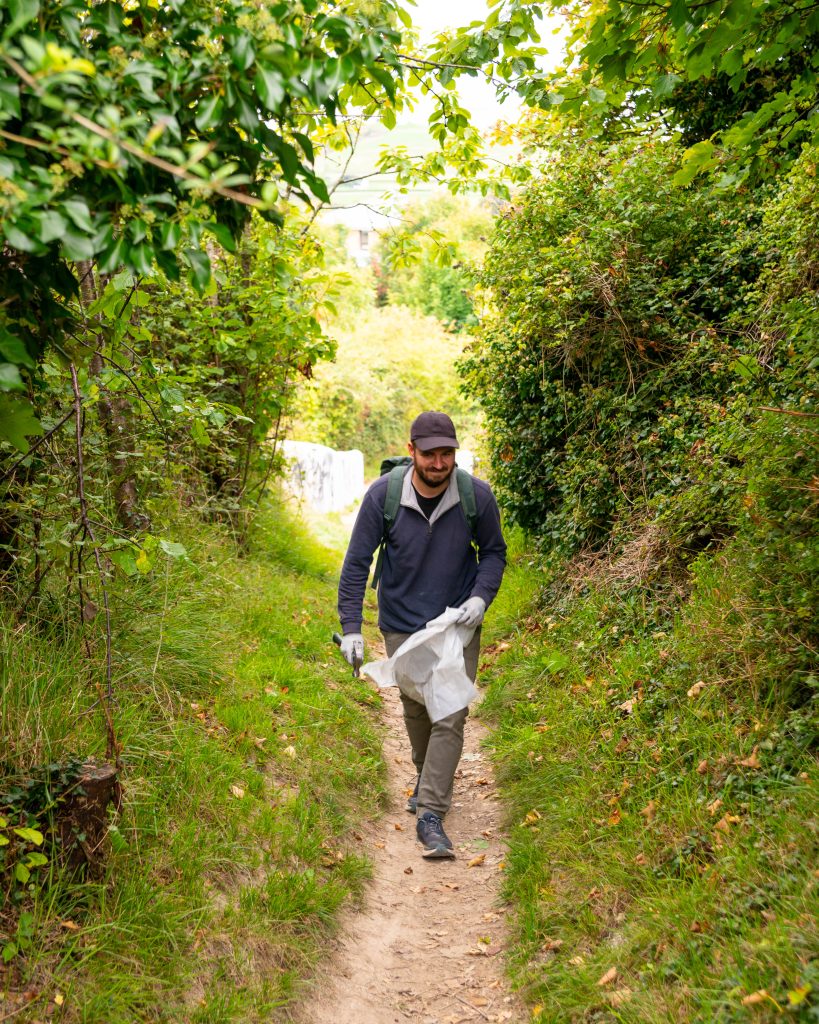 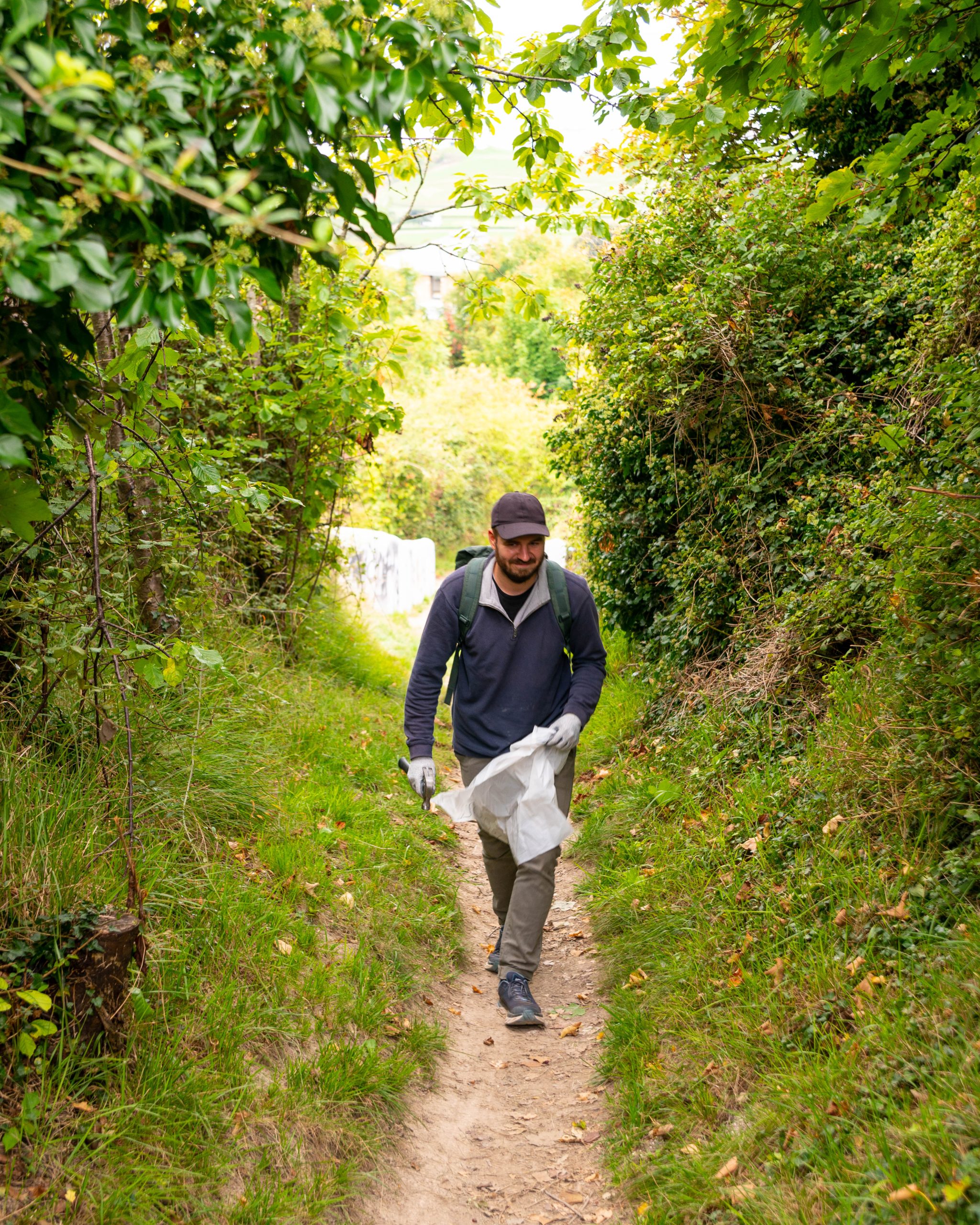 SALT + EARTH is a festival that explores the geography and geology of the Kent Downs Area of Outstanding Natural Beauty in the southeast of England. The festival is created in collaboration with Folkestone Fringe, Creative Folkestone and the Kent Downs AONB organisation. The festival has run from 2015 with varying schedules and output, however, the festival has always been a celebration of the environment and landscape of sorts. This year, the festival has taken a slightly different direction as we celebrate the Kent Downs AONB’s bid to become a cross-channel UNESCO recognised Global Geopark site. The area covers a vast swathe of the Kentish countryside, defined by the coastal and inland chalk, the Parc Naturel Regional in France and the body of water which connects both.

The festival commissioned 12 artists or groups to create work using their artistic disciplines centred around the geology of the proposed Geopark site. Some themes or aims of the festival include raising awareness of the climate emergency, exposure of the Geopark site, encouraging education and/or use of the site by nearby urban areas.

Aaron Kopp is an artist living and working in Austria. Aaron’s work explores the relationship between physical and mental structures – the built environment and social values. Two subjects particularly inspire Aaron. The first is what he describes as ‘other spaces’, places that distinguish themselves from their surrounding by being or encouraging ‘otherness’. Secondly – the political and philosophical dimension of place-making.

I first met Aaron in May 2022 in Kaunas, Lithuania. Aaron was there as a representative of Openspace.Innsbruck and I from Folkestone Fringe. Aaron had previously read the brief of SALT + EARTH and recognised the match of his artistic practice to the festival brief. After conversing over dinner and becoming familiar with Aaron’s work, I too recognised this match.

Aaron first visited Folkestone in August 2022 for a short research trip before undergoing his actual residency in September 2022. After discussing the project brief in more detail, Aaron conceived a proposed concept for his residency in Folkestone. Aaron’s initial idea was to create a physical path between two communities that currently does not exist or is maybe inaccessible. Aaron was first introduced to the geology of the AONB by a series of guided walks with me and people from nearby residential or artistic communities. On conclusion of his research trip, Aaron realised that the AONB is in-fact well connected via pathways and perhaps his work could focus on a path that already exists.

In response to the festival brief, Aaron took his project in the direction of encouraging residents of urban areas around the AONB to access the area using the footpaths that already exist. Aaron focused on a path that invites the east of Folkestone up a steep hill towards the beginning of the AONB in Capel. The path had seen better days, it was strewn with litter, it was clear nobody had injected life into this footpath for a long time. Aaron drew similarities between climbing the hill to the Greek Myth of Sisyphus. Lots of people know about the path but seldom use it because of its difficulty, with no resting spots, or because they believe the walk takes too long.

Taking inspiration from the tale of Sisyphus, Aaron began by creating a large wooden ‘stone’ shaped object which he carried up and down the hill every day for ten days. The stone was multi-purposed as attached to it was an L-shaped board of wood which, when resting on the ground, could be used as a bench. Aaron used the bench as a resting place on his journeys up and down the hill. Whilst resting, people would pass him, and Aaron would engage in conversation. Aaron collated information about the identities of people using the path, why were they using it? Most users were dog walkers, however, he met hikers and residents. Aaron wrote a journal about his experiences on the path, what he saw, the conversations he had, descriptions of the environment and more.

Aaron used these experiences to shape how the project developed moving forward. Linking back to the initial festival brief and with the input from the community of people that use the path – he devised a plan. He began by inviting community members to an artist talk, he explained about his project, why he is here and his aims for the footpath. The community was invited to ask questions and input their ideas. Aaron set about creating drawings and designs for a set of objects to be placed along the path. The objects included things that can be interacted with such as seating and decorative items. The aim was to make the path more accessible and inviting, Aaron cleared the path of all rubbish and included two bins in the new object designs – to ensure the build-up of rubbish would not repeat. We worked with a local carpenter who turned Aaron’s designs into reality. Aaron named the path ‘Leaf and Stone Nature Path’ and designed a flag – this gave the footpath an identity, a place the community of people that use the path can be proud of.

The path was officially opened during the SALT + EARTH festival weekend which took place from Friday 23rd to Sunday 25th September 2022. Aaron and I discussed how the objects would eventually succumb to natural weathering and possible vandalism and, alas, some have unfortunately suffered this fate. The majority, however, remain, and Leaf and Stone Nature Path will continue to invite the community up towards the Kent Downs AONB.