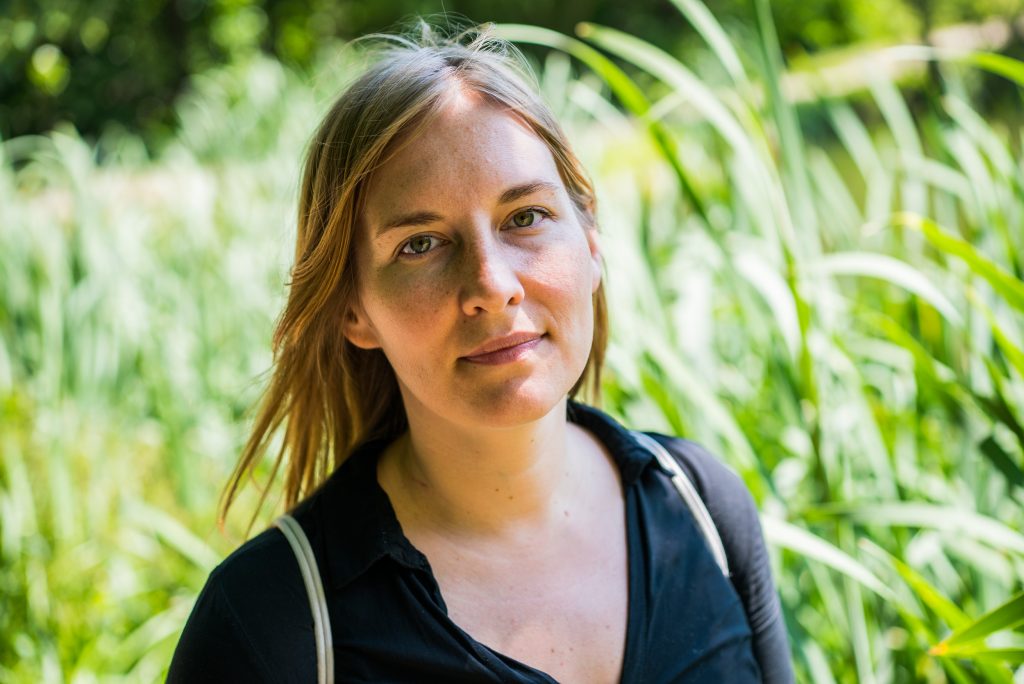 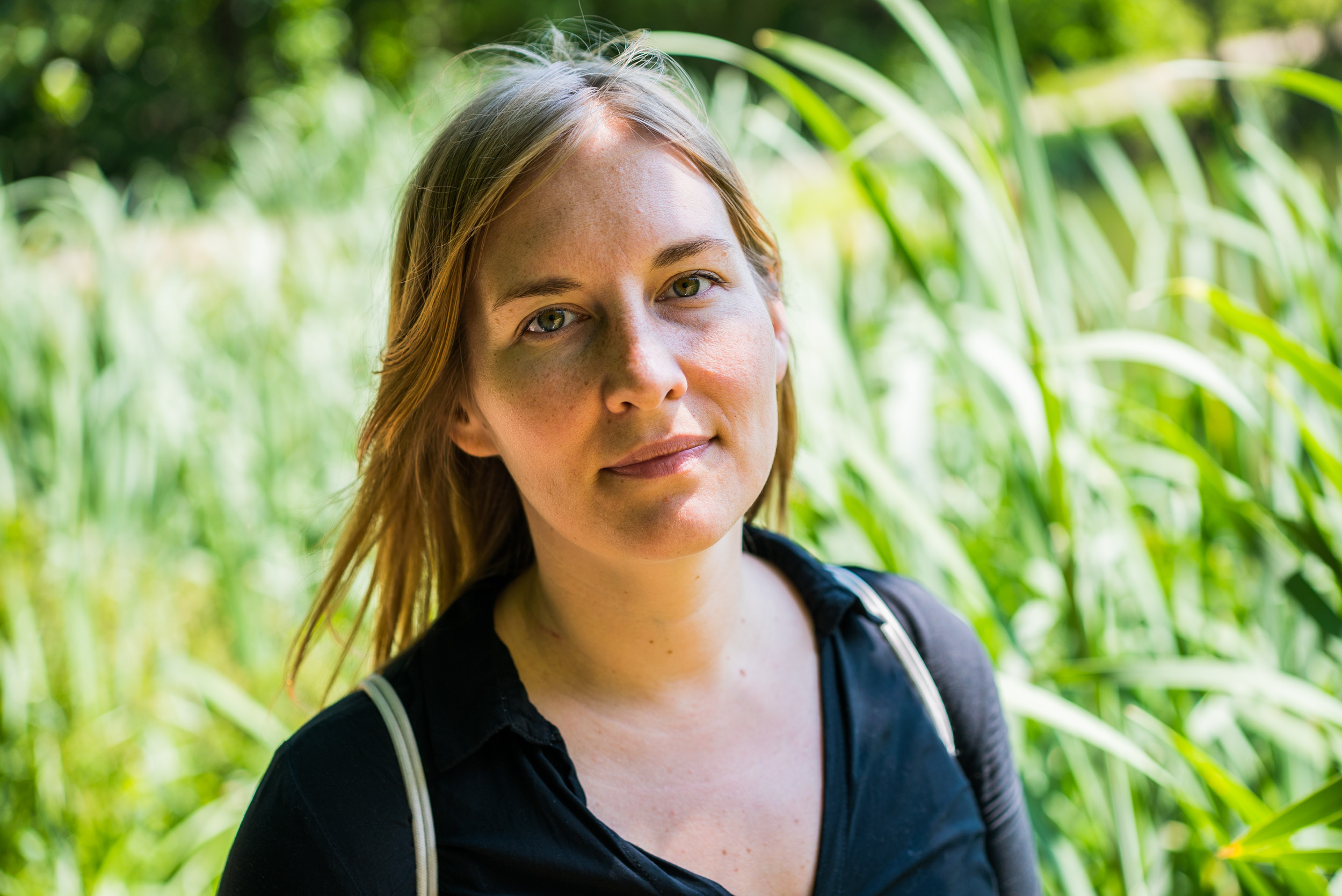 Migrating species – reflections on moving is a three-part site-specific installation, which connects three distinct sites in the city of Kaunas: the waiting hall in Kaunas Bus Station, Museum of Zoology and the garden of Obelynė. The three-part installation is connected by the theme of migrating birds and is based on a month-long research and residency period of the Croatian multimedia artist Ana Kovačić. Taking the personality of a famous Lithuanian zoology professor Tadas Ivanauskas as a starting point for the exploration of the theme of ‘journey’, the artist visited Ventė Cape, an ornithological station located by the Baltic Sea, Žuvintas, a biosphere nature reserve in the southern Lithuania, and the Museum of Zoology in Kaunas city centre – all established by the said professor in the late 1920s. Ana collected stories of people, who knew the professor, including his adopted daughter’s husband prof. Algirdas Baltuškevičius, as well as local travellers, such as prof. Tomas Stanikas, who accompanied prof. Ivanauskas on his last expedition in 1960 to the Ob River in the Western Siberia, Russia, when prof. Ivanauskas was 80-years-old, and Vykintas Matuzevičius, a former sailor, who in 2008 gifted his impressive collection of more than 10,000 sea shells to the Museum of Zoology in Kaunas.

The first part of the installation, Migrating species – reflections on moving (Change), is a video work located in Kaunas Bus Station. The video is a multi-layered compilation of the artists’ and other nature observers’ short films, documenting bird migrating scenes in Ventė Cape and Žuvintas (documentation by Regimantas Vabuolas), and black and white 16mm silent film of nature scenes in the Western Siberia (documentation by prof. Tomas Stanikas). The documentation is supplemented by black and white photographs from prof. Ivanauskas’ personal albums, including his most famous expedition to Brazil in 1931, tree-planting action in Kaunas in 1923 and 1924 as well as private moments from the Ivanauskas’ family life in their homestead of Obelynė. Another layer of the video work is the overnight journey that Ana made from Klaipėda, Lithuania to Kiel, Germany, by a ferry in an attempt to capture the moonlight above the ocean in motion image similar to a photograph the artist came across in prof. Ivanauskas album. Adding another layer to the work are moments captured by Ana from a bird watching workshop, organised by the artist and led by the Kaunas Lagoon Regional Park biologist Mindaugas Kirstukas, involving the local community of Akademija, where the homestead of prof. Ivanauskas, Obelynė, is located. The video is followed by a narrative about bird and human migration in an attempt to find similarities between the two species.

The second part of the installation, Migrating species – reflections on moving (Cycle), is located in the Zoological museum, on the main pedestrian street of Laisvės Alėja. The installation in the Zoological museum is an ensemble of 4 dioramas that tell the story about the annual cycle of migratory birds and the intricacies of their journeys: nesting, migratory restlessness, avoidance of large waters and migration to the South African Republic. The dioramas include backdrop landscape paintings, created by local painters Karolina Latvytė Bibiano, Jūratė Grickevičiūtė and Samanta Augutė, inspired by the paint sketches made by a famous Lithuanian painter Antanas Žmuidzinavičius of the early 20th century, who was a close friend of prof. Ivanauskas and accompanied him on his expeditions. The birds used inside the dioramas have been lent by the Museum of Zoology and are different species of terns, a migratory bird that is widely spread around Europe with habitats next to the water. Each diorama is followed by an explanatory text about the annual cycle of migratory birds.

The final, third, part of the installation, Migrating species – the reflections on moving (Rest) – a bird watching station – is located in Obelynė Park, Akademija, near the homestead of prof. Ivanauskas. The bird watching station is built from tree trunks, gathered from the woods around Obelynė Park and includes different elements for birds: bird feeder, water basin, sand bath, and a place for people to sit and observe the birds. The installation of a bird watching station in Obelynė Park is inspired by the natural look of the Bukta forest nature trail located in Žuvintas biospehere nature reserve, where fallen trees are preserved because birds feed on insects that make it their home. The main aim of the installation is to encourage local people to use Obelynė Park for their leisure, get people closer to nature and explore the migratory identity of both, birds and humans.

Migrating species – reflections on moving was presented during the 12th edition of Kaunas Biennial “After Leaving | Before Arriving”.