Anca Benera and Arnold Estefan
Hosted for residency in Limerick, 2019 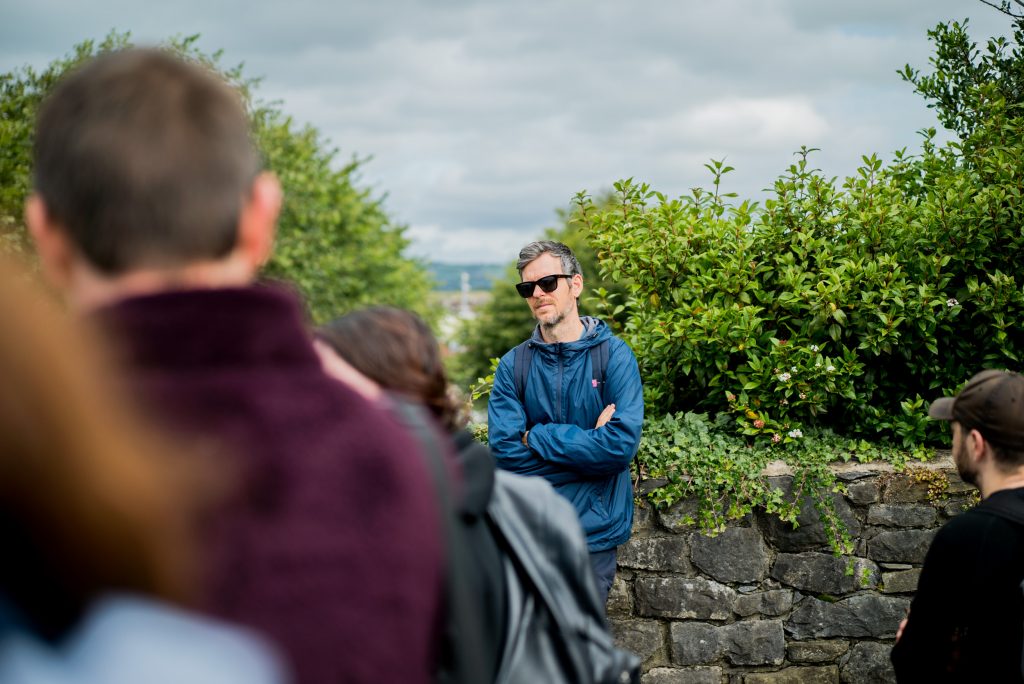 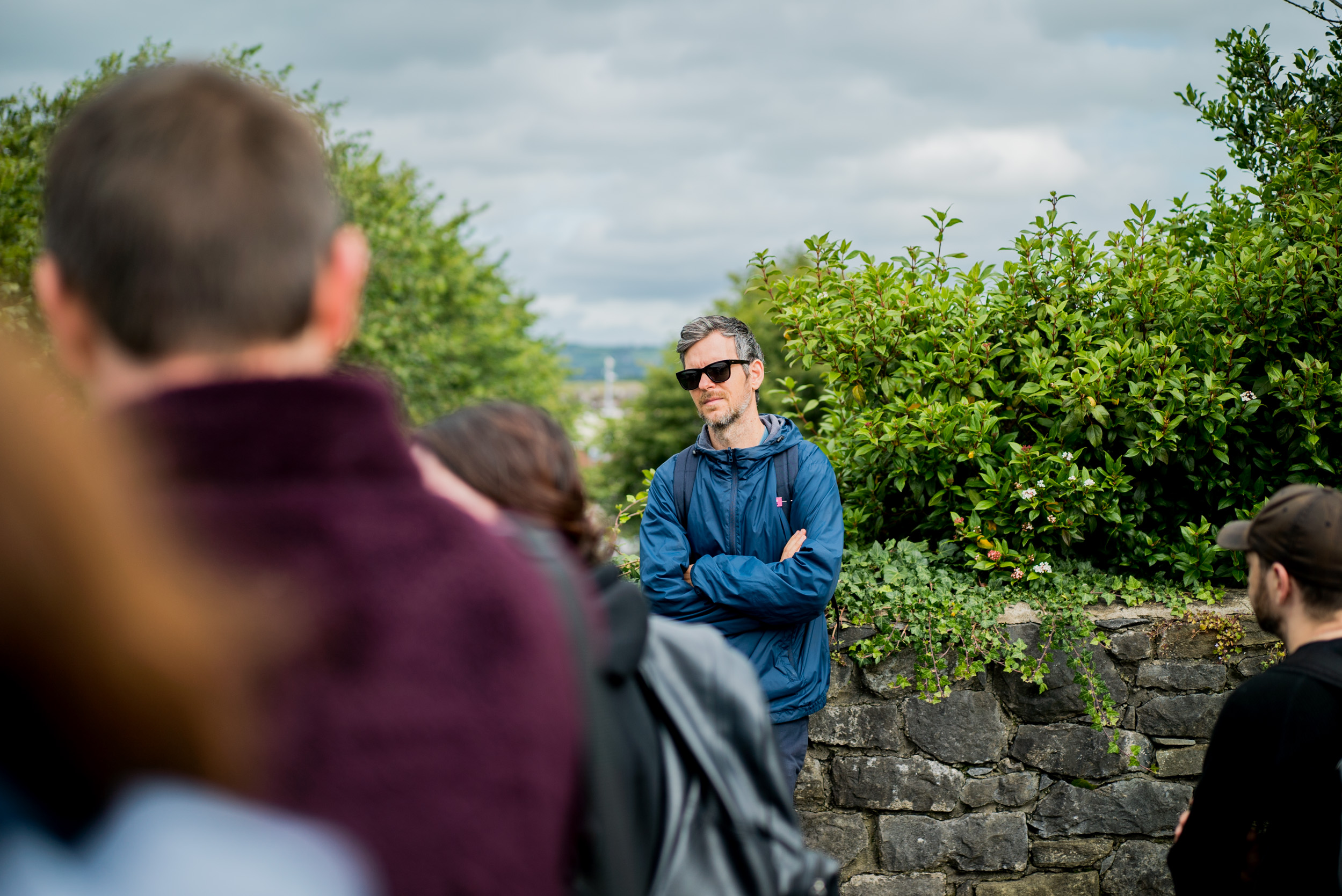 Anca Benera and Arnold Estefan (Romania) are collaborators who have worked together since 2011. Their work in installation, video and performance use research-based methodologies to reveal the invisible patterns that lie behind certain historical, social, or geopolitical narratives. Their recent work investigates the phenomenon of man-made landscapes around the world, where the making and marking of landscape (as a form of spatial modification) goes hand in hand with heightened state violence and the overexploitation of resources. Recent exhibitions include: Musee des civilisations de I’Europe et de la Mediterranee, Marseille (2019) and Metropolitan Art Centre, Belfast (2018).

Anca and Arnold have been on residency in Limerick during the month of August 2019. They have stayed at Brennan Guest Courthouse, near to the University of Limerick.

Anca and Arnolds interests initially suggested at Cleeves Condensed Milk factory and the histories of dairy-production in the city, the Limerick Soviet, alongside other social topics relative to contexts relative to the Golden Vein.

Anca and Arnolds arrival was greeted with an informal drinks reception in the city on Monday 19th August, followed by a city-walk tour the following day. This tour included trips to Limerick City Museum, Limerick City Gallery of Art for a guided tour of exhibitions by Robert Ryan, Fiona O’Dwyer and Mary Swansey, and the Hunt Museum. Both Anca & Arnold expressed a particular interest in the architecture of the Limerick School of Art & Design, and it’s unique histories in relation to domesticity and religious order. In the afternoon, a guided tour of LSAD was facilitated, celebrating the institutions current-day diversity and experimentation. Later, Anca and Arnold were brought on a walk along each of the cities bridges, incorporating King John’s Castle and returning to the city centre. In the coming days, they spent time with EVA Director Matt Packer, and independently planned trips to the Shannon Free Zone, The Burren, and other parts of West Clare. EVA facilitated the Limerick Open Research Event on Friday 23rd August – a one day schedule of cultural meanderings through Limerick City and County, led by artists Bernardine Carroll and Carl Doran. The full-day schedule was free to members of the public and very well attended. It included visits by mini-bus to key sites of social and political history, as well as introductions to environmental issues of the region. This public event also formed part of the research process for artists Bora Baboci (Albania) and Anca Benera and Arnold Estefan (Romania), undertaking residencies in Limerick through August in the development of new commissioned artwork for the 39th EVA International, 2020. Areas visited on the tour related in ways to all three artists residency interests. Nanook, the Magic Carpets documentary team, were present in Limerick for this event.

On Monday 26 August artists Anca Benera, Arnold Estefan and Bora Bobaci presented an informal introduction to their work and plans for the 39th EVA International in 2020.

The event took place at Narrative 4, O’Connell Street, Limerick, from 6pm. It was free to the public, and well attended. Each artist discussed a background to their practise, their experience in Limerick and their research interests, alongside their potential plans for work to be included in the 2020 Biennial.

In addition to the residency period in August 2019, artists Bora Baboci, Anca Benera and Arnold Estefan will all feature their work in some way as part of EVA’s 2020 39th Biennial Exhibition.This event featured public interaction and inclusion, with accommodations for Q & A’s, and an informal drinks reception that further encouraged relationships between artists and members of the local artistic community.