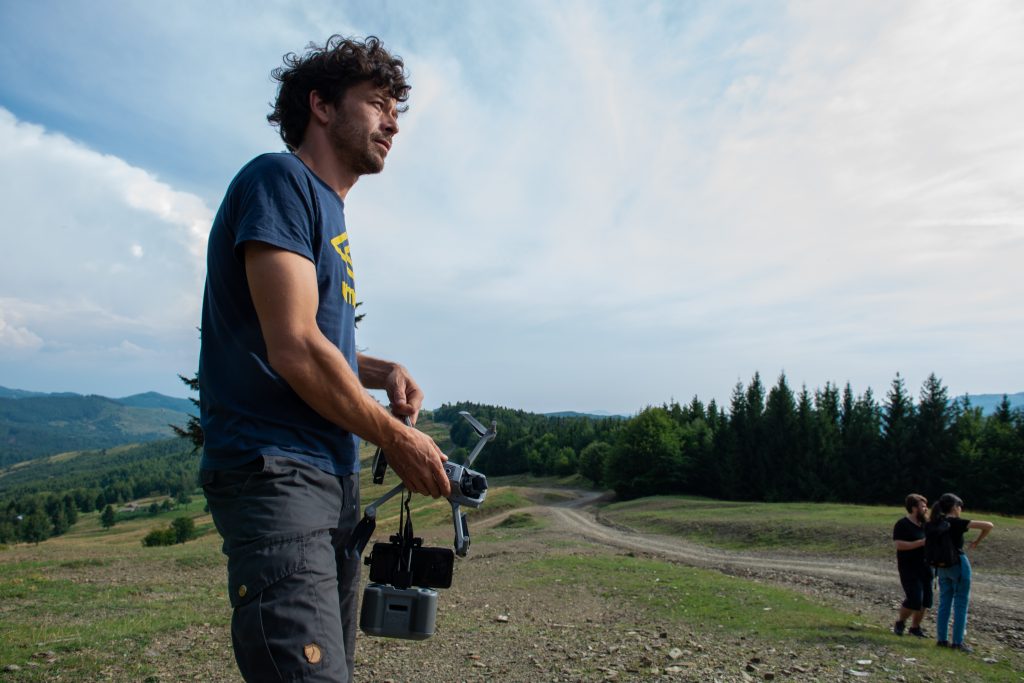 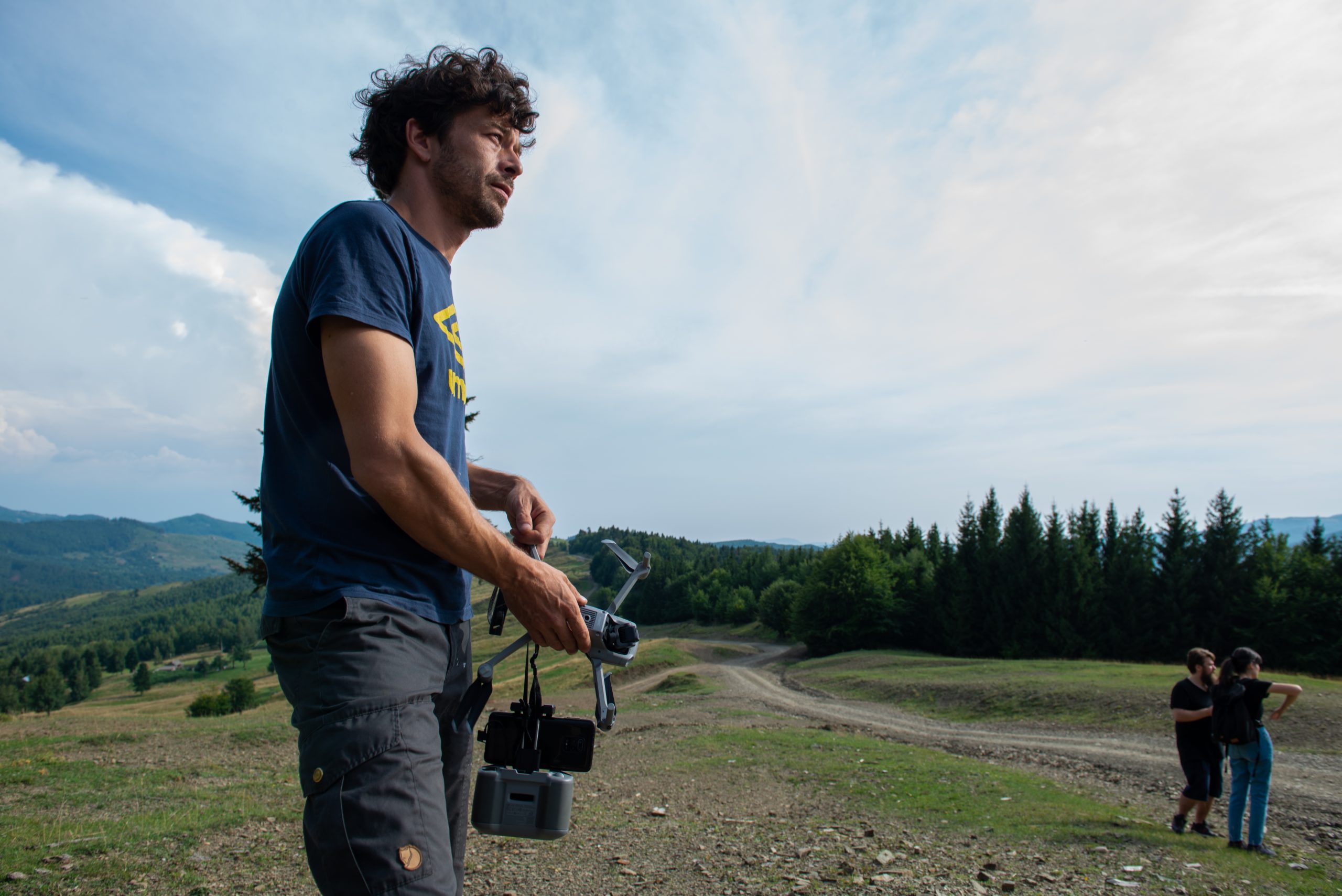 At the beginning of the residency, Sebastian Moldovan told us: “I tend to call any place home from day one. From the little information I had about Slon before my arrival, I felt the same familiarity even before I have arrived here. I used this ability to take the pulse and to synchronize myself with the place, trying to see and record not through the eyes of a stranger, a visitor, but through the prism of a simulated relationship of belonging, of inheritance. ˮ

Moldovan uses, one by one, any available medium of artistic expression available – installation, video, sound, and drawing, being often attracted by minimalism, arte povera, ready-made and site-specific interventions. He uses different media depending on the space or on the situation out of the need to interact, something that painting cannot provide because of the status of a finite, bounded object. His artworks have been exhibited and presented at the Museum of Recent Art (Bucharest, Romania), Gaep Gallery (Bucharest, Romania), Art Encounters Biennial (Timișoara, Romania), Guangdong Times Museum (Guangzhou, China), Galerie Jan Dhaese (Gent, Belgium), New Gallery of IRCCU – Venice Biennale 55 (Venice, Italy), Brukenthal National Museum – Contemporary Art Gallery (Sibiu, Romania). Originally from Baia Mare, he lived and worked in various places around the country – Cluj, Bucharest, Sibiu, Baia Mare, the countryside of Sibiu and Sălaj, and is currently based in Bucharest. Often living in small towns and villages, he is familiar with this rurality, with its concerns and orientations, keeping a connection with the rhythm of these places, of the common man and the majority. He is, thus, looking for a binder/ a bridge/ a representation for the cold conceptualism, often found in his art. In his artworks, Sebastian Moldovan talks about the frustration produced by disparities and abuses of power, retrograde tendencies, corruption, appropriations in a world difficult to define between aggressive capitalism and the inertia of old power structures proposing opposite or excessive realities. To some extent, he turns his gaze away from immediate human reality and finds refuge and inspiration in the world of plants, natural phenomena, mechanisms. If, at first, his artworks were minimalistic, perhaps, as a reaction to the attempt to approach painting, later they evolved towards using the mechanisms of the surrounding world – overloading the senses, exaggeration, noise, violence. There is a tendency to reintegrate drawing, either through itself or through video and three-dimensional installations.

Sebastian started his immersion in the community by exploring the natural landscape, walking in the woods by himself, with his drone camera, and alongside local foraging enthusiasts. The artist hopes to deepen his interaction with the youth of Slon by overlapping his aerial footage of this natural environment onto the locals’ mental maps and references.

“I did not follow a plan but mostly accumulated information and footage for a set of interests – on a larger scale, understanding how human actions are directed by topography, going hand in hand with my recent drone enthusiasm and my fear of bears, then the approach revealed layers like specific human actions and occupations or local flora and weather patterns. Curiosity and the need for knowledge drive me in all I do, including this residency. Not having a plan meant using the new environment as a background and feedback for whatever I had brought with me, like a long-existing bear phobia, or questions about the “substance” and nature of time, or definitions of my own personal Freedom. The process of forming and choosing a direction is subordinate to the collection of content, processing of feedback and actual changes in beliefs and perceptions, and is an evolving building process, each step dictated by the previous. ˮ

The work created during the residency, Calling Places Home, is a later revisiting of footage, previously gathered as a Journal Extime (book title and concept belonging to Michel Tournier). This diary looks and records outwards instead of intimately looking inwards and does so in a completely new playground. It shows the perspectives and realities of the forest and follows the chain of reactions, thoughts and realizations they trigger in those who step inside. The forests reveal limitations and fears and, thus, can bring out revelations. The recordings themselves become a self-imposed challenge when it comes to documenting fear, fear of the dark in the forest, an explicit fear of bears, etc. In its whole, the video records a relevant thought process on its track to change entire aspects of one’s reality.