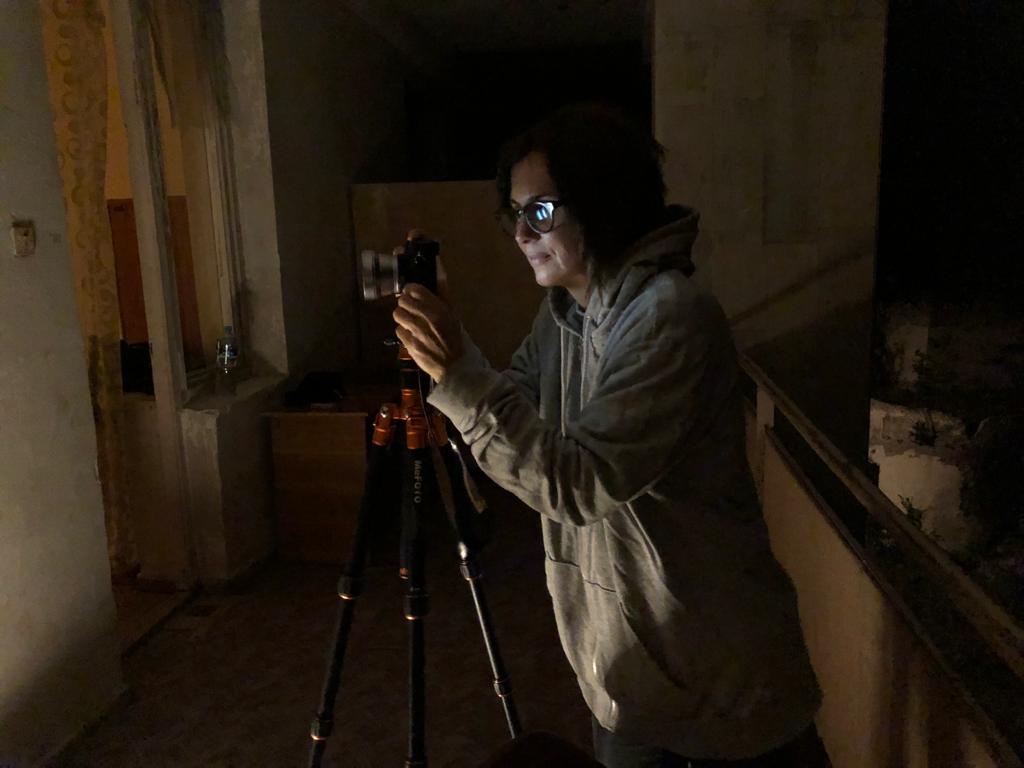 “Private Stages” by Carmen Brucic is about five artists who are part of the Bassiani community, a well-known largest techno club in the capital of Georgia.

In summer 2021, during the residency period in Tbilisi, the artist met protagonists at their homes and private places to create the most intimate portraits that have never been shown before.

The work process with Carmen started in April 2021. The first phase was mostly based on research, getting acquainted with Bassiani club history and its community members. Besides providing all necessary sources as a curator of the project, I was also actively involved in negotiation with the community and each of the protagonists for further collaboration with the artist.

The main idea of the project was to show a different angle of the daily life of the community main members from the so-called “21st-century techno mecca”. The focus was made on protagonists’ daily life during the pandemic, how they managed to create “private stages” besides the club and the stage which played a significant role in their personal growth and became a first-ever place for exchanges and coming-outs.

While Carmen was discovering if resistance could stay alive in isolation, she began interviewing and photographing young creative activists. The project was inspired by Carmen’s own desire to meet and work with young activists during trying times of pandemic.

“Private Stages” reveals an unknown intimate world of Bassiani community who bravely faced any challenges and have created new alternatives of resistance.

The public presentation (in hybrid format) of the work was hosted by Tbilisi Photography & Multimedia Museum (TPMM), partner organisation of Tbilisi Photo Festival, on November 26th.

Multimedia project out of photo series done by Carmen Brucic became the part of TPMM’s online archives i-mediatheque, that has a free access and international visibility with thousands of online users per month – https://tpmm.ge/en/video-archive/private-stages/.