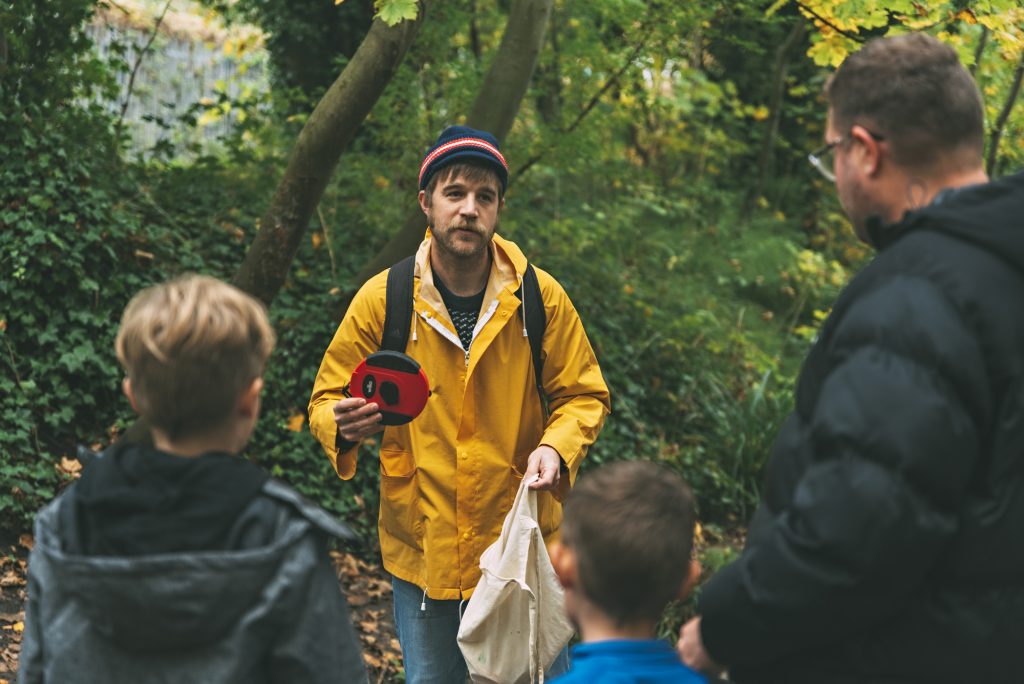 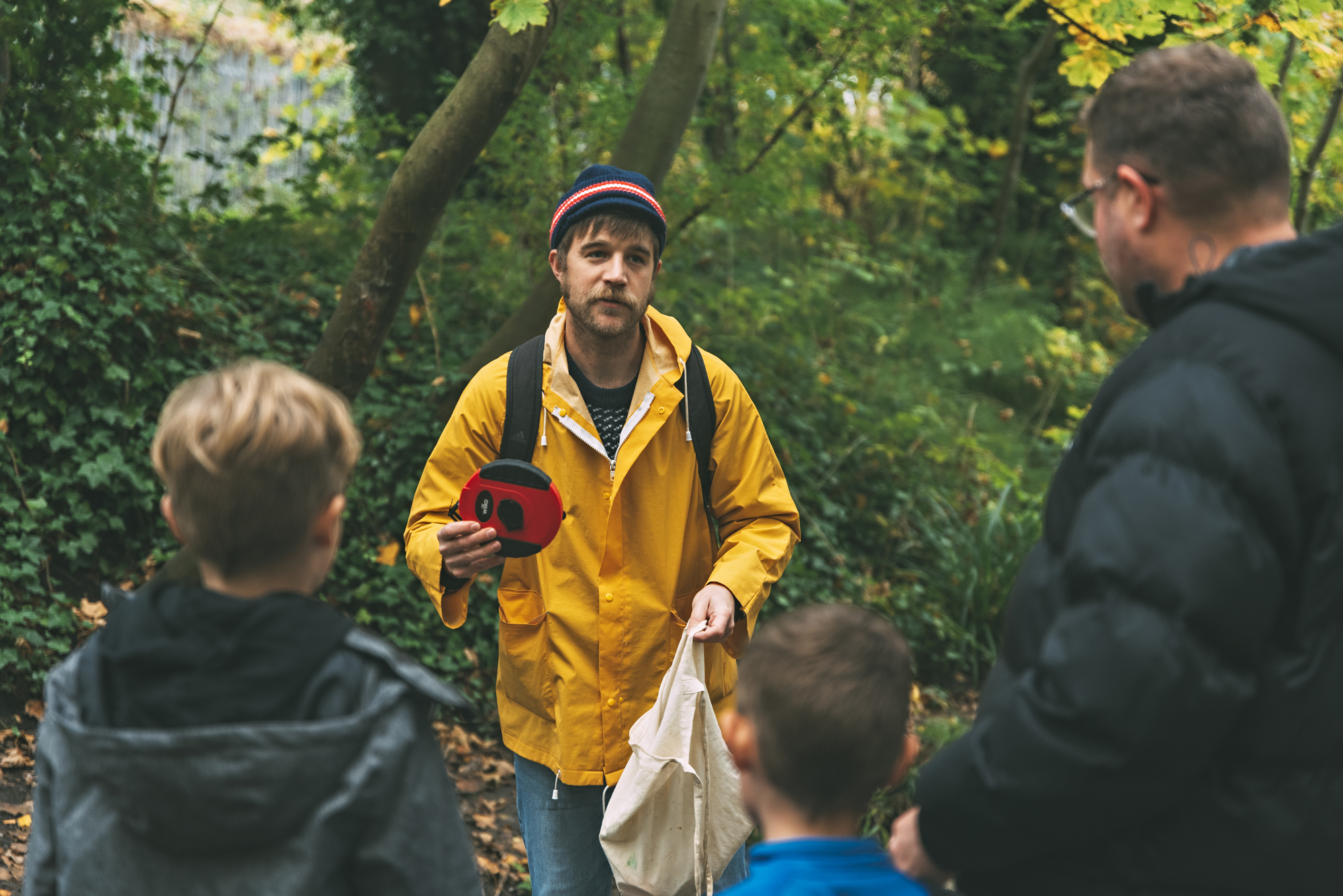 In response to the question “What’s happening, exactly?”, Composer and Sound Artist Craig Gell devised a series of audio-visual works titled Pent Happenings. This project reacted to geoscientific data relating to Foord – an urban area located immediately north of Folkestone’s monumental railway viaduct, and a community that has seen substantial change over the centuries. The early settlement of Foord developed around the Pent stream which in the modern urban environment now runs behind houses and below ground. The community has experienced significant flooding on at least four occasions in the last 120 years.

The aims of Craig’s project were to research the history and ongoing relationship that the town has with water (the Pent Stream in particular) and to encourage people to engage with, and expand their knowledge of, environmental impacts on the town. As well as this, Craig wanted to encourage the sharing of stories and cross-generational dialogue about the town through its history of flooding and to share simple, helpful and alternative ways you can read and understand your environment so you can be prepared for future events.

Craig started his project by asking members of the public to fill in an online resident’s survey which asked different questions; some specifically about their knowledge of flooding in the area and other broader questions about their awareness of climate change and its impact on the environment. Simultaneously, Craig researched the history of flooding in the area and people’s relationship with water and discovered an abundance of information at the Urban Room Folkestone, in a local historian’s records and in the British Geographic Association records. This information formed part of Craig’s final installation, alongside a video and audio piece which re-presented data (taken from the Flow Rate event mentioned below), at Urban Room Folkestone as part of the Festival of Looking.

Another key element which inputted into Craig’s project was a series of Flow Rate events which, as well as being able to download the instructions online and carry out in your own time, were led by Craig at the Pent Stream in person during the Festival of Looking. The purpose of this event was to measure the flow rate of the water running down the stream. There were simple tools, such as a measuring stick, string, a timer, plastic lids and a calculator which were needed to calculate the water’s flow rate. With help from members of the public, Craig installed the experiment on site by measuring out a stretch of the stream with a start and end point. He then invited a participant to measure the depth of the water at different sections so they could work out the surface area of the water. Then came the fun part; the race! One of the participants would drop one of the plastic lids into the water whilst another would time it as it got to the finish line. Another participant would be there ready to collect the plastic lid from the water. After several goes an average flow rate was calculated using some simple sums. The results highlighted how contrasting the flow rate can be on different occasions and the impact that rainfall has on its speed.

These events were an opportunity for members of the public to engage with their local environment in a very direct and applied way. This felt important as, after all, the relationship between the town and water is the reason why people settled here in the first place. Tools that have been around for decades were used to measure a simple natural phenomenon that many people take no notice of or have little awareness of. These age-old tools and simple processes can be used by people of any age and could easily be handed down from generation to generation. In these times, when the impacts of Climate Change are becoming impossible to ignore, these tools should be commonplace knowledge and will surely be useful in the event of future flooding.

The data gathered from the Flow Rate event then played a crucial role in the next element of Craig’s project. At the Festival of Looking Closing event, Craig did a live presentation of his research to the public. Following that he performed his audio piece live to the audience, which was also live streamed online. The audio piece used a programme which enabled Craig to enter the data gathered at the Flow Rate event. As Craig changed the number in each box the tempo and tone changed, and the flow rate of the water was transformed into a rhythm.

In Craig’s words, ‘This series of work explored alternative methods of accessing the natural environment and ways of interpreting live and historic data through sound and image, to facilitate a connection in the digital age. Pent Happenings investigated the occurrence and significance of seemingly remote chance events in the natural environment, and how we interpret these elemental signs in order to predict and prepare for future events.’

Craig Gell’s practice is often inspired by the local environment and responds or works directly with field data. A previous example of this is Craig Gell’s ‘Wave Machine’ (2020) which transformed live sea wave data being streamed from a marine observation buoy into a continually evolving electronic soundscape. Another example is his piece ‘Starling Broadcast’ (2018) which was an electroacoustic sound art piece combining field recordings with improvised manipulation and digital synthesis.