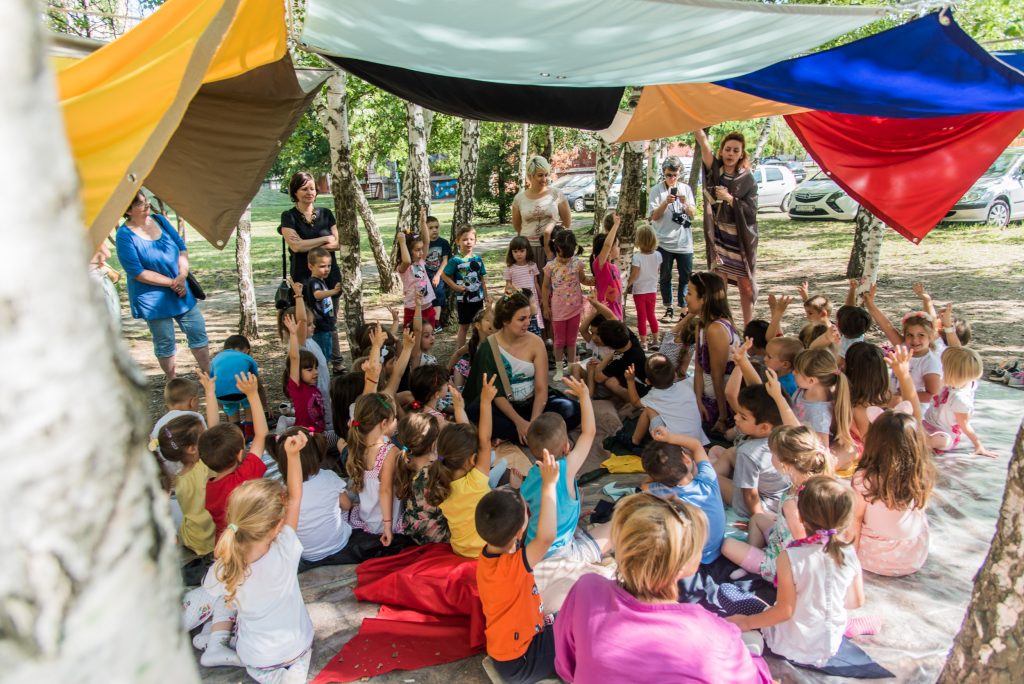 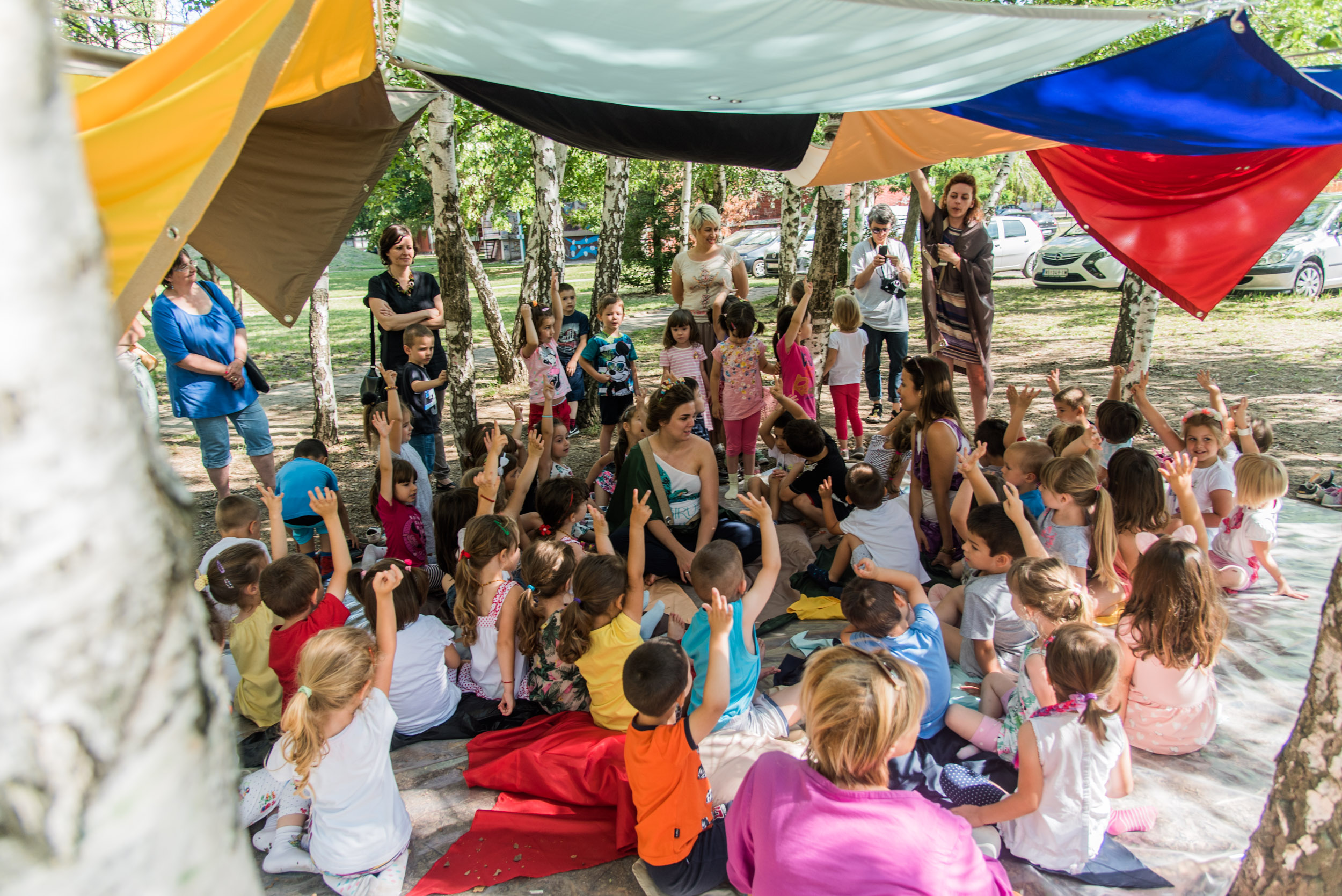 Grossi Maglioni (Vera Maglioni and Francesca Grossi, Rome, 1982) is an artistic duo that began their collaboration in 2006. The artists have mostly focused on research in performance art, installations and workshop-based practices. It is also interesting to note that when combined their name literally means “a warm sweater” (Italian “grossi maglioni”).

To the town of Novi Sad, they brought a project called “Occupazioni”. They began this research project around 2014 and it was based on the exploration of how public and private spaces are occupied. The ongoing project investigates how the intention of occupying and the act of occupying spaces generates new kinds of space and how this tells the story of what it means to inhabit a space.

Their residence took place in Novo Naselje, the largest district of Novi Sad and the biggest municipality in Serbia with a population of around 40,000 inhabitants. Here, they continued to tell the story in order to address the theme of women and their position in the Serbian history, art, wars, migration, community space, dialogues, family, and childhood. They presented the community with a narrative about a mother and a son and used it as a basis to initiate conversation about topics that they deemed relevant to address in the context of Novo Nasleje.

The local community in the neighbourhood of Novo Naselje gathers mostly working-class people at the periphery of the town. To explore the neighbourhood, the artists were collaborating with the experts in the fields of history, literature, law, sociology, movie directing, and poetry. Beside the experts, another important focus group was women/mothers from the neighbourhood, which were related to the main theme the artists explored. Novo Naselje has always been considered as “family friendly neighbourhood”, so a big part of its population consists of mothers and kids. Therefore, a large group of participants were kids attending preschool or elementary school, as well as kids from the school for special needs, and the narrative about a mother and a son presented as a fairy-tale gained a different meaning. This was the premise in which Grossi Maglioni developed their story. Their journey can be divided into 4 parts:

The first part of their residency was dedicated to the research on the subject they were focused on. They explored the city, its history and art as well as natural beauty which affects the life and mindset of the people in Novi Sad. After getting to know the city, the artistic duo started meetings/workshops with local experts in the fields connected to the themes they were interested in: the position of the woman, history, migrations, wars, co-existence of national minorities… The second meeting/workshop involved women/mothers from the neighbourhood, where the group explored what’s actually going on in reality beside the books, history and expert’s opinion about the given subjects.

The most important part of the second stage of the residency was meetings and work with local artists Izabela Mašić, Isidora Vlček and Dejan Krstić, as they had to follow and watch (shadow) the Italian artistic duo and develop their own artistic ideas based on it.

The third part was a final 3-day event that took place in a space among the birches. It was called “Dialogues in movement” and also served as an announcement for the “Applause Fest”. Day 1 was a day for kids from the local kindergarten and around 300 kids listened to a story in a form of a fairy-tale. Local artists were reading the story to the kids under the magical tent, which Vera constructed. In the evening, the opening for other people from the community (elders, kids with special needs, locals…) was held and people were invited to start a dialogue.

In the morning of day 2, there was a workshop which Vera held to a small group of people under the tent, and in the evening, even though the rain spoiled the projection of one well-known Serbian movie “Virgina” (about a woman’s position in society), the audience stayed under the tent and started a dialogue about the topic analysed in the film.

The morning of day 3 was dedicated to the workshop with a small group of people, and in the evening, “Night dialogues” took place, during which the installation was highlighted in the dark and people could stay here and talk.

Phase 4 was the work continuing to grow and blossom through the development by other artists. In this phase local artist Izabela Mašić worked on the continuation of the main idea inspired by Grossi Maglioni. She worked on the subject of “inner dialogues” and explored it as well as presented her work at the three days of open space exhibition (among the well know birches) at “Applause Fest”. She created around 20 mirrors and below every mirror it was a question that tackled our inner voice to speak and lead a dialogue with “us”.

Author of the text: Agnė Poderytė