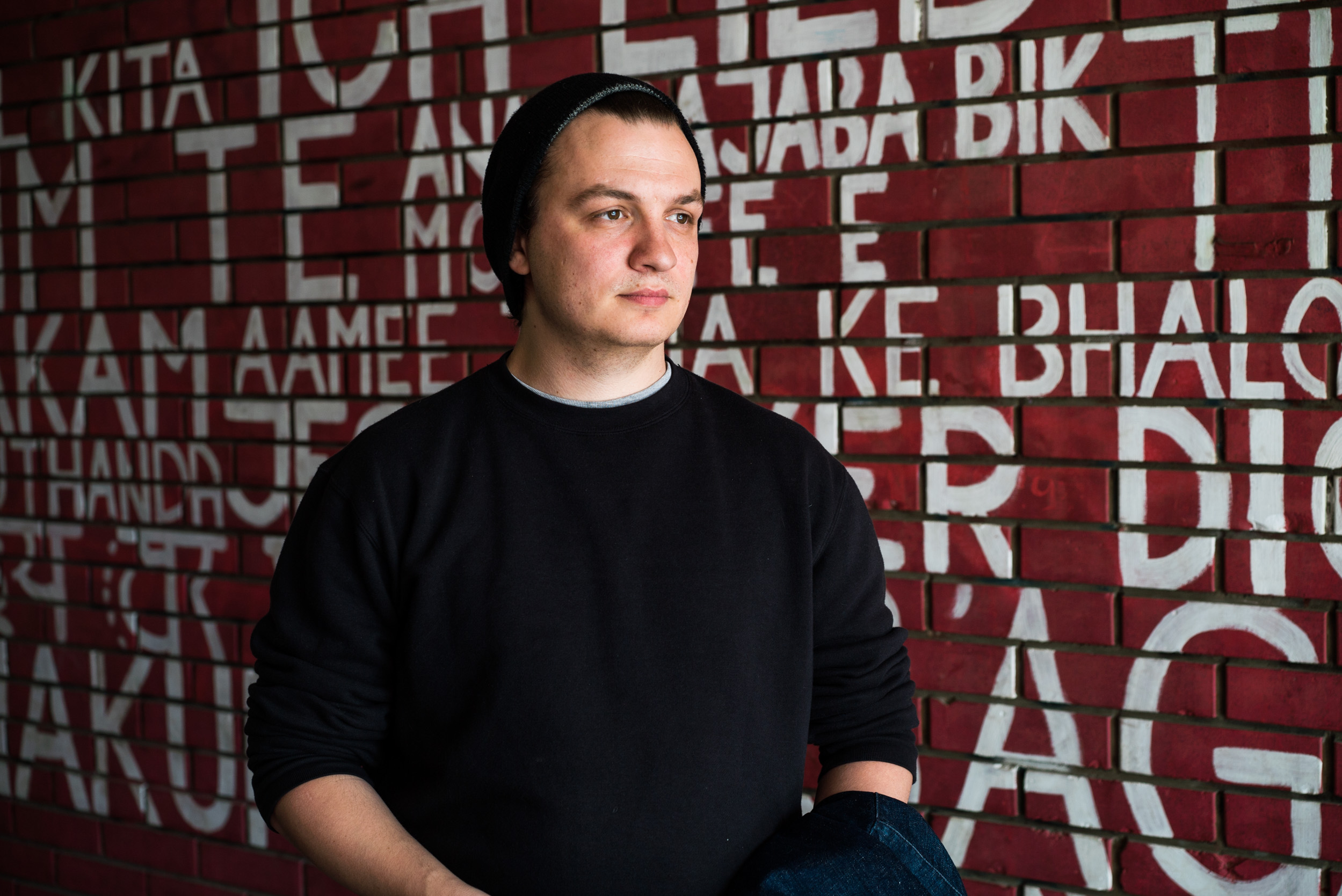 The concept of the project “Moving In” was carried out by the theatre director from Kaunas, Lithuania, Gildas Aleksa, who works with a devising and positioning method that includes improvisation, documentary and comical approach to serious social problems. The project had its roots in future plans of a Cultural Center to be built in the neighbourhood of Novo Naselje in 2021, as Novi Sad holds the title of the European Capital of Culture for that year. However, after long considerations there were still many speculations how and by whom this future institution will be run, and other questions that were not yet answered.

Gildas’ approach to the task ahead was based on meetings (official and unofficial) with many local artists, art groups and people, who are active in their communities. According to the artist, after long explorations, he finally found a suitable way to approach the topic: “All this labyrinth of thought, eventually, brought me and the people that worked on this project to what I usually do – spread culture to where it does not “belong”, spread the idea of art as a tool, spread culture that tackles serious social problems, but in a way that is more pleasant and inviting. I wanted to spread culture that provokes thought, communication, decision-making and problem-solving.”

The residency resulted in a two-day theatrical simulation called “Moving In” with two different versions of the soon-to-be-built Cultural Centre. Based on Gildas’ own experience in running cultural venues and festivals, especially in residential neighbourhoods, the project explored a version of a Cultural Centre that concerns itself with the concepts of “art that does not create culture” and “culture that might create art”.

The first day of the theatrical simulation “Nightmare in Cultural Centre” was a participative performance with an invitation for the local residents to explore the concept of “art enclosed in itself”, which sets artistic goals so high that it forgets people, environment and context. “Nightmare in Cultural Centre” was meant to be educational in introducing the neighborhood to unknown forms of art and inviting them to physically build their Cultural Center by hammering down its borders. The central point of this performance was the exploration of the worst-case scenario that might take place and transform the possible anger and bitterness towards the future outcome into laughter, sarcasm and unity of the local residents.

A secondary school brought its children to watch the show and meet the artist. After actively participating in the show, 12-and-13-year-olds shared with Gildas their thoughts about the show, the future possibilities for the Culural Centre, their cravings for cultural activities in the neighbourhood and the need to cooperate in order to achieve something. These young people showed that they would do their best to build a community and, subsequently, a country which creates new meanings and values and does not vegetate in given conditions and plays by given rules, but changes them instead.

The second day, called “First Work Day”, was in a form of a one-day festival in which different activities (educational, performative, entertaining) were held. The festival took shape in a simulation of the future Culture Center presented in a physical manner by place-marking of the rooms and playing possible future scenarios. The main goal was to empower local people to have an impact on their own cultural field.

Marking and inhabiting the physical spaces of the future Culture Center happened as a conclusion of Gildas’ residency in Novo Naselje. The artist aimed at emphasising the importance of togetherness, where inhabitants of Novo Naselje have to cooperate in order to create a better future for themselves. The two performances – “Nightmare in Culture Center” and “First Work Day” – revealed all doubts and fears as well as positive future scenarios attached to the idea of this building and its possible impact on the local community with “the worst” and “the best” versions of the Cultural Centre that is soon to exist in the neighbourhood.