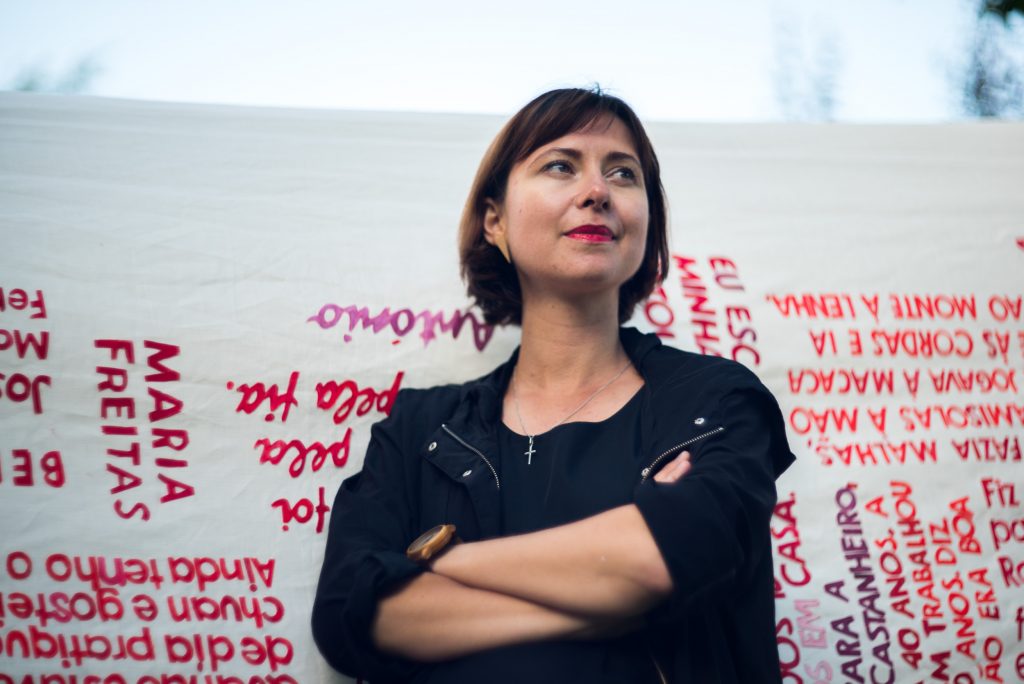 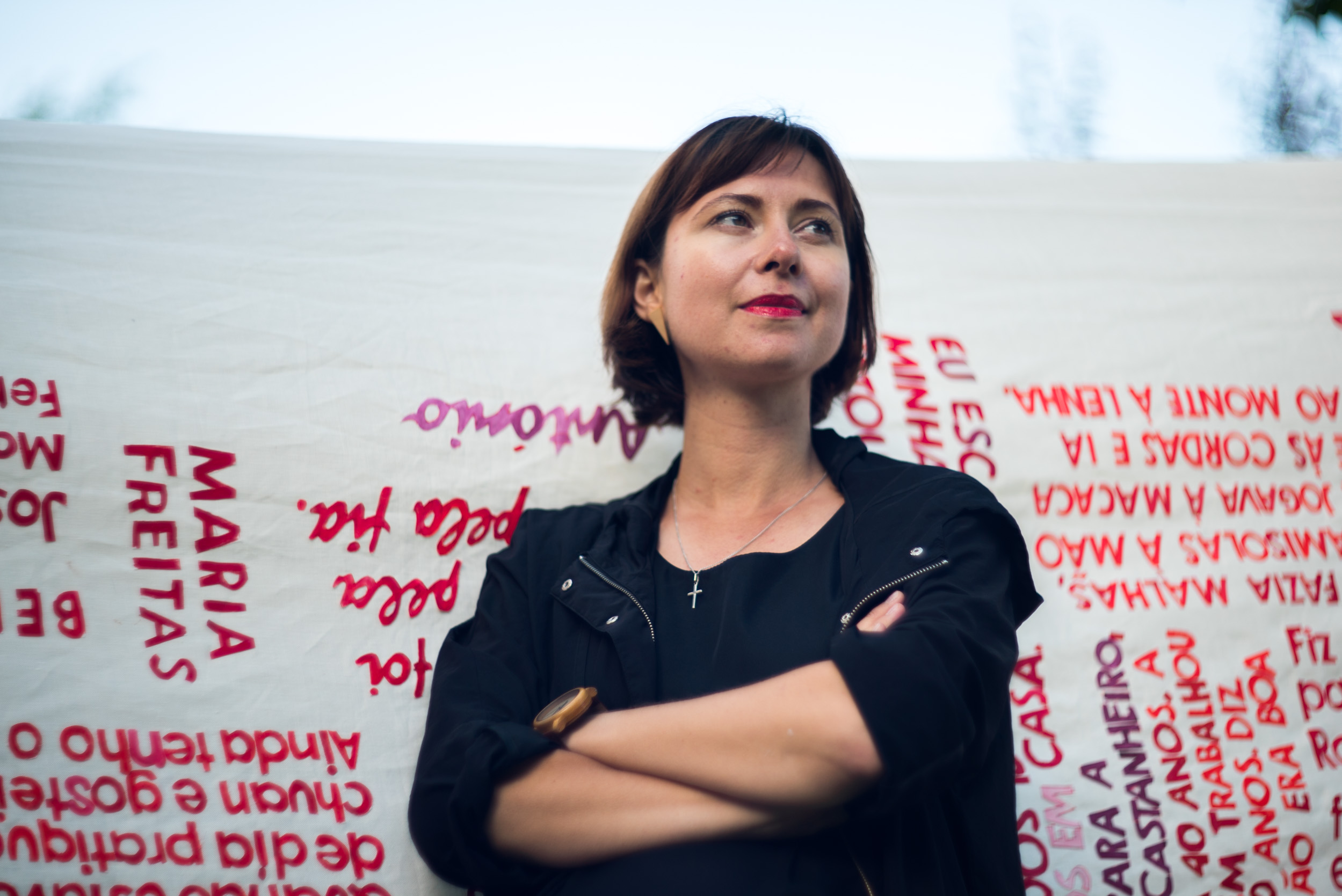 The memory of people and places can be found everywhere: in buildings, streets or pattern of clothes. It can embody nostalgia, longing for better times and things that were once so important. During her residency in Guimarães, a village at the North of Portugal, MagiC Carpets artist Jelena Škulis faced the power of memory and nostalgia related to the industry that is so inextricably related to the identity of people living here.

When speaking about Jelena’s MagiC Carpets residency, it is important to mention that Vale do Ave / Guimarães is a region made up of a population that is mainly engaged in textile production and which, currently accounts for about 10% of exports, 20% of employment in manufacturing and employs around 130,000 workers. Entire families have dedicated their lives working in the textile sector of the region. There are records of production, industry and manufacture of textiles.

The goal of Jelena’s project was to collect and analyze the textile memory in Guimarães and the Northern Portugal that is characterised by deeply embedded traditions in making and producing handmade and industrial textile, emphasizing the identity of this region which is intertwined with the textile. Yet it seems that collective textile memory is full of complicated issues going way back: some people worked in factories from the age of 5, they dedicated many years of their life, strength and energy to the textile and sometimes, some of them were punished painfully for doing mistakes, insulted and abused. Yet at the same time, they are proud to be a part of the textile history in this region.

Some memories about textile are full of saudade (a special word used in this region to describe the feeling of longing), some pleasant, splendid, honoured, but some are painful, unpleasant, dusty, defensive.

The goal was to embody the diversity of textile memory in one object – thus, the memories turned into a tablecloth that transforms into the flag proclaiming memories. The goal was to re-question them and also reunite people by the process of re-memorizing (in a performative action). The object has two sides: all the pleasant moments and aspects are in red letters, all painful – in green, but on the other side. Colours red and green are used as a reference to Guimarães (also the Portuguese) flag. The technique of application rarely used in tablecloth is important because of its multilayering process in line with the idea of memory.

The process of making the object was based on interviews, workshops with the community of Santa Casa de Miserecordia in Guimarães, textile researcher Paula Nogueira and workers from a closed down factory Castanheiro. Jelena was fascinated by the community of Casa de Misericordia as they were very reflective and motivated.

On May 17th, 2019, a symbolic and intimate ceremony and tea-time with the community and people involved in the project took place, celebrating the “good” part of textile memory. However, it should also be taken into consideration that if the other side is hidden, it does not mean that it does not exist. It must be reckoned with when analysing history and re-memorizing it.