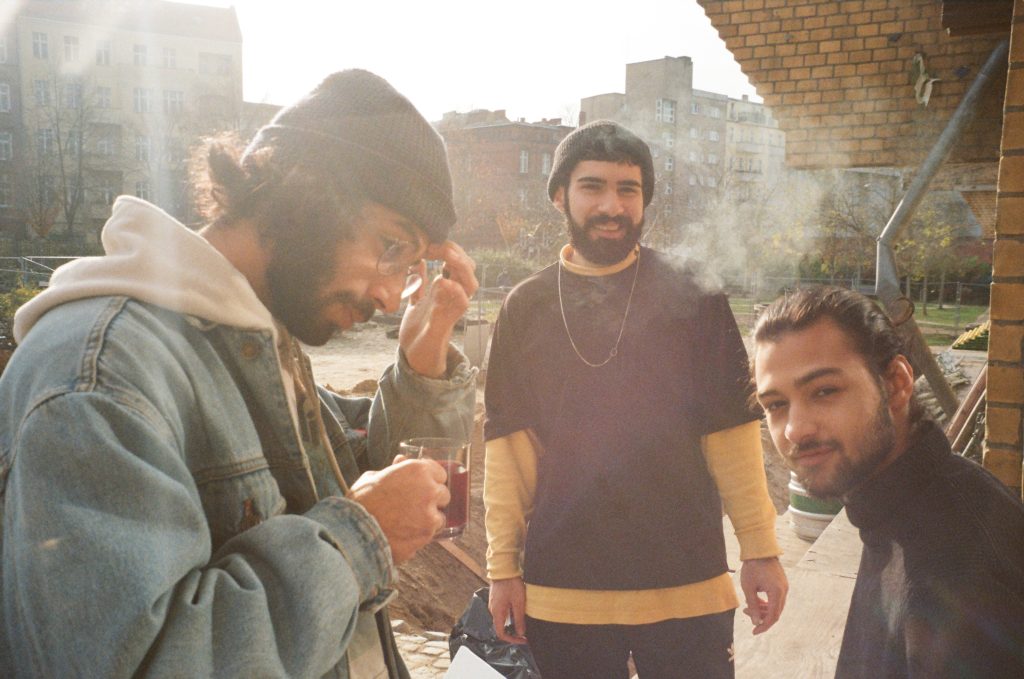 PARKomplex is a project initiated by the emerging curator Ki Hyun Park in ZK/U Berlin in March 2021. This project is a continuation and extension of Body and Institution (2020) in the framework of MagiC Carpets, in which the emerging curator Ki Hyun Park was invited as local artist. Both artistic projects are taking institutional critique as analytical tools to look closely at the bodies around art institutions and eventually “Aiming at a world where many worlds fit”. In the MagiC Carpets year 4, ZK/U Berlin has decided to not host an emerging artist from the partner organisations with two critical reasons; Covid-19 and ZK/U’s construction period from 2021 on. Instead, ZK/U has formed a local artists group PARKomplex for residency.

As a continuation of Body and Institution; ‘ZK/U Workers’ as a community to unlearn structural inequality while reflecting on its own bodies as discourse producers of the institution, ZK/U wanted to move the anchor point of the community further to the park users around ZK/U. As its body is surrounded by a public park in Berlin Moabit, ZK/U has been developing a loose relationship with the park users from the neighborhood since its beginning. Despite the wide spectrum of communities of park users, ZK/U’s intention was to focus on one regular park user group: ‘The Boys in the Park’.

This is how ZK/U and ‘The Boys in the Park’ came together In March 2021. A group of park lovers of the Moabiter Stadtgarten (hereafter only referred to as “Wessi”, due to the direct view of the Westhafen) got together to found a collective between art and activism. The starting point of these reflections was the ‘injustices’ in public space perceived by the founders over a longer period of time. The PARKomplex is as hyperdynamic as the diverse people in the park. It has a wide range of ages and interests: Dewen Kohshnaw, Adrian Omerovic, Nele Rathke, Las Shusha, Nadia Zimmer, Mazen Abdul-Halim, Lukas Geßner, Anthony Römer and Ki Hyun Park.

This hybrid artist collective PARKomplex, overlapping ZK/U and young artists from the local neighbourhood Moabit has been working closely with diverse local partner organisations and communities. Theater X is an alternative community theatre in Moabit, Berlin, which is conceived and run by young people and staff together in co-management. Theatre X was showing PARKomplex at the beginning of the project: how the young-people-run community theatre can work, how to build an identity, how to find funding, etc. Other than this, Goat gang 21, a group which is a big friends’ circle of PARKomplex based in Moabit was one of the communities PARKomplex worked closely with. Since most of the PARKomplex members were born and raised in Moabit and they have been friends since school time, hosting and forming an artist collective PARKomplex in ZK/U Berlin has pulled a wide range of new audiences, the young generation of Moabit. Local park users of Moabiter Stadtgarten, the mixture of regular park users and irregular passerbys of Moabiter Stadtgarten(Moabit’s city garden) where ZK/U Berlin is located were also one of the active participants throughout one year long PARKompelx project. ZK/U International residency artists community, the temporarily formed local community within ZK/U residency, which is located in Moabit, Berlin and the whole team of ZK/U Berlin; temporal and long term cultural workers at ZK/U Berlin were all part of the communities which encountered PARKomplex and its activities.

In the year 3 and 4, the term ‘strangers’ and ‘others’ have occurred upfront for ZK/U Berlin. As a continuation of the year 3’s community; ‘ZK/U Workers’ as agencies to unlearn structural racism who are the cultural producer of the institution, ZK/U wish to expand the term community one step further to the park users of ZK/U. In this project, the boys in the Park and the institution ZK/U berlin were ‘strangers’(‘others’) to each other, but during this project of creating a collective together among the boys and the park and call us as a bit artist group, we have succeeded to reach the ‘co-creation’ of this project.

The year 4 project of ZK/U eventually became a good experiment for working outside of the comfort zone: the artists from the park were the ‘outside the institution’ and for the artists from the park, working with ZK/U Berlin was the ‘unknown land’. Even though there were no ‘emerging artists’ placed in another country, it was still an unknown area for both sides to collaborate. For us the biggest challenge was about obtaining trust from each other, and therefore forming one collective together and erasing these two positions of ‘institution’ and ‘artists’ helped a lot to build trust together while being and working on the same page.

ZK/U Berlin was learning and unlearning about the term ‘integration’ during the 4 years of MagiC Carpets, and in the year 4 what ZK/U Berlin was especially focusing on was unlearn the position of ‘agency’ as an artist, and shift the anchor point to ‘the others’ and having ‘multiple agencies’ to discuss about integration. This is also how in the year 4 we decided to dismantle the concept of ‘helping’ the marginalised community and holding the position of the agency of the project. We rather tried to give the stage to the community and co-produce with them and actively get rid of the concept of ‘integration’, where ‘minority’ has to do fit to the society of ‘majority’.