Postcards 02_The Shade
Hosted for residency in Zagreb, 2022 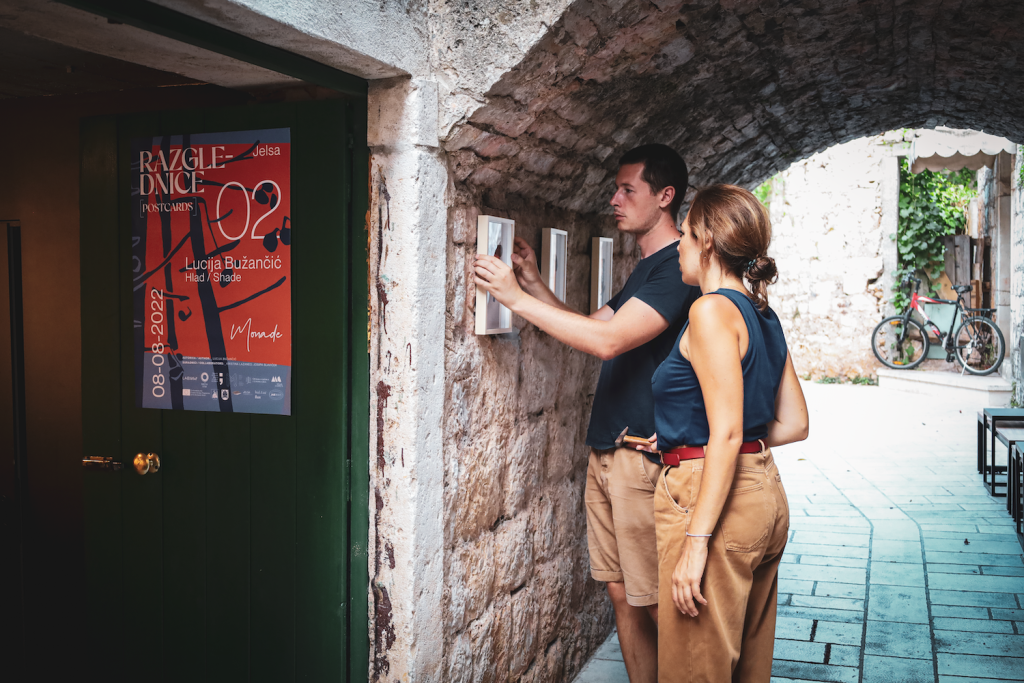 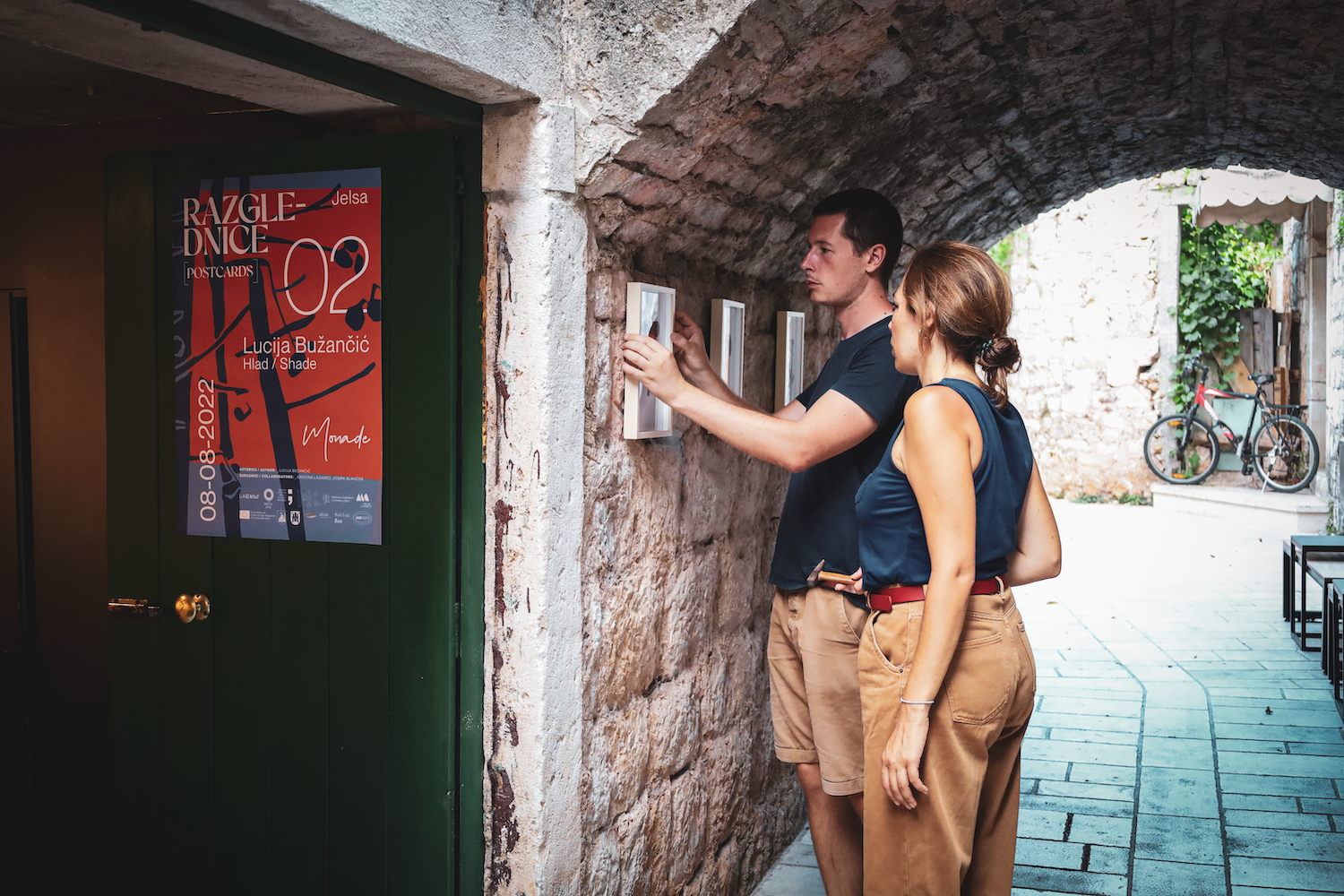 Our second residency heavily relied on the activities held by our expert collaborator Kristina Lazaneo. She held educational walks through Jelsa and in the first thematic walk with our glances directed “up” above our heads, Kristina led the engaged member of Jelsa community in search of shade over the canopies of public spaces, observing the plants that live and grow right in that horizon. The walk provided numerous interesting facts about plants and their benefits, as well as presented existing issues and the influence of surrounding factors on local vegetation. With a help of our collaborator, artists in residency and Slovenian organization Prostoroz, we launched an interactive shadow hunt and tried to mark as many cold and hot micro-locations as possible on the island of Hvar, so that the data obtained could be used for proposals on measures and initiatives of public space in the service of a better and more pleasant life for the islanders.  These difficulties and the bias about the local plants intrigued the second artist in residency – illustrator and animator – Lucija Bužančić. At the time when the island is in high tourist season and the air temperature is rising day by day, while the sea and its winds do not provide the much-desired and necessary refreshment, the author reflects on the complexity of the situation in the shade. Motivated by local experience as well as the island’s ecosystem, Lucija wonders if we can rationally look at all human influences on nature and if we are ready for all of the nature’s answers. These illustrations remind us of the desire to connect and rise above our usual patterns as well as the search for the right balance.

“These series of illustrations are inspired by the sun and the shadow on the island. Heat waves have always been a part of summer, but now the sun has really become merciless. The rays are burning. We seek protection, any shade, and even when it is from these infamous trees.
Aleppo pine is an invasive species that spreads easily, and we often hear about it as a dangerous villain. Maybe because of age, maybe because of the habit of anthropomorphizing everything, or maybe just because of the heat, I look at the pines and I’m grateful. They are complex, neither positive nor negative.”

Lucija Bužančić is animator, illustrator and art historian from Split. She graduated from the Department of Art History and the Department of Animated Film with the short, animated film “Process”. She participated in several international festivals and was included in VAF New Talents (today CEE Animation Talents). She works as an independent author, animator and illustrator based in Zagreb. Her animated films “Iris” and “Saturation” are produced by the Zagreb Film institution.