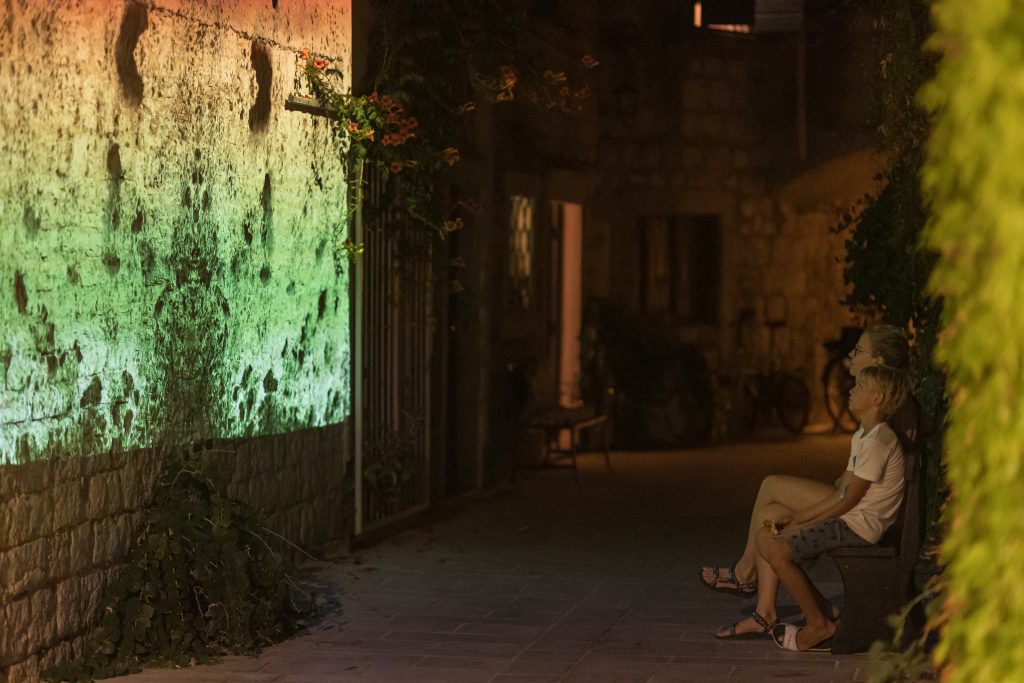 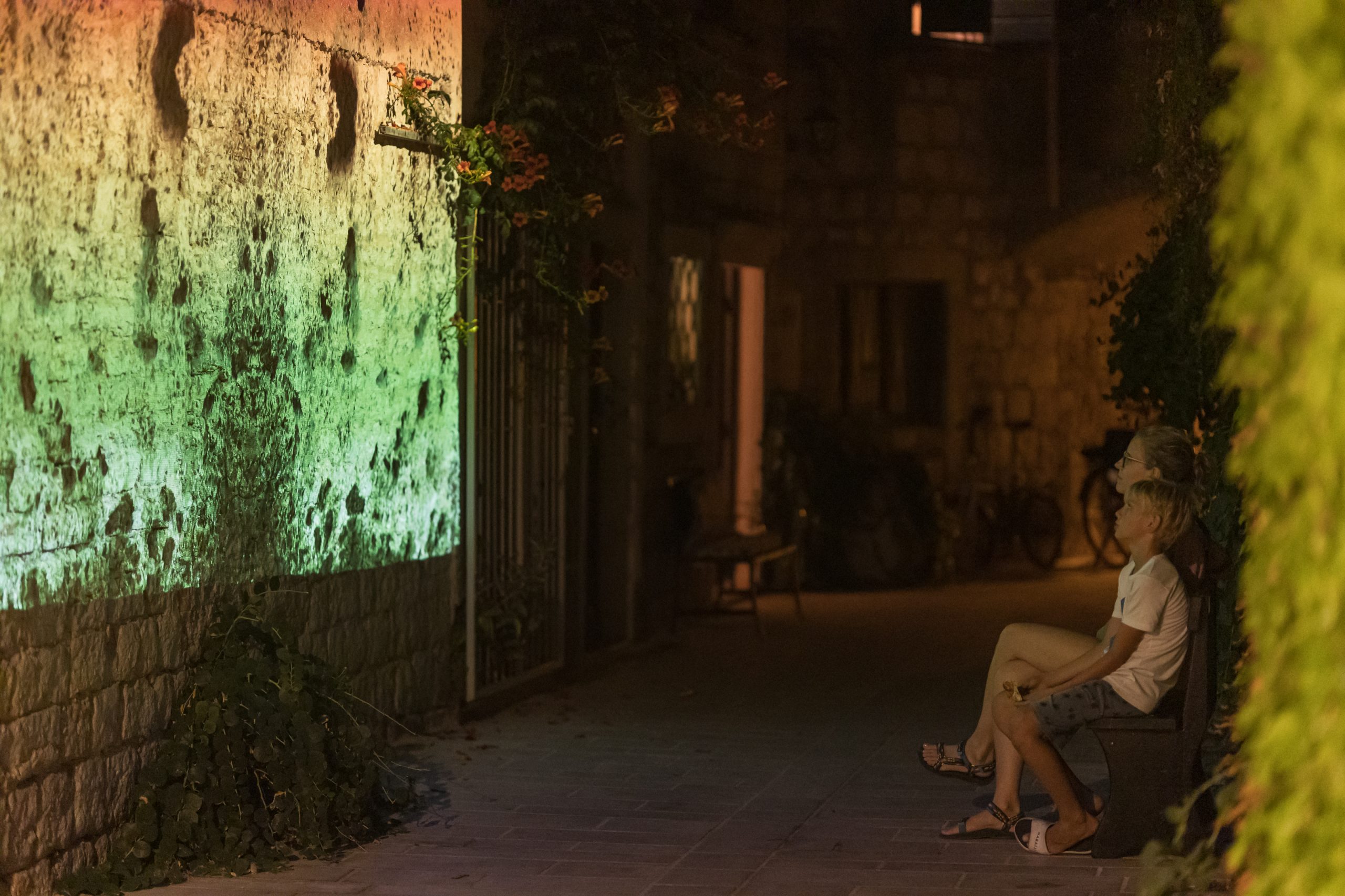 As Josipa did the preliminary research on the space in the context of program development, it was clear that the focus of her work was going to be the space itself intertwining with her artistic expression that deals with the coexistence of nature and man with social responsibility of island issues. Actually, when we look up at the night sky, observe the universe and wonder what else is out there, we sometimes forget how much we still have to explore on the planet we live on. We know more about the space we see than about the complex sea which makes our island an island, separating it from its neighbours but connecting it with everyone else. “Put your finger in the sea and you will be connected to the whole world”. Because of its invisibility, unpredictability and complexity, we need detailed research that would awaken our senses and evoke the unknown worlds of water. With the name of the exhibition “Utopia san se” (a play with words, utopia meaning an imagined place or state of things in which everything is perfect; utopia: Cro., dialectically, to drown + san se: myself), authors Josipa Slaviček and Francisca Rocha Gonçalves (SINØ) want to draw attention to the issue of the rising of sea levels, which is predicted to reach a height of 1 meter by 2100, and 5 meters by 2150. With their video and audio installations, they intervene in the space of the kola (street), submerge it with the symbolism of water to evoke the ambiance of the utopian water world that we can expect if, as an island community, we do not start to question man’s (in)action on the sea and the coastal area. The video visuals are inspired by the elemental properties of water such as motion, specularity and reflection of light, and the human influence on changes in the sea using digital manipulation as a direct artificial influence on the nature of things. What we hear are underwater sounds that, due to the physical properties of water, can be recognized even at great distances, with marine animals using them intensively for communication, navigation and hunting. They were recorded with hydrophones sensitive to the vibrations created by people near the sea with their machines and vehicles, causing underwater noise that affects the organisms responsible for creating the balance of the ecosystem.

Josipa Slaviček graduated in architecture and spatial planning at the Faculty of Architecture in Zagreb, her field of scientific research involves islands and island issues. In her artistic work, she uses the media of spatial interventions and visual arts through which she tries to raise awareness of the coexistence of nature and man, social responsibility, states of consciousness and emotional intelligence. By using digital manipulation as a direct link between the real and virtual worlds where different rules apply, and through creative expression the artist wishes to bring people closer to the vision of the possibilities of the world that surrounds us.

Francisca Rocha Gonçalves is a researcher and artist from Porto. Trained in the field of biological sciences with a degree in veterinary medicine and a multimedia master’s degree in interactive music and sound design, her artistic practice combines interests in sound, technology, art and science. In her research, she focuses on acoustic ecology as a tool for raising awareness of the soundscapes of seas and oceans. By developing artistic artifacts that reveal the problem of noise pollution in the underwater environments, Francisca understands changes in the vibrations and movement of particles, vital components in marine habitats. She is the co-founder of the art collective Openfield Creative Lab and the project Ocean Soundscape Awareness – ØSAW. She lives and works in Berlin.