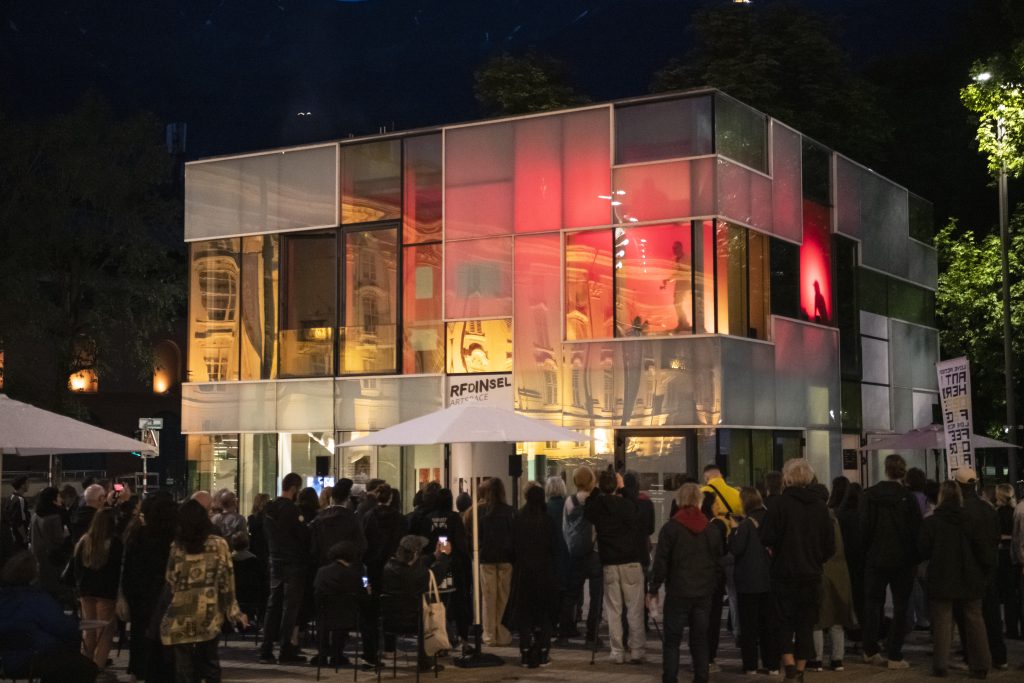 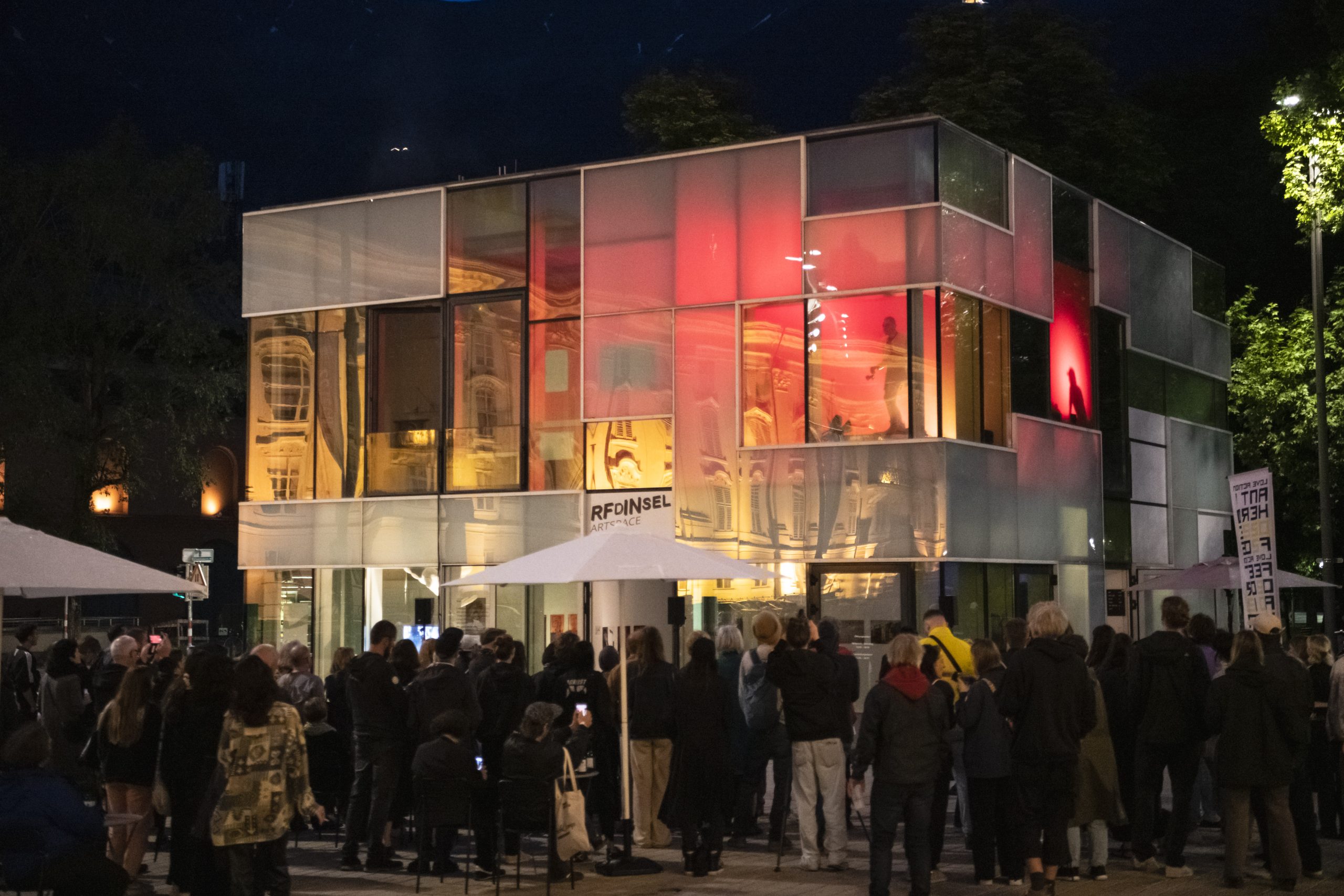 So much more than an exhibition! – Danijela Oberhofer Tonkovic, MagiC Carpets Curator

We started year 5 of MagiC Carpets by asking ourselves “what does freedom mean and how is it to be protected” and by supporting a very significant, beautiful project titled Private Stages / Public Selves, which contained everything we found important at a given moment in our time – from a crucial topic, through the co-creation and cooperation with several artists and organizations from two countries. Activistic, brave, sensitive, essential, and strong. Fundamental!

It was important for everyone involved: for all the institutions, where we asked for support (and maybe even did not received it), for everyone who criticized or ignored, even for a random touristic audience (searching for a parking space or a toilet). Especially for younger generations and scholars who are learning about life – now. To everyone who encountered the project in any way. It will travel through our thoughts for a long time, and we believe the project just reached the right wings for its big courageous flight.

Carmen Brucic is a compelling, authentic, profound local female artist known for her participative methods and projects related to emotional topics in media such as photography, theatre, or performative interventions. In her artistic creation, Carmen enters a dialogue with young people and deals with questions, fears, and visions that accompany this generation. And sometimes – all at once, as was the case with the project we implemented in Innsbruck in cooperation with several local organizations such as Reich für die Insel, Heart of Noise, and IFFI – International Film Festival. Even the Catholic Church supported it most daringly – thanks to Bishop Herman Glettler. They also contributed an incredible intro into the realization of the project in June.

Private Stages/Public Selves is a project conceived the previous year in Tbilisi (as a photo essay titled Private Stages). It’s about five artists, activists, queer and LGBT+ community members – related to the famous nightclub BASSIANI. These five young people are part of a revolution in a society that struggles between autocracy and democracy and where repression is part of the everyday life: Luca Bitchikashvili, Nino Goderidze/god_era, David Apakidze, Omar Gogichaishvili / Hitori Ni and Naja Orashvili with Georgi Kikonishvili.

Over the months, Carmen continuously developed the project further. With joint efforts, this whole group of exceptional people was invited to Innsbruck to present their artistic work during the Heart of Noise festival, International Film Festival – IFFI, and in the eight-week-long exhibition in the Reich für die Insel. While the project was about the artists themselves, it was relevant to all of us!

At that very moment, in this newest chapter of the European history, their artistic position in this project represents a kind of translation of the current war situation for all of us here in Innsbruck. They do it by introducing us to their personal experiences, given that all the protagonists of this story have already experienced three wars. They knew how the people in the neighboring Ukraine are suffering. Knowing that the Russian army is less than an hour away from the capital, is scurrile and frightening. On the other side, let us just try to imagine how it must be to live in a conservative and one of the most homophobic societies in the region, where violence against sexual minorities and journalists is still a very present and severe problem. How difficult it must be for young people to live freely!?

Here in Innsbruck, they left on the side, even just for a while, this burden of heaviness and constant struggle they carried with them. For a moment, they felt free and inspired, but maybe even more, they also felt the importance of their role in the universe we share. And while reexamining their impressions of a society that enjoys some other privileges and lives in another contemporary vibe, they engaged in various exchanges with the local Innsbruck communities dealing with so many different topics, the ones of war, repression, (in)justice, freedom, queerness, LGBT+, democracy, political and social issues, art… food, sound, heritage, and love. We learned so much from each other!

PRIVATE STAGES – PUBLIC SELVES was implemented and showcased as a one-week artistic intervention with local and Georgian artists on the spot, in which sculptures, paintings, animations, inventions, films, photos, and live performances were shown, accompanied by a series of talks and discussions. It all started on Sunday, 29 May, at IFFI Film Festival with screenings and artist talks, continued with group exhibition preparations, with a peak in the sign of the Heart of Noise festival (Opening / Exhibition / Live Performance / Party) on Friday, 3 June. The exhibition was open at Reich für die Insel until 30 July, and the whole cycle was rounded with the exhibition-closing-party and Carmen’s speech at the Christopher Street Day (CSD) Innsbruck – die Tirol Gay LGTB+ Pride demonstration, while walking under the rainbow is still dangerous in Tbilisi and very often followed by the violence of the right-wing movement in the country.

Although I haven’t been to Tbilisi over the last 5 years, I have been connected with that city, its people, and the stories through which they live and share in the most beautiful possible way I can imagine. Thanks to the cooperation with wonderful colleagues there, and the exceptional artists and projects we managed to exchange over the years, I became a part of them, and they became a part of me. I am continuously drawn by force toward enabling the cooperation of two seemingly incompatible but very connected cities and societies. Cities that are official holders of the title “twin cities”, although sometimes it seems it’s only a myth. Connected by significant differences, carried and covered by a veil of human sincerity, warmth, and respect. And this is precisely where the magic happens.

Please let me conclude by asking you to follow all the protagonists, because they are all highly talented young artists / activists and please continue to follow the art project Private Stages / Public Selves, gloriously carried out by Carmen Brucic. It would be great to visit other countries and develop it further through cooperation with other artists and organizations – continuing to deal with and convey important messages.

Once again, openspace / MagiC Carpets offered a solid supporting structure in developing an artistic project. Therefore, in addition to approaching the artist and arranging a residency abroad, we accompanied the artist during the project’s further development and connected her with local and international festivals / programs that offered their stage, audience, and full attention. It was great to be a part of such extensive cooperation! Very grateful for that. We wish Carmen and her team the best in the future!