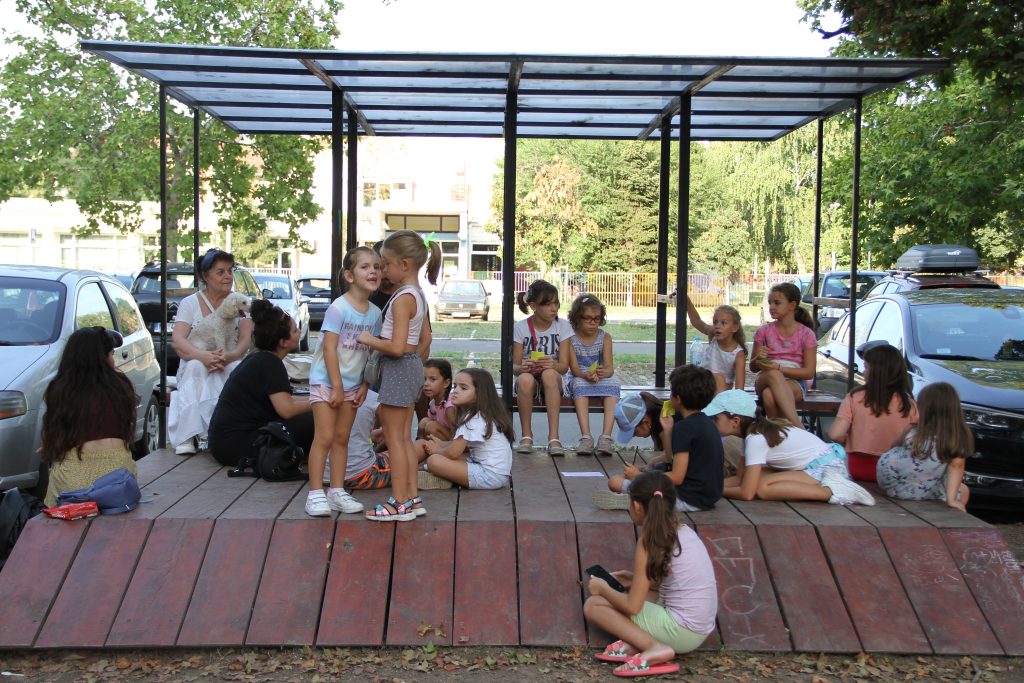 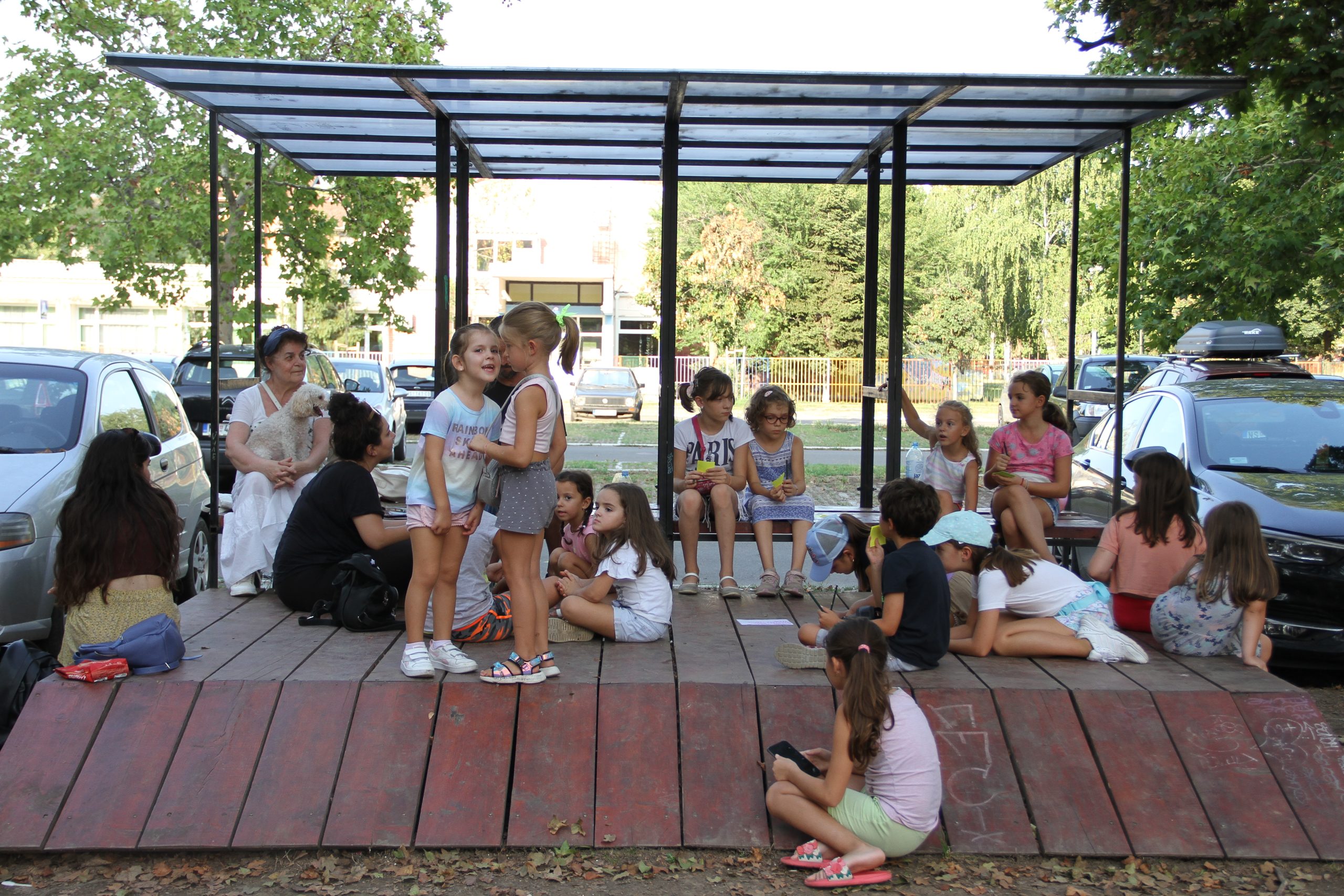 This year’s residency of the MagiC Carpets project was realized as part of the first, experimental phase of the Newly(uN)discovered spaces project, which aims to examine cultural and artistic capacities and programs in public, half-public and private spaces of Novo Naselje.

Novo Naselje is a peripheral neighborhood in Novi Sad, it was built in the 70s of the last century, as a block area with the aim of becoming a small city within the city, so that residents of Novo Naselje have everything necessary for life in the neighborhood, and that they do not need to go to the city center. Over the years, Novo Naselje has received all the necessary contents, i.e. institutions, while culture has remained neglected, and Novo Naselje, as the largest local community in Novi Sad, does not have any cultural infrastructure. Novo Kulturno Naselje was founded in 2014, precisely with this goal to launch an initiative to establish and build a cultural center in Novo Naselje. The aim of Newly(uN)discovered spaces project is to examine public, semi-public and private spaces. Both their architecture and the communities that use these spaces, but also their capacity for cultural and artistic programs, so that in the future, Novo Naselje will get its first outdoor cultural center.

The first thing we did with artists was to get to know Novo Naselje, the community, the architecture, the everyday way of life and the mutual connections between the residents. Then, considering as I said before, this year’s theme of MagiC Carpets, the residences fall under the umbrella theme of the Newly (uN)discovered spaces. We mapped 36 spaces in Novo Naselje, the spaces whose original purpose is not cultural, and investigated their purpose, spatial configuration, which communities use it, but also what those spaces could do to represent in the Cultural center and what are their potentials for cultural and artistic programs. We contacted the communities and got to know them, and during a month of daily work, we came up with topics that concern them, problems and ways to solve them. Both in the conception of works and in concrete advice that comes from knowing one’s own community.

Certainly, this experience was very important for the artists, especially since for all of them this was the first experience of working with communities and curators, close cooperation and co-creation with communities they had not previously known. The whole process helped them to understand the residents of the Novo Naselje better, what their problems and concerns are, and as we included 3 generations, we got a perspective on the community from 3 different angles. In addition, they encountered applied art and learned how to think through concepts so that their works include a current topic and in a practical sense, bring people closer and connect, which is ultimately the goal of such projects. Unite and activate communities through artistic interventions.

What would you do if you saw a rhino at Novo Naselje?

We all have different perspectives, ideas, thoughts regarding public space, culture and art, but especially culture and art in the public space. Siniša Tucić, a local artist, poet, activist and loving neighbor asks young children, the next generation of artists, cultural workers, teachers, actors, directors this question, what would you do if you saw a rhino at Novo Naselje?

Imagination is something that we try not to lose, while we wrestle with growing up, getting to know bad things, lies and unfairness of the world. As artists, curators and activists, I guess that we managed to save a bit more of our imagination than the rest of the population, but even we need help sometimes, and who better to ask than kids. Through the workshops, we imagined with the youngest inhabitants of Novo Naselje about what could exist in an Imaginary Cultural Center, and they wrote short verses about the content that they would like to have in the Cultural Center at Novo Naselje. Taking all the children’s verses created and following the manifesto about the Cultural Center in the open space, which the Portuguese artist Rossana wrote as a first impression of Novo Naselje, Siniša created a new manifesto of an Imaginary Cultural Center in open space. In addition to the fact that the children’s ideas have already been shaped in one format, they remain recorded as an inspiration for the subsequent works of art, and for us as an inspiration for thinking about the unusual content that the Cultural Center in open space can provide.

Through the period of one month, we focused on different points of view regarding the public space and the necessity of cultural content in the neighborhood of Novo Naselje. We rethink the concept of Cultural Center, considering not only the building – but what this Cultural Center can mean to the community in a more ephemeral, abstract – dispersed way.

Siniša’s art piece at the end was the poem “Rihnotown” in a form of sound installation that followed the whole event. With speakers on 7 different spots, from the elderly house to the new garden in the neighborhood, it provided this new experience of collective thoughts of future atmosphere at Novo Naselje.