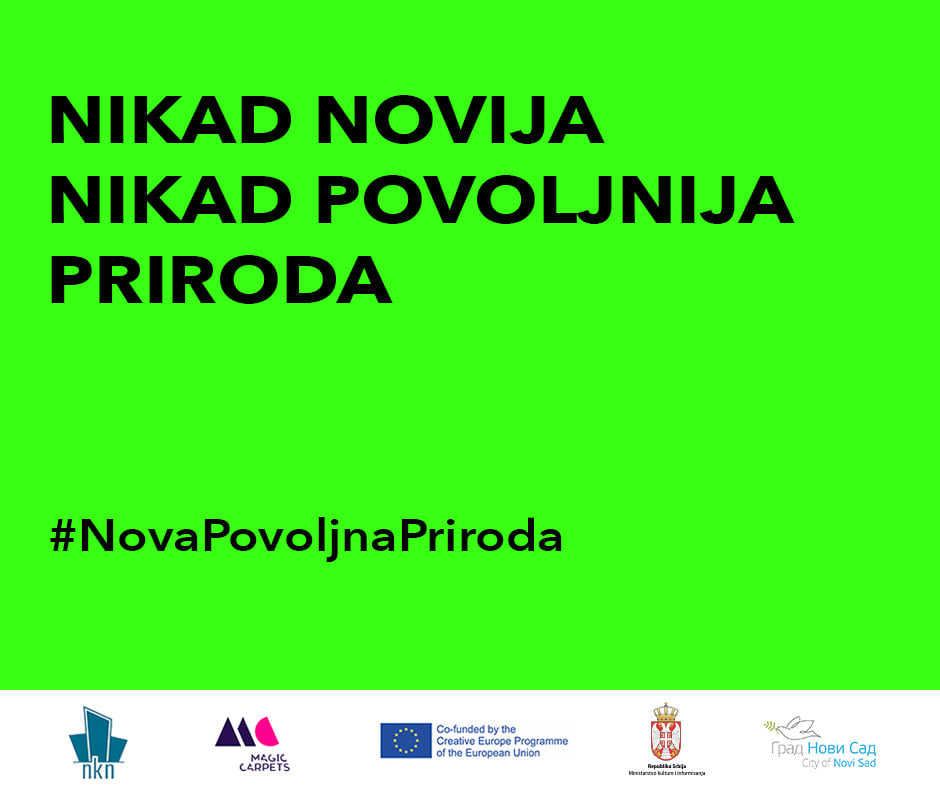 Project #NewCheapNature is asking several important questions regarding the relationship we have with our surroundings, with nature and each other. It is challenging the idea of transferring online engagement into real life impact, inspiring change in individual behaviour.

Human ability to understand the causes and consequences of his /her own actions is the premise of this project proposal. The consciousness of the masses, as well as individuals, is possible to transform by answering the question why. It is not the same for everyone, however, and generalising this causality can lead to a popular and appealing opinion rather than the pursuit for the real thing, as it was often defined by guest artist Richard Schwarz during this process. Our intention was to discover as many whys in human behaviour towards the nature today as possible. Our goal was to find a way to emphasise an already existing small natural oasis rather than criticise the toxic behaviour (as we found it counterproductive). We wanted to ask, discover and propose.

Finding ourselves in the middle of the world health crisis, online communication was inevitable, so the whole idea was transferred online. Even though this was not planned at all, it seemed like everything was according to the plan. We created an online campaign through social networks that provoked us to question our everyday actions and consequences in relation to nature. In a format of questions and interesting visuals executed in a fun, relaxed, and interactive way, our intention was to engage the online community in the topic in an almost unconscious way. This interactive online campaign, a series of questions in the format of a poll, resulted in an online action. Apparently, there is a lot of drinking water needed for making one regular t-shirt we wear for a very short period of time. Building a community throughout the campaign, we came to the idea to ask people to post their oldest t-shirts, so we could calculate how much water is saved by continuing to wear them. We are totally aware of how general our approach is: this action would be 100% true, if there was no new consumption, but the balance and decision on what it is important to highlight, push upfront as this direction is a necessary compromise in order to achieve higher goals. Education and non-critical approach of the group of people that has no interest in this topic was our priority. This project was only the first phase in a long year of actions and changes and yet so important for discovering what we are facing here.