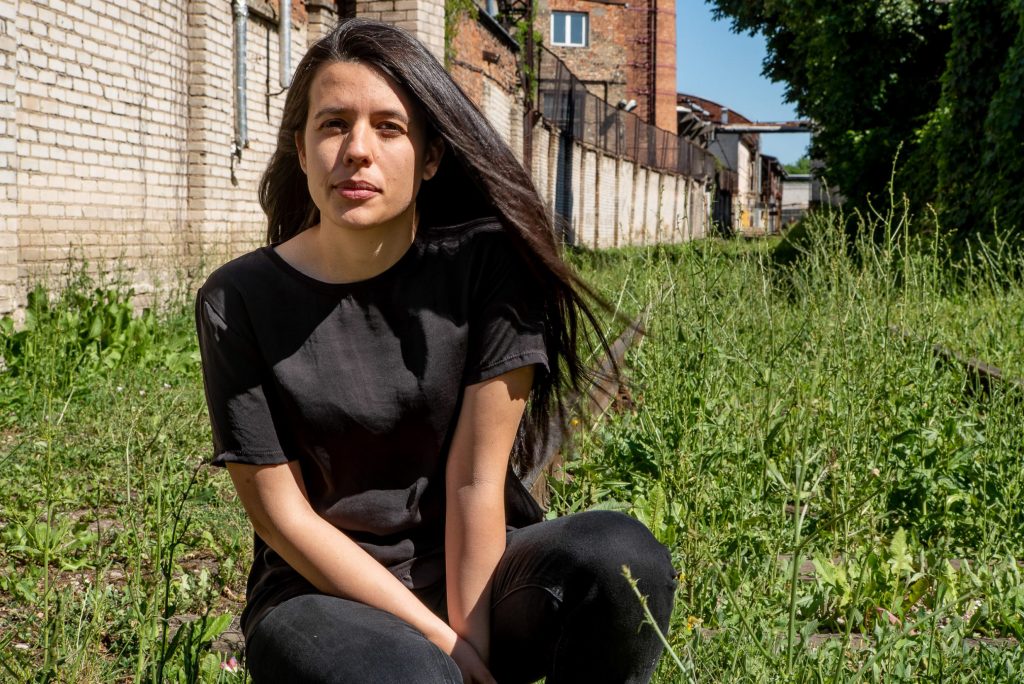 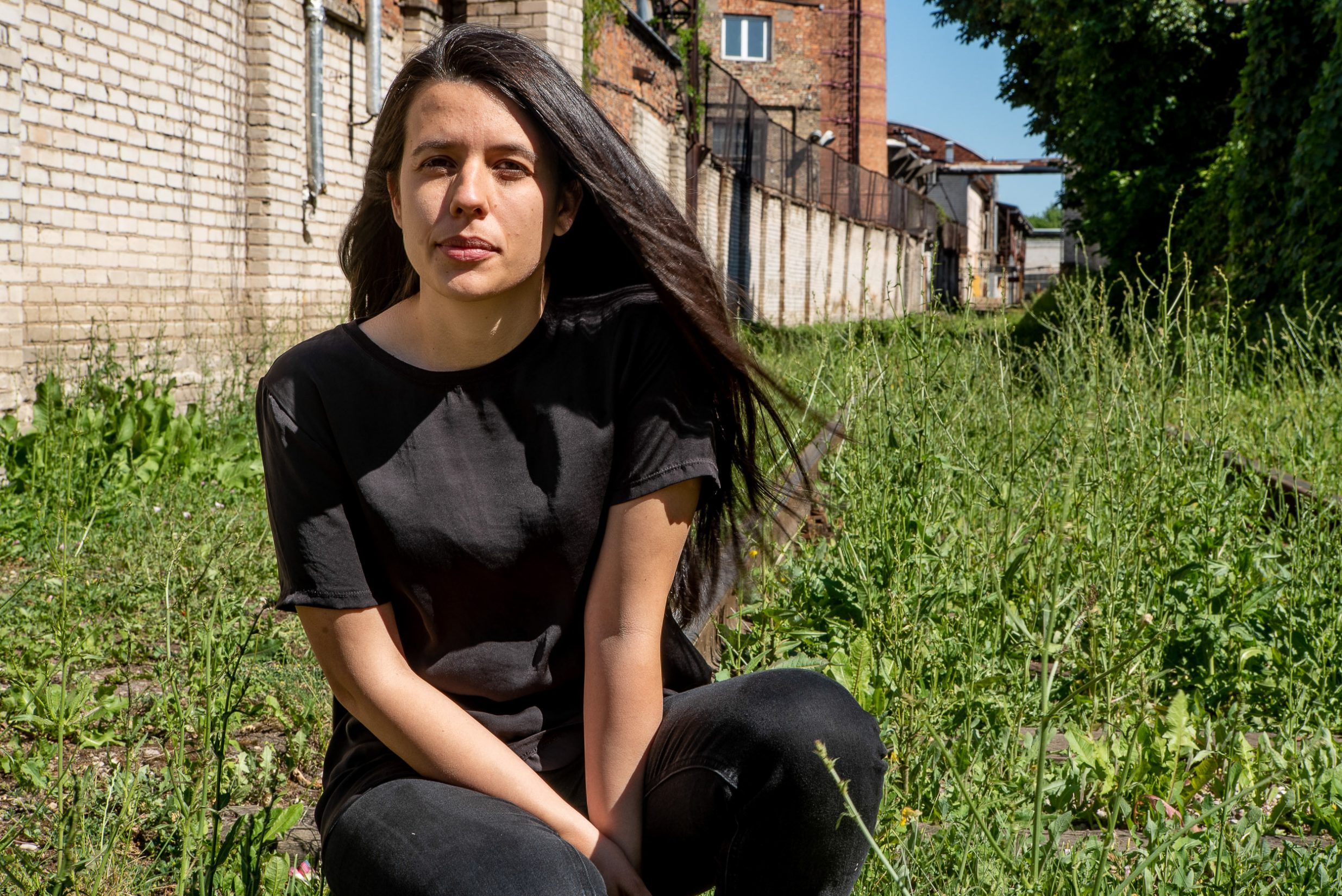 WITHOUT RUINS WE CANNOT SEE THE NEW WORLD

Without ruins we cannot see the new world is a project conceived by the Serbian artist Sonja Jo, who completed a one-month residency in Kaunas. The project is based on the ideological transformations of 1990, which took place in Lithuania, when the country emerged from the 50-year Soviet rule and on the 11th March, declared the re-establishment of its independence. Sonja was captured by the history of the former factories in Šančiai and used the distinct colour of factory wall bricks that bare physical witness to the change in regimes as a starting point for her project. The red (the Soviet period) and white (the Independence period) bricks that make up the façade of the 1940s building allude to the physical co-existence of the two ideologies. On a conceptual level, this work shows the ongoing relationship between industry and politics or rather how the profit-making mindset adjusts itself to current political and economic opportunities. In conditions of war and peace, communism, democracy and capitalism the politics always focus on the maintenance and progress of industry and not the individual. The people’s lives, their spiritual and moral values become subordinate to the adaptation and modernisation of industry. Through the use of media, such as video and photography, which were used by the Soviets for the purposes of propaganda, Sonja creates her own language of contemporary propaganda and examines the effect media has on the society today. The notions of nostalgia, ideology, media and history intertwine to provide a critical reading of capitalism and what it brings to former Soviet countries, such as Lithuania.

The first part of the project, How to fix your history, is a series of photographs and sculptural objects that was exhibited at Šančiai Branch of Kaunas City Hospital. This particular location to display the artwork was chosen for a number of reasons. Firstly, a hospital is a place where people go to fix their health and secondly, a hospital acts as a community gathering place. The work itself focuses on the personal stories of the former factory workers and their attempt to navigate through the political and industrial turbulences of the communist and capitalist regimes. The thoughts, feelings and opinions of the workers that were collected by the artist during informal meetings are expressed in a physical form of invasive sculpture. The aim of the work is to highlight as well as to fix the gap between the two periods of history – the Soviet occupation and the Independence. With the help of local photographer Vykintas Bliumkys, the artist decided to document the invasive sculptural pieces in the former factory walls of Drobė that carry physical traces – the red and white bricks – from both ideological periods.

The second part of the project, How to get rid of your history, displayed at Kaunas Picture Gallery, is an installation and video work that aim to show the conditions upon which Kaunas and the rest of Lithuania accepted all ideological transformations in its history. The initial reaction of human beings is that acceptance of new things or the notion of ‘otherness’ is difficult and complicated. Considering this, the video is based on the motivational speeches given by life and self-esteem coaches, and gives advice on how to deal with difficult situations, such as the collapse of a political regime. The cut-and-paste rhetoric is confusing and the ever-changing character of the presenter adds to the feeling of disorientation. The main message is for the viewer to understand that acceptance of historical and contemporary political events is a matter of individual choice. The artist aims to show how hegemony and its mediation can easily manipulate the individual.

The installation next to the video shows that it is impossible to get rid of your history because it leaves a trace no matter what. The installation is made from the red carpet, symbolic of the Soviet regime, and materials – dust and debris – found and brought from the site of the former factory Drobė in Šančiai. In order to view the video, the visitors have to walk on the red carpet through the dust and debris, which ultimately are carried away from the installation leaving a trace on the gallery floor – in the same way as each personal experience is carried from one political regime to the next.

Without ruins we cannot see the new world was presented during the 12th edition of Kaunas Biennial “After Leaving | Before Arriving”.