“The Merge” by Barbara Gryka
Hosted for residency in Kaunas, 2022 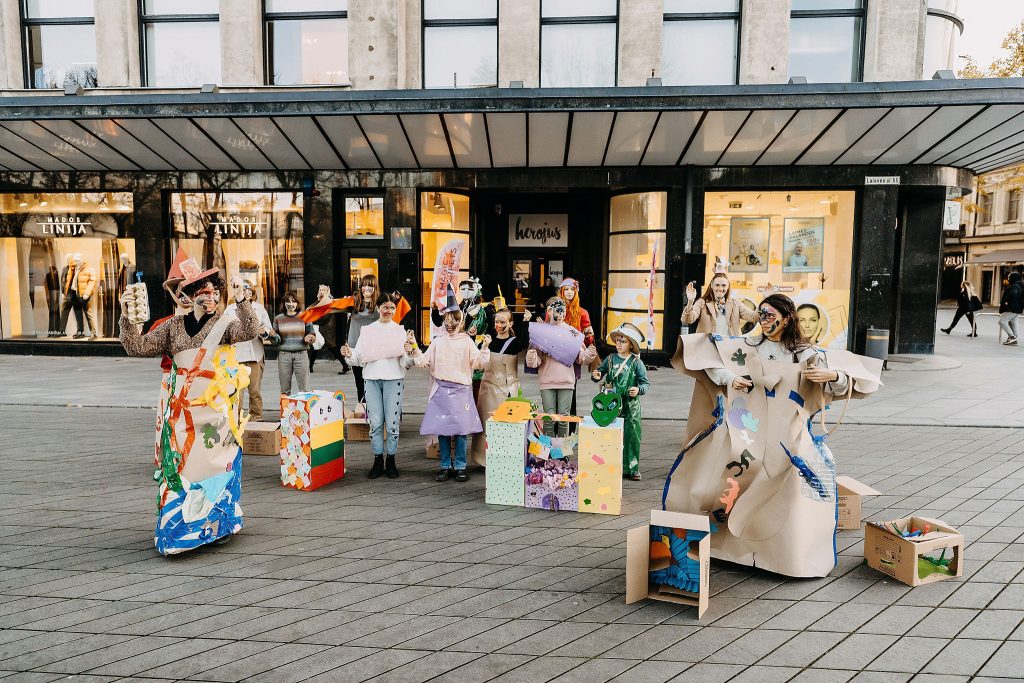 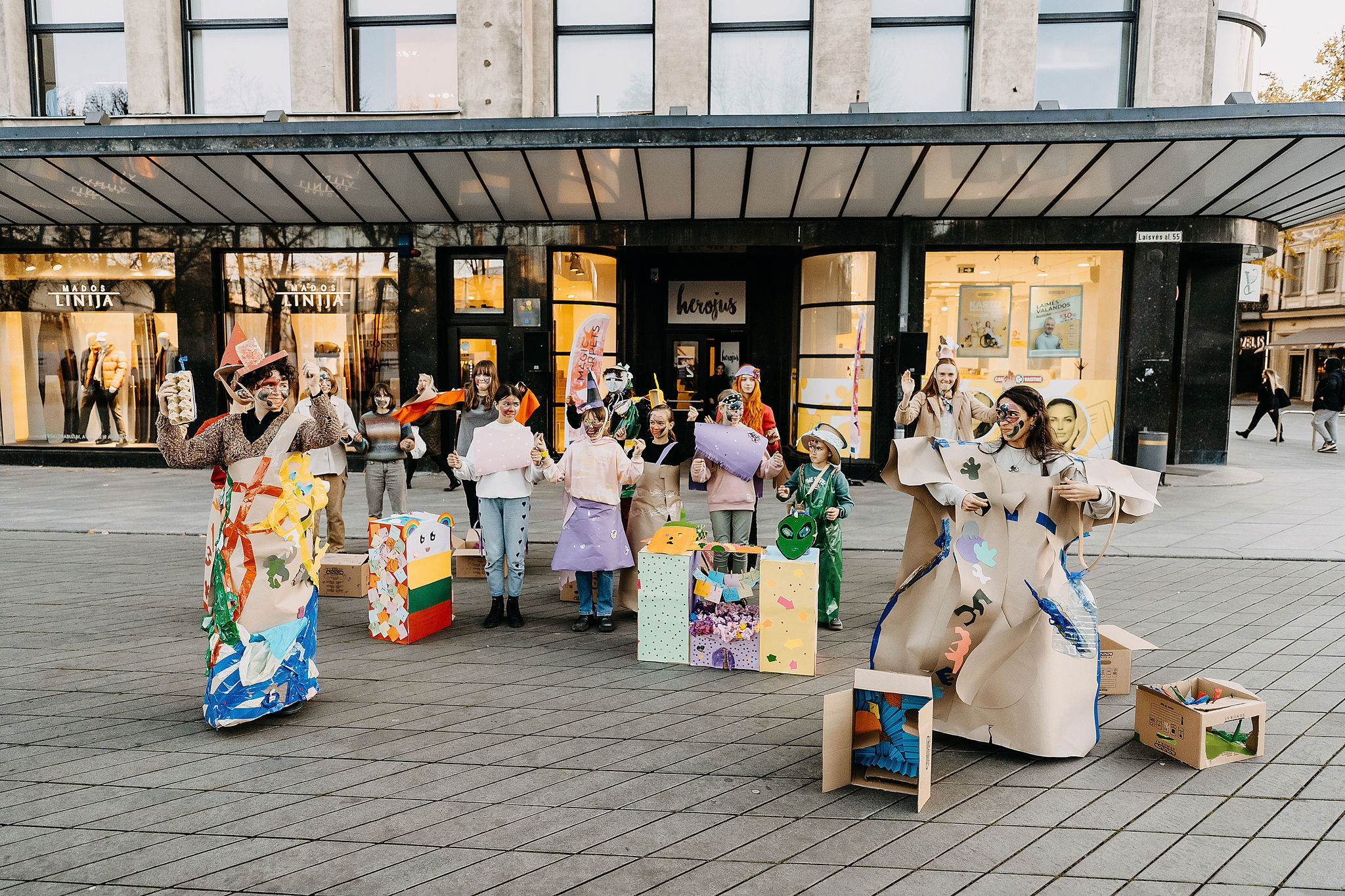 “The Merge” by Barbara Gryka

Barbara Gryka is a performance artist from Poland. Her country has accepted around 2 million Ukrainian citizens after the large-scale war in Ukraine started by the Russian invaders at the beginning of this year. The Lithuanian society felt strongly affected too. Since both countries still remember the national trauma caused by the Soviet occupations, Barbara’s interest in the “MagiC Carpets” project “The Merge” in Kaunas was very natural. The project focused on a newly established yet equally important Ukrainian community which has found refuge in the Kaunas. Various cultural and social institutions offered quite a wide range of activities for Ukrainian people here in Lithuania, but only a minority of these activities focused on the inclusion into society. Therefore, the project’s main idea was to unite and gather the Ukrainian community with the local citizens of Kaunas. In this case, Barbara had valuable and useful experience, since she has already implemented some workshops in Poland together with the people from Ukraine.

When investigating community centers for Ukrainian people here in Kaunas, I was surprised to find out about a non-governmental Herojus School, which is special in a few ways. It develops beautiful values such as creativity and empathy, as well as learning based on experience and reflection. In 2022, the school opened a new branch for children from Ukraine, where they can learn from Ukrainian teachers and their work follows the curricula based on the Ukrainian education system. The issue, however, is that children from Lithuania and Ukraine who attend Herojus school have lessons in different school buildings, thus, creating not only the national and cultural, but also the physical distance between the two communities.

Together with another two artists from Portugal and Lithuania, Barbara Gryka joined this project to suggest creative methods and help unite Lithuanian and Ukrainian children. They invited 12-16-year-old students from both branches of Herojus School to participate in the afterschool workshops. They were implemented based on each artist’s personal practice, but open for the co-creation and cooperation processes within the community and the artists. The group was dynamic, a bit different in each workshop, with the total of 35 children who have participated in the project.

Barbara decided to work on the idea of visions of architecture, she has already started developing some time ago together with her colleague, artist, and curator, Waldemar Tatarczuk. The artists were inspired by the fact that students in Herojus School from Ukraine and Lithuania are studying in different buildings. One of them is located in the main pedestrian street called Laisvės Alėja in Kaunas, known as an iconic example of Lithuanian modernist architecture – “Pienocentras” office building built in 1932. Another one is situated on the island of Nemunas River, close to the city center. It is a new water sports centre, built recently and in a contemporary architectural style, glassy and rented to the school for a limited period of time. According to Barbara, architecture is humankind’s most significant endeavor, a museum of his activity, a testimony to its greatness and an illustrated failure. Architectural differences between the two school buildings metaphorically represents the past and the present, therefore suggesting to reflect on the future, too.

Approaches to the workshops were borrowed from the practice of the Polish architect Oskar Hansen who focused on participation, and the change of hierarchy between an artist and a viewer. He also embraced the art-as-a-process approach engaging the viewer. Meetings with students turned into an experimental laboratory, where the children for whom the world is new, exchanged ideas with already “experienced” artists. During the workshops, Barbara and Waldemar who joined first workshop online, shared their artistic inspirations and asked children what inspires them too. The architectural differences between the buildings of their schools and the effects of this on people’s sensations were discussed. Students were invited to make drawings based on how they feel in their school environment, developing the ability to look at the architecture critically. The next part of the project gathered kids from Ukraine and Lithuania to create and build their dream future schools from cardboard, plasticine, and colorful papers. A space school for aliens, a school that contains only a huge sports hall, a school with a pool on the rooftop are only a few beautiful examples of the creations that a group of students realized during Barbara’s workshops.

The final result of the project “The Merge”, was presented as part of the CityTelling Festival, which was organized by “Kaunas – European Capital of Culture 2022”. The aim of the festival was to highlight the multiethnic memory of Kaunas and its surroundings, to strengthen the dialogue between different communities, and, thus, offered perfect conditions for “The Merge” to be represented.

One part of the final event was realized as the opening of “The Merge” exhibition in the modernistic spaces of Herojus School. Visitors could see the drawings and other works of the Lithuanian and Ukrainian children that were created during the workshops with the artists. Students were especially pleased to see their own artworks exhibited. After that, everyone was invited outside the school, to Laisvės Avenue, to see a performance by Barbara Gryka created in collaboration with Joana BC, artist from Portugal that was part of the project too, and the kids for this specific event. It was important for the artists to set a good example of working together and the merge itself. A group of children and artists dressed in colorful costumes that were made during the workshops with Joana BC, played builders, creating an imaginary city out of the dream future school models. Listening to the music created by Waldemar Tatarczuk, performers presented a composition of dance moves showcasing traditional Portuguese, Polish, Lithuanian and Ukrainian dances, thus, expressing respect to all nationalities featured in their group.

The performance underlined the beauty of different cultures and, at the same time, reminded that everyone can have similar interests and goals. Symbolically, it revealed the main interest of the project – to highlight the importance of building relationship between the multicultural community members, and to create conditions for them to be comfortable with each other. The happy faces of Lithuanians and Ukrainians could be considered as a small sign of success.