Tracing the memories of Pidzamche
Hosted for residency in Lviv, 2021 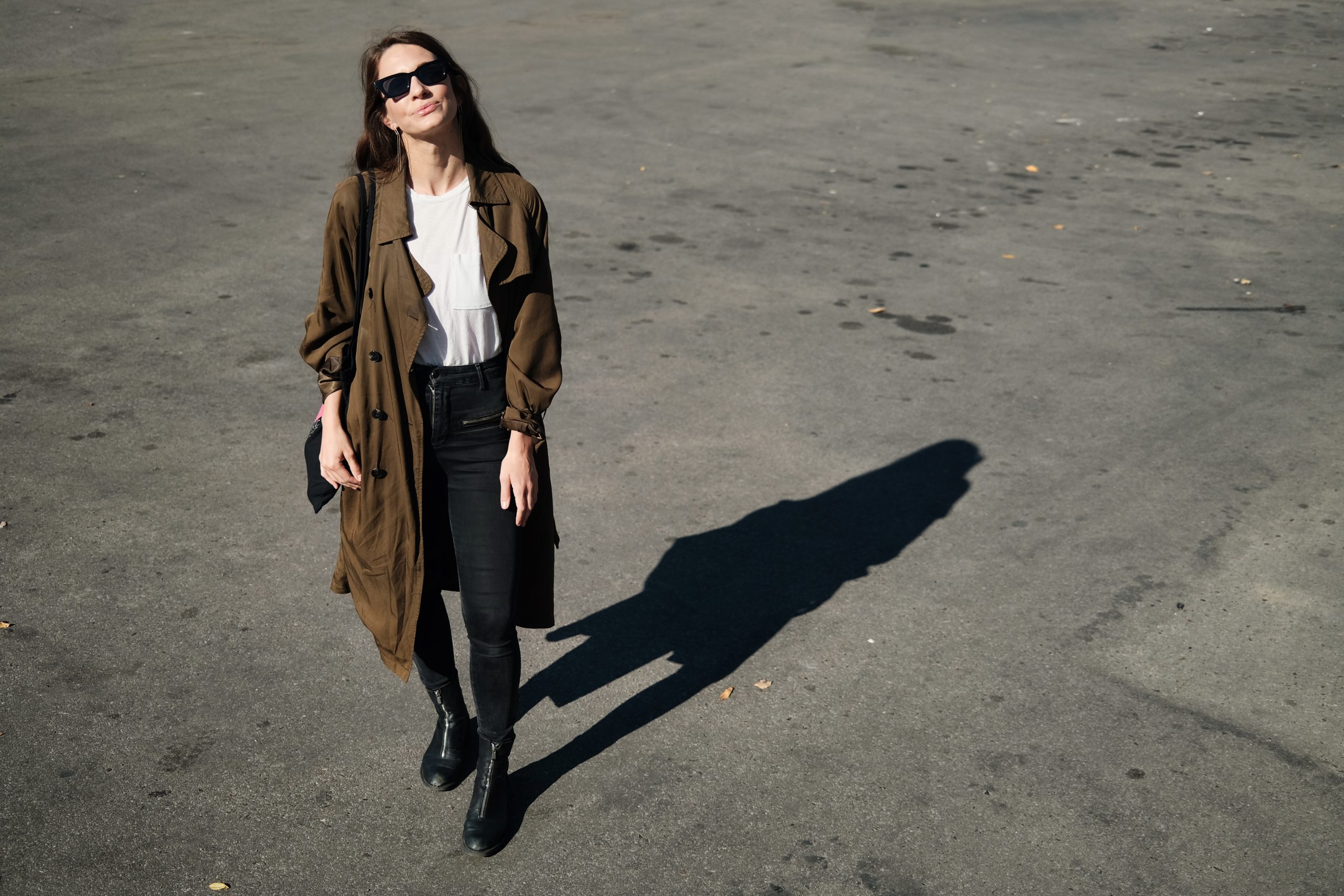 Where do the memories lead to?

Following the traces of memories and testimonies, one can construct a new imaginary reality, try to feel and empathize with past joys and traumas. And, of course, one can reconstruct the course of historical events, find out the truth, and reveal the lies.

Memories are like those boxes, stacked in boxes, which are also stacked in boxes … – and so on to infinity. You “unpack” one memory, and there are a multiplicity and depths of others in it. Imagination offers a multidimensional space filled with colors, sounds, scents. Places, people, performances. Like detectives trying to reconstruct the scene from different testimonies and facts, the researchers of narratives and memories have been listening attentively to, peering into, and even sniffing at the material available in modern reality.

The research of memories associated with the Pidzamche district formed the basis of the “Tracing the memories of Pidzamche” art residency in Lviv, organized by the Jam Factory Art Center within the international Magic Carpets Platform. In-depth interviews with male and female residents of Pidzamche, who worked at industrial sites of the district in the 1960s and 1980s, were collected by the Jam Factory Art Center team over three years ago. During the June-September 2021 residency guest artists Sara Renar and Tereza Barabash, together with our team, immersed themselves in expeditions across the area and had numerous interviews and conversations with witnesses of the events of that time. Apart from the period mentioned above, the artists worked with a broader timeframe of events in Pidzamche. Therefore, the sources selected for research and new encounters with Pidzamche residents revealed the complex historical context of the area, outlining the deep layers of collective memory.

For example, we learnt from one modern resident that, for her and her peers in childhood, there was a question concerning the date “1782”, which is embossed on the facade of the Bachewski factory, and which they saw every day as they were passing by. Why was it there? Their family had moved to the Pidzamche district after the formation of the Soviet Union, i.e. after the end of World War II. Our heroine told us that their perception of history was based on school textbooks, which said that the history in that territory had begun from the time of the Soviet Union. And, according to her words, there was no safe way to research or ask at that time what had happened before? Who had lived here before? Where had they disappeared to and why?

This brief example of the representative of the Pidzamche community helps us feel the anxieties and doubts of people who have found themselves under conditions where the authorities block and prohibit searches, hide traces, impose a distorted view of history, manipulate facts and, in the end, make public dialogue and debate impossible. In the Soviet republics, the authoritarian regime only allowed officially accepted events and stories. And in fact, so did every authoritarian regime in the world.

Another narrator, who was born and brought up in Pidzamche, shared with us his memories of the sounds of factories’ hooters coming from the areas. He still remembers them and would be able to distinguish one factory’s horn from another. At times when the factories actively operated, each resident of the district could hear and distinguish those hooters and also the sounds of trains passing the Pidzamche Railway Station. We found out that during that period residents were guided in time by these hooters and train sounds, as not everyone had a watch. Factory workers also woke up in the morning to the sound of the hooters, which could be heard even when the windows were closed. Let’s imagine, that in our digital speeded-up time, we would only know what time it is thanks to external signals from the public space. It seems unbelievable. The modern generation complains of the constant lack of time, failure to keep up, though tools for time management have proliferated. We live 24 hours a day, 365 days a year, just like previous generations. What are we wasting our time on? And do we have “free time”? Are we wasting or living our time?

This is where the traces lead – not only to answers but also to questions. But the most important thing is that traces motivate the search. To have a safe opportunity to search, to ask out loud, to discuss publicly is a valuable possession of our time. Due to the opportunity to search, we came across the article “Between Anonymity and Attachment: Remembering Others in Lviv’s Pidzamche District” by researcher Natalia Otrishchenko. This gave us the impetus to create the name of the project “Tracing the memories of Pidzamche”, and also to present the historical context of others who lived in the Pidzamche district and their traces.

We sincerely hope that the traces will not disappear, and thanks to our project, they will become visible and give inspiration for further research and searches.

With the project “Tracing the memories of Pidzamche” we opened Pidzamche area to everyone through walking, listening to eyewitness memories and inhaling the created set of six scents based on local stories, and thus we introduced other dimensions for perception and understanding of the district and its inhabitants. The gift for community representatives – a set of 6 scents, which we created as a reflection on locals’ memories related to the places of Pidzamche, is a symbol of sharing, cooperation and co-creation, given in memory of those who shared their memories.

“I tried to document as much as possible on my audio recorder the sounds of the neighborhood, traffic, sounds from the railway, nature, children playing, some industrial sounds from the industry that is still working and so on. I produced six audio files corresponding to six locations in the Pidzamche district which is Pidzamche railway station, Svitoch Chocolate Factory, Meat and Leather Factory, the House of Culture Raiduga, the Market Place and Jam Factory Art Center. And for each of these locations I did a specialized song or audio track you could call it, in which I tried to bring out a vast kaleidoscope, fragmented memories of the residents mixed with the possible sounds of that space and also composed some new music for it.”, Sara Renar

We created the space for other truths as valid as official archives through a public audio walk, based on Sara Renar’s audio tracks, including the original voices into audio tracks – testimonies of Pidzamche’s locals. Audio walk is also available in a digital space that anyone can reach using  the Jam Factory Art Center’s website. This creation is a contribution in expanding knowledge about others by giving them a voice in a certain place and in a certain community. At the same time, the attention to the life of Pidzamche people and their place of residence demonstrated the importance of their memory and personal stories, the spaces and buildings they are accustomed to. This public attention drew parallels between the tourist center of Lviv and the Pidzamche district and in this way united Pidzamche locals with other residents of the city by making these public spaces visible and anchoring them on the mental map of the citizens.

Developing the route for audio walk in “Tracing the memories of Pidzamche” project we worked with some locations and sites which were transformed from state property to private property and from public spaces to private.

By coming into contact with locals and co-creating with those who work or have access to now closed non-public spaces, we “appropriated” these places for a short time and filled them with live interaction between participants of different ages, status, religions, etc., filled them with the public. We used the power of art to transform enclosed areas into public space. At least for a few hours for a few days, but we have demonstrated that such a transformation is possible if a request is manifested by a cohesive different social groups. In addition, with the help of the scent medium we used in the project, we were able to create an archive of smells that resemble those distributed in the public space by the plants and factories of the Pidzamche district. Thus, we drew public attention to the planning approach of public or private territories, in which it is necessary to take into account such invisible and transient, but very tangible substances as smell or sound. Being conditionally pleasant or unpleasant, smell and sound significantly affect the physical and mental state of the public in contact with these substances in public space.

Tereza Barabash, a local resident, also worked with us during the residency. She created two installations for the project in the Air Space Gallery. These installations reflect the uncomfortable household past of our respondents who nostalgically mention it.

“I made two installations in this project. One, it is intertwined with Sara’s work, with Sara’s sound work.That’s so to speak a “Cloud”. Well, I worked with the materials we collected during the first part of the residence. These are people’s stories transcribed, as well as personal photos from residents of this area, as well as blank papers. The blank paper symbolizes the uncertainty of our memory, about the fact that we never know how authentic our memories are, how idealized or transformed they are. Time, in any case, changes everyone’s memories, that is, it’s all individual. It was very interesting how people talked about the same fact in different ways – some very positively, some very negatively.

I use these lamps to appeal to uncomfortable Soviet everyday life. Because many people say it was better to live back in Soviet times. These lamps are about the fact that you had to adapt to this aggression, to this uneven and aggressive light, to this buzzing, which has a tremendous effect on both human auditory activity and nervous system as well.”, Tereza Barabash.

I believe that the end of one story is the beginning of another story. And I believe that the “Tracing the memories of Pidzamche” residency paves the way for new projects. I would like to put three dots in Sarah’s words:

“The audio/olfactory component of the project focuses on memories of the Pidzamche district told by the residents themselves. The sense of sound and smell are both evolutionary „older“ than the sense of sight. Indeed, the familiar „Madeleine effect“ one gets when unexpectedly encountering a distant memory is from smells, tastes and sounds rather than from visual input… By giving a collection of fragmented personal insights via audio and olfactory senses about the times and spaces past, the hope of this project is to contribute to the foundation of a new identity of the neighborhood.”, Sara Renar, Pidzamche: memories.