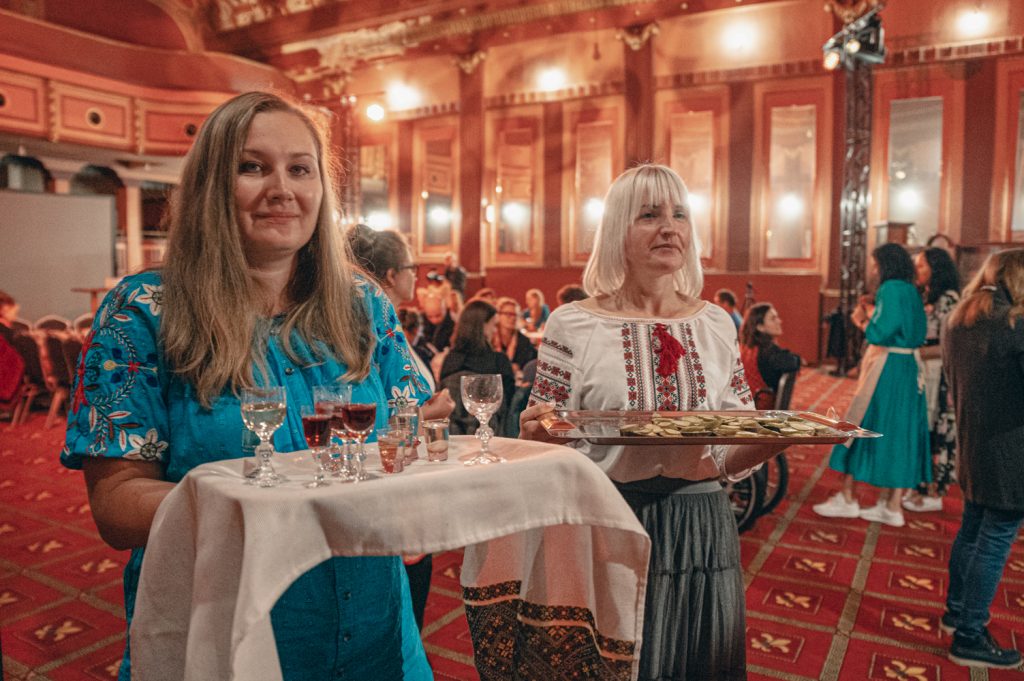 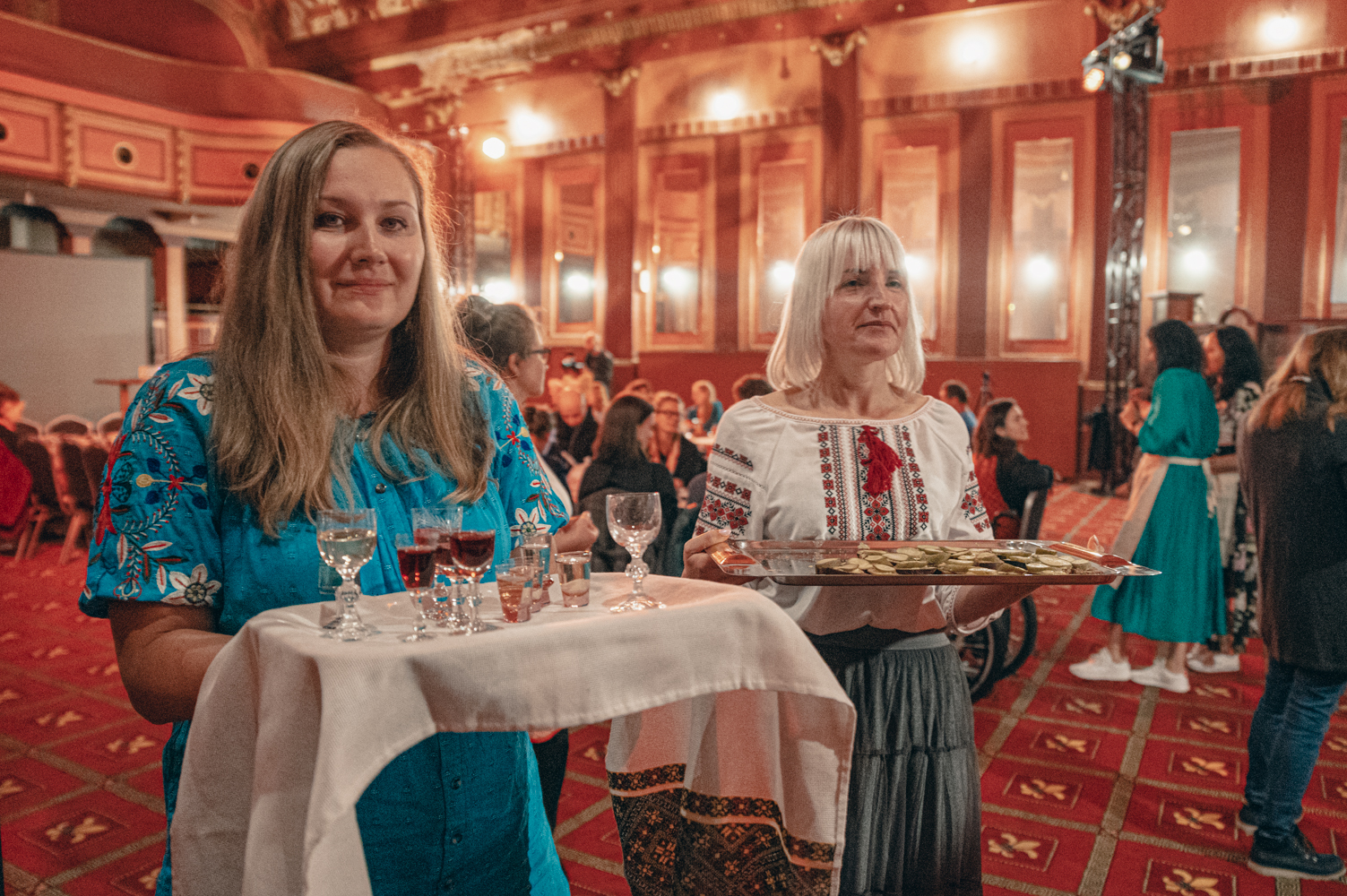 It is impossible to stay neutral. In the moment we think we are, we just give more voice to the majority, to the loud ones or to the inflexible ones or stubborn traditions or assumptions. By each choice and act we support, we invest into one movement or idea or another. So, this year, it seemed impossible not to tackle questions and situations caused by Russia’s war in Ukraine. It was and still is important to give voice and space to the ones whose stories should never be forgotten.

The first residency of this year’s international platform MagiC Carpets took place from 15 August to 15 September, with the participation of artists and participants who are currently taking refuge in Latvia from the war in Ukraine. The residency process resulted in two story nights – “Ukrainian Nights”, which took place on the 7th and the 8th of September as part of the International Festival of Contemporary Theatre “Homo Novus”.

One of the artists in residency was Tatjana Imbraimova from Ukraine who started to work with a local Ukrainian choir hosted by a charity organization. Before this residency, Tatjana was gathering peoples stories by filming them, but this specific situation forced to search for new tools and expressions.

A short excerpt from an interview with Tatjana:

“Operating in a foreign residence during such a dark period of life and history is very difficult. However, how would you describe the topic you have focused on?

Tatjana: As for the “Homo Novus” festival, one of the themes of my research is the night – the darkness that fell on February 24. Along with everything that this night brought with it and changed. Living in Latvia, I collect people’s stories – conversations with people I meet. I’ve listened to a lot of people, but not everyone feels comfortable talking about it on camera. They say that they are not yet ready, they cannot explain to themselves what has happened, they do not know how to tell their story to the end, they are shy. I had imagined that the choir could be a therapeutic way to calm down… but I noticed that many people, as soon as they hear Ukrainian songs, start to cry and can’t sing along anymore. And it is here that the real emotion, shared by all, appears. I think that this is the main thing to show – how young and old, all kinds of people come together… But there are also people who just want to “pump up their skills”.

Tatjana: This is always the case with the documentary material – you can never predict, and it will bring something new, an unexpected discovery. You can write a thousand plans, but they will change every day, and you must be able to hear what is happening and unfolding anew. I thought the talks at the “Homo Novus” festival could introduce this material to a wider audience, combining stories with lullabies. How they allow you to live from dark to dawn, protecting children’s sleep.”

During the residency, a lot of fragile and complex situations were revealed – some of the participants went back home, some were not willing or able to put their experiences in words. So, the artists addressed a few community members who could be the voice of the group – the ones who have been met in Latvia, and the ones back at home. Together they created a story song evening “Ukrainian Night” that took place on September 8, 2022 during the International Festival of Contemporary Theatre “Homo Novus”.

“Ukrainian Night for all of us started on 24 February at 4 pm. Since then, we have all been waiting for the sunrise. This new sun will become the symbol of our victory over darkness and evil. The performance was dedicated to the war children and their parents, the birth of the sun accompanied by Ukrainian songs and lullabies”.

Second artist in the residency was theatre director Laura Čaupale. She is volunteering in a charity organization “Tavi draugi” which is currently transporting refugees, delivering necessary goods and implementing other activities in support of Ukraine. During her time here, Laura met many women who had escaped the war in Ukraine and while being here, they have found the way they could still help and support those back at home.

Laura collaborated with these women and created a dinner story evening “With a dream to return” that took place on September 7, 2022 during the International Festival of Contemporary Theatre “Homo Novus”. Visitors had an opportunity to experience the traditions of Ukrainian cuisine together with ten participants and discover the life story of each woman. “During the evening, we will talk openly about lives changed by the war – how it started, those who stayed at home and those who managed to settle here, as well as how views and values have changed.”

During the residency time, artists, communities and our organization collaborated, contacted many different people who were involved in very different ways. I think we felt that the community of these events expanded in unplanned directions, because they felt that they can and want to connect to the stories, values, goals and wishes that were represented in residencies and story evenings.