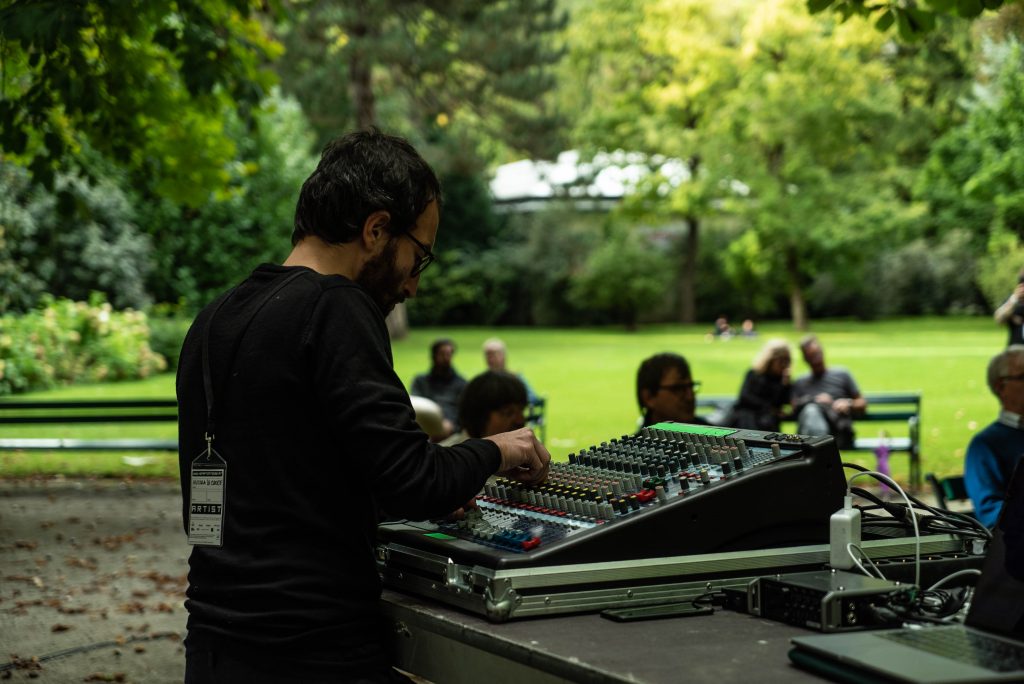 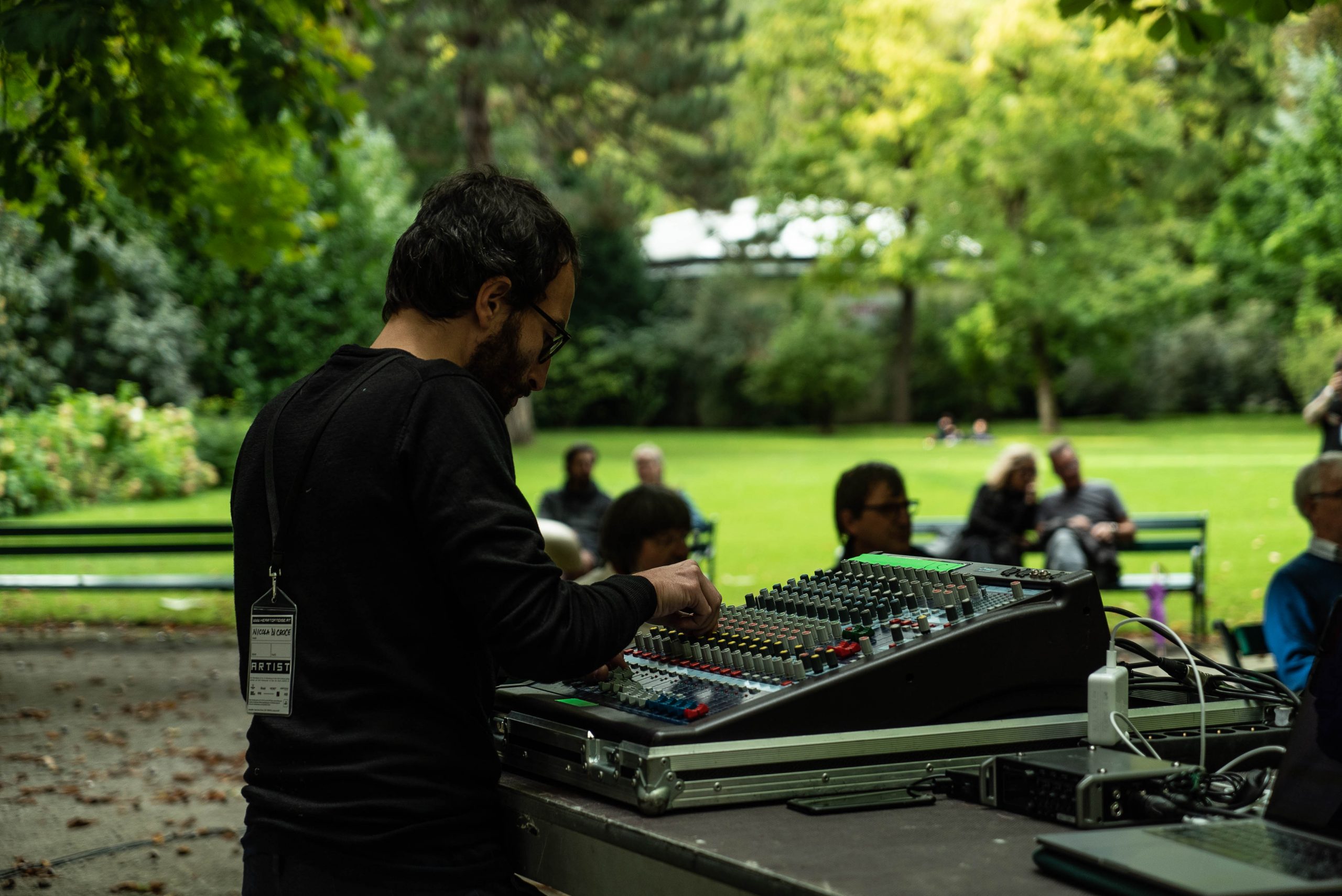 Nicola Di Croce (Italian artist suggested by Latitudo Art Projects) started his residency at openspace.innsbruck (Innsbruck, Austria) – first in the absence, through the internet and then 2 weeks by the end of September on the spot – by exploring the city’s urban atmosphere and sonic environment; therefore collecting a number of field recordings became the basis of his research and artistic work. In order to do that even in the times of social distance and closed borders, Nicola has developed the SCORE – practical exercises for the group of artist aimed at approaching different perspectives and intimate atmospheres of the city – in this case, the city of Innsbruck. The idea of SCORE was created to encourage horizontal collaborative methods and exchange among local and international artists.

SCORE is a collaborative process dealing with different relationships with the city. Participants are asked to respond to a series of “scores” aiming to trigger their sonic memory and to participate together in a collaborative composition dedicated to Innsbruck. The scores invite participants to submit sound material, which will be used, mixed, and reinterpreted during the performance. The protocol is made by three collaborative scores. Only the first one is available as a starting point. The other scores were be published on Bandcamp and shared with participants once collect the submissions from the previous ones.

In times of social distance and closed borders, Nicola has developed a process that challenges participatory methodologies and aims to approach different perspectives and intimate atmospheres of Innsbruck. Working together with five local artists – Milena Meller, Anna Lerchbaumer, Lucas Norer, Lukas Moritz Wegscheider, Andreas Zissler– Nicola proposed them to respond to a series of scores aiming to trigger their sonic memory and to focus on their relationship with the (invisible) city.

The three scores invited participants to reflect on the sonic environment they were used to perceive during the lockdown, and in particular on those sounds related to their memory of Innsbruck. The first scores asked each artist to submit a short field recording composition related to their experience of quarantine; the second asked them to create a personal mix working with all the submission from the first score; the last score invited them to select fragments form the previous mixes, connecting them with specific place of Innsbruck and creating imaginary paths within the city.

As a result of this collaborative process, the performance at HEART OF NOISE re-introduced in public space the imaginative sonic portrait of the city as experienced by the artists during the pandemic period. Within this framework, the performance intended not to merely reproduce these recordings, rather to create an abstract layer, a re-framed “invisible city”. Here the bells were playing a key role, since they were used as “resonators” of this imaginary sound space. Bells were chosen for their historical role in pastoral culture within Tyrollean Alps, and for their massive presence in the regional landscape as important land and sound-marks.

Bells are also used  to create a sounding space within the public space; they became the actual filter of the recordings and sounds collected during the previous step of the process. Sound recordings were diffused underneath their surfaces and then captured by contact microphones, which amplify their resonances and playback feedback through a quadriphonic sound system. The combination of direct sound sources and resonances was mixed live by Nicola , who interacted with Milena Meller and Lukas Moritz Wegscheider – two local artists who took part in the project.

Three Collaborative Scores was presented live at Heart of Noise festival on the 2. October 2020 at 15:00 in the Hofgarten City Park – right after all the church bells in the city rang 33 times dedicated to Jesus Christ.

The outcomes of the process are also included in the framework of Invisible Cities Innsbruck 2020.

Special Thanks to GRASSMAYR BELL FOUNDRY INNSBRUCK and HEART OF NOISE FESTIVAL.