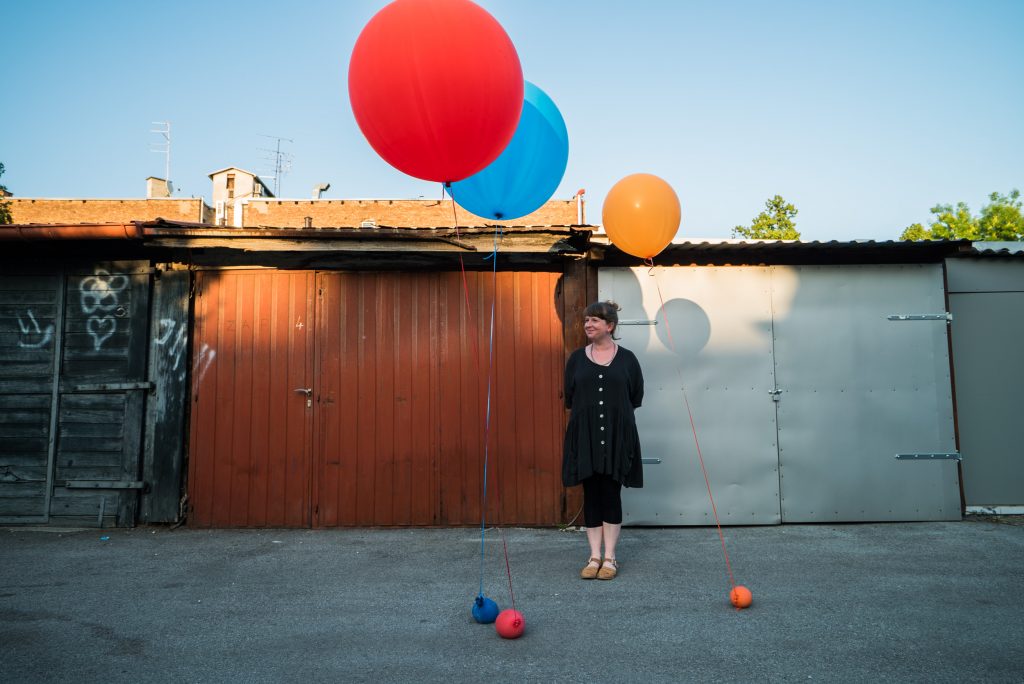 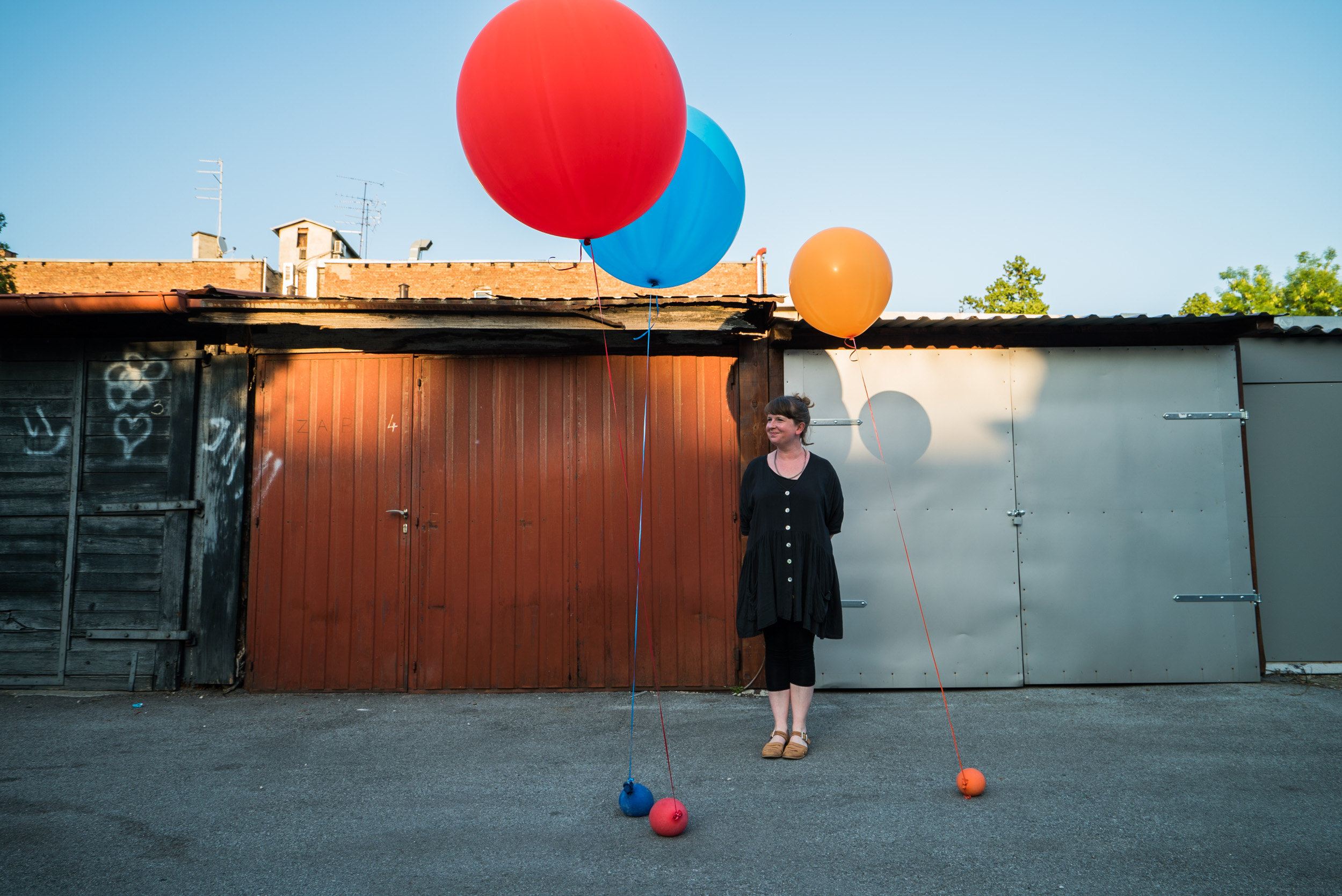 Currently lives and works in: London

Why are you a part of MagiC Carpets: To learn about societies and people, make connections with new people and places, and open up my practice to new influences.

What inspires you as an artist? Our inner worlds and how they manifest in the outer world, the intangible, traces of humanity, of feeling, experience.

What do you think is the purpose of art? To help us access other ways of thinking and feeling that go beyond the routine and mundane. To help us question assumptions in society and world around us and be more conscious, sensitive, alive human beings.

Your favourite book(s): Invisible Cities by Italo Calvino, Species of Spaces and Other Pieces by Georges Perec.

Your favourite film(s): Le Mépris, The Gleaners and I, Persona.

MagiC Carpets project: In our own rhythm

We were invited to respond to a special place in central Zagreb; a courtyard, where a community once thrived and interacted, but now is mostly used as a car park.

Trying to meet the people behind the doorways and get a sense of the histories and dynamics of the space, I became interested in games as a starting point for my research; how was the courtyard used by its community? What games were played there? It became my anchor for engaging with local communities as well as a semi-anthropological exploration of the society I was immersed in.

I Interviewed people about the games they play or used to play, I spent time with a group of young girls who taught me the rules to their games, I learned how to play Bela, a local card game. Together with Lab 852, we created a series of events in the courtyard that invited residents as well as local artists to spend time together by playing games; an attempt to take back a little life of the courtyard from the car park that it had become.

As I spent more time with the group of girls, I became fascinated by their interactions, their ‘activation’ and engagement whilst they played. I became more interested in the phenomenological experience and what happens to us when we play a game. What freedom can a set of rules and fictional parameters give us? How much of our real ‘self’ manifests when we engage in play? I became interested in the performativity of games and how they choreograph our bodies by creating parallel spaces of interaction and becoming.

With the help of local analogue film lab, Klubvizija Lab, I was able to experiment with 16mm film to capture some of these ideas. In Our Own Rhythm features a 16mm film made with the group of girls as they play, set inside an installation of their drawings. It aims to use the filmic frame to extract and abstract and show micro aspects of our selves at play.

Title: You Move Me

You Move Me is an audio-visual installation made in collaboration with the people of two different European towns; Žagarė, Lithuania, and Northampton, UK. In each town, people were invited to take part in workshops with the artists, exploring ideas of everyday, gestural movements. Together they have created a new choreography, which has been performed and recorded in each participant’s own domestic setting.

You Move Me is a meditation on gestural movement, portraiture and what it means to move together as a group. The work explores collective and individual identities, our quotidian actions and how we occupy our domestic spaces. It brings hidden identities into the public realm.