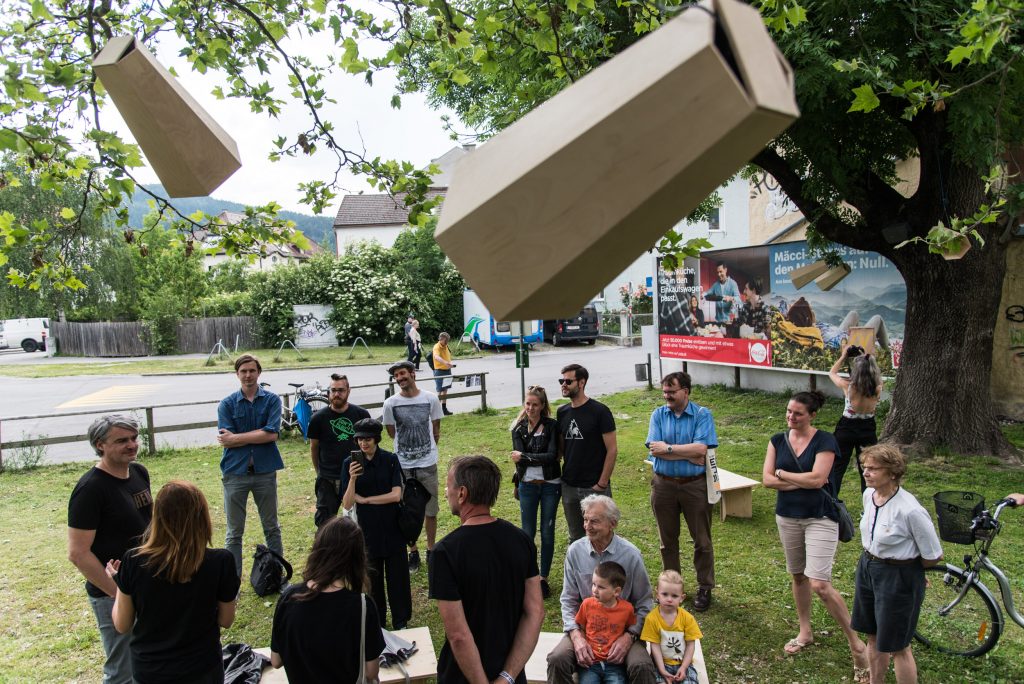 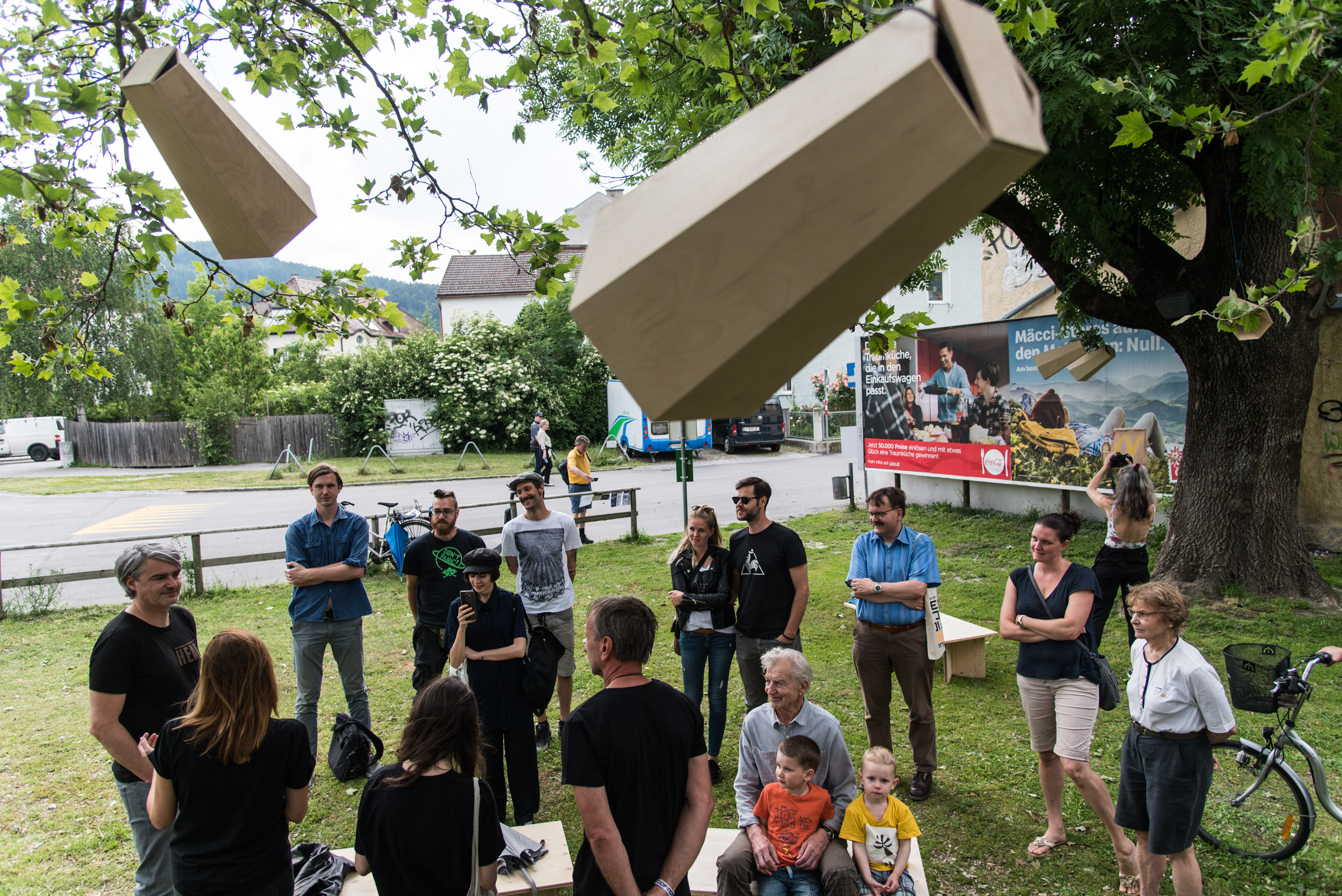 Currently lives and works in: Rotterdam, The Netherlands

Why are you a part of MagiC Carpets: It sounded like a good idea and I was right.

What inspires you as an artist? That shall be left unnamed.

What do you think is the purpose of art? Think / make / use / learn.

Building a refugee shelter in Wilten, Innsbruck in 2015 coincided with a dismantlement of the playground accessories at Frauenanger Spielplatz, located right next to it. For years, the neighbourhood residents were left with a single bench in a park, which was also eventually removed in 2019. Innsbruck municipality justified this step by their new policy of designating various parks drug- and alcohol-free zones, due to increasing drug-related issues in the city.

Liminal Protocols is a site-specific interactive sound installation, which taps into the multi-layered circumstances pertinent to the gradual demise of Frauenanger Spielplatz. The park territory is rendered as a sensory area, where field recordings of various other parks of Innsbruck are transported and the volume and complexity of the sound layers increase incrementally as more people enter the park. The installation attempts to represent possible alternative realities for the area through sound and collective effort via attendance.

Vicinity Point is a sonic equivalent of heavily pixelated/blurred images of familiar places in Dnipro [Original field recordings for the locations are available here: tiny.cc/Dnipro]; it serves as a metaphor for distorted perception of the external stimuli or to what extent it would be possible to retrieve relevant pattern given the partial/manipulated information. The installation is also a physical manifestation of received information being dependent on where we stand in relation to the source.

One of the subtler tasks of perception can be investigated experimentally by asking how much information is required for recognition and what information is the most important.

Obfuscated algorithmic machine of Facebook eliminates information from the users’ infosphere it deems irrelevant based on data users stream into the black-box, diverting attention exclusively towards subjects guaranteeing to keep them entangled in the platform as long as possible, hence constantly reaffirming their worldviews.

Recurring ideological agendas render them more accessible to humans in process of retrieving applicable concepts from memory for interpreting or forming judgments about encountered piece of information. Besides, on the battlefield of attention economy and infoxication, it takes even more effort to funnel one’s cognitive resources into rigorously researching issues pouring on news feeds.

Just as the consumer economy was boundless in its power to commodify, so the attention economy is boundless in its power to render reality standing reserve for the project of identity construction/performance. The two processes, of course, are not unrelated. In the attention economy, strategic silence is power. But, because of the above, it is also a deeply demanding practice of self-denial. Virtue is self-forgetting. The structures of social media make it impossible to forget yourself.

Type: Sound for a costume performance

This project dealt with the idea of future feminist ecology