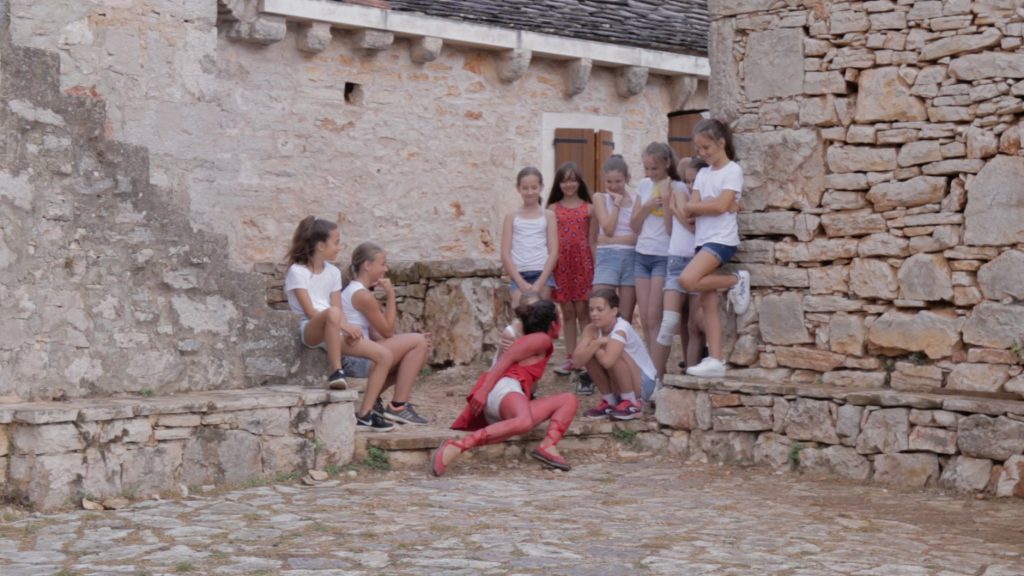 Cultural community of Jelsa is gathered around the Association Sustainable Island and its mission to promote the culture as a pillar of sustainability: library, museum, school, Association Humac, Association Varbonj, Association Open House Vrisnik.

It is a rural and coastal region where the main economy is seasonal tourism. Cultural activity revolves around presentation of traditions for touristic purposes mostly. Therefore, winters are marked with deprived social and cultural life, isolation and depression. Recently, there are some attempts to introduce more contemporary programmes that would last all year long. This is to be achieved through the coordinated work of Association Sustainable Island, Municipal Museum, Public School and Public Library. Lab852 has started to collaborate with them in 2015, during the implementation of a project Networked Encounters, while working on research and exhibition set up in an abandoned wine factory “Dalmacijavino” in Jelsa.

The starting point of the project was an article published in regional newspapers Slobodna Dalmacija, about Neolithic site Grapčeva Cave being sold to a private investor. The site is the second largest archaeological finding from the Neolithic in Croatia. Artefacts found on the site include ceramic pottery used for rituals, with different sketches on it, such as the one of the ship dating from 3000 BC.

The article was published at the time when Association Sustainable Island, made of members from the local museum, library and school, has invited Lab852 to curate Etno Hvar Festival, taking place at Humac, little abandoned village at the top of the Island Hvar, 30 min. walking distance from the cave. They were very worried about the future of the site, so it was decided to invite Paulina Almeida to do the research about the issue and approach it in her own way. Metaphoric connections between the subject of MagiC Carpets project were quite obvious – ship as the symbol of the journey, abandoned village as the symbol of migrations, and above all, there was a question of ownership of the “public” space and cultural heritage connected to it.

Both works were interconnected, inspiring for each other: children’s voices and images gave valuable feedback to cultural institutions and tourism operators about their perception of cultural heritage and history, development and future, Jakov Rubinić and Association Humac have provided sparks to their imagination with stories about life of their ancestors, Paulina Almeida was mediating between traditional and contemporary with the use of co-creative and interdisciplinary approach.