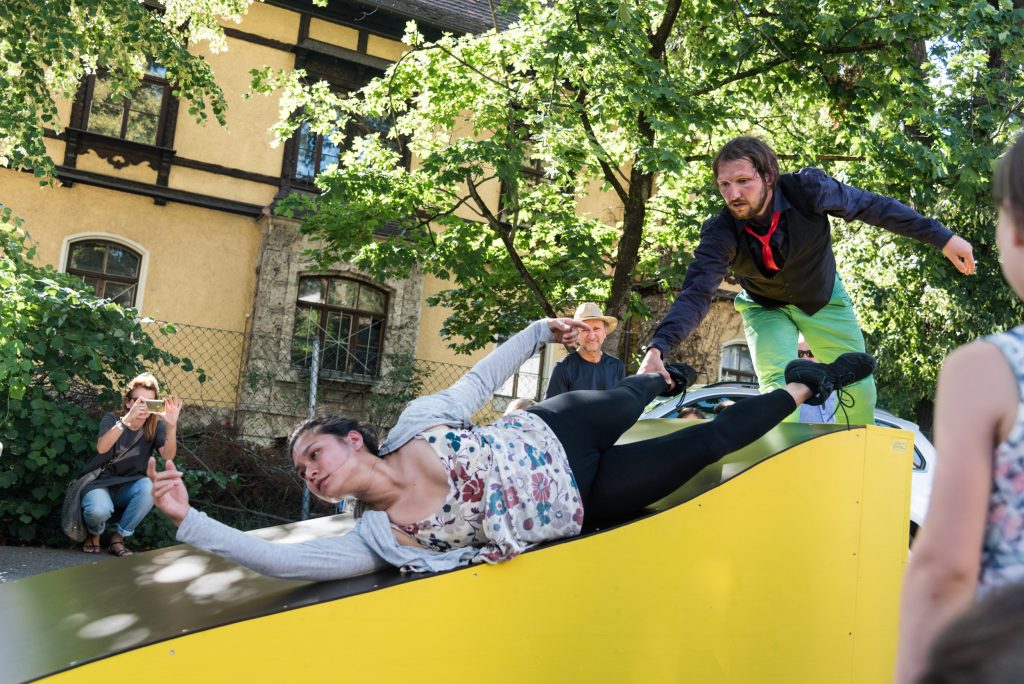 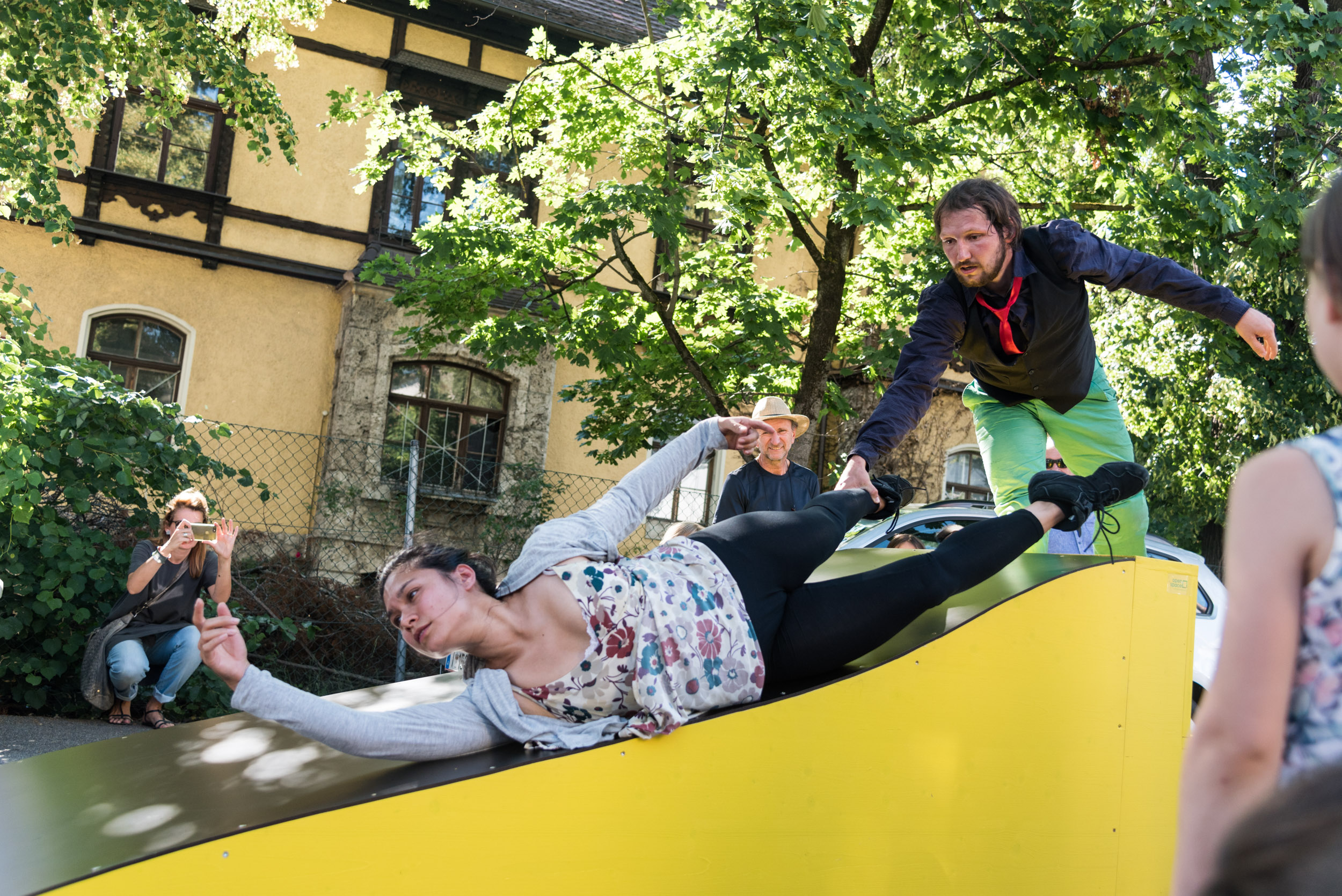 This MagiC Carpets story is about the balance. It began on a sunny day in the city district of Wilten. On one plate of the scale, there was energy, people, society and infrastructure of the neighborhood and its residents, on the other one, there was a situation, in which these elements are equal or in an acceptable proportion, even in harmony. In short, they supposed to be balanced. But how to deal with the meaning of “balance”? How to provide balance? Where to start? A possible answer to these questions has been given, in a very special way, by one of Innsbruck’s artist-in-residence, whose approach linked research, play and direct demonstration.

Daniela came to Innsbruck after a residency in Switzerland and because of this, she was prepared and ready to produce a new work. During her one-month-residency from mid-April to mid-June split in two phases, Daniela stayed true to her artistic aspirations. After a period of intense communication with the curating team, observation of the neighborhood and communication with different representatives of the communities (local neighbors, migrant-home representatives) and the local artists in their surroundings, Daniela decided to develop a series of objects for the public space. She started to work very soon on a series of 4 different urban furniture(like) objects. Each object has had a space for the minimum of 3-4 persons at a time and they each involved on movement. One person’s balance affects all the others, so that either coordination or the intentional lack of it, affect the whole experience. Thanks to this simple but well-thought intention, she reflected the meaning of the given topic and its essential beauty.

After more than a month of intense work and exchange with the local community and the curators Danijela Oberhofer Tonkovic and Charly Walter, Daniela delivered the artwork “Sonnen Treff Punkte (Sunny Meeting Points). The objects and their placement have created a trail that, on a very short distance, traversed different areas of the neighborhood: the clean square surrounded by nice cafés, an alley that leads to a dingy passage, the border of a migrant housing, and an old (non-functional) playground flanked by huge billboards. Thanks to this work, people who are living very close and maybe had never met before, had been given the possibility to explore their neighborhood and share an experience: each object functioned as a piece of playful street furniture involving a group. An initial installation was made with each object in carefully planned locations. After a while, positions among them were switched. It continued to stir even more curiosity among the places and the audience and established a connection between them.

The objects ROCKING SUNBED, ROCKING BENCH, and SLOW SLIDE were made mostly of wood and completely covered in the shades of yellow and black.

To develop and produce this kind of artwork in a very short period of time, is an example how Daniela’s work embodies a huge amount of commitment, self-discipline, excellent organizational skills, passion for work-production and interdisciplinary thinking.

Daniela has proven herself to be up for the challenge: in collaboration with different local and international artists united by the shared purpose of creating a trail in the neighborhood exploring its (in)visible borders, and by letting the local performative-artist to intervene and play with the objects in order to invite the audience to do the same.

The final presentation of her project took place on the 20thand the 23th of June 2018, featuring work by 2 more artists: another artist-in-residence Ninutsa Shatberashvili and local artist Matthias Krinzinger. A number of local performing artists work with her urban sculptures (for example the dancers Emanuelle Vinh and David Weichenberger from OfftanzTirol).

After two successful presentations in June 2018, her objects are still occasionally changing their locations in the neighborhood and promoting balance between the elements of the community.