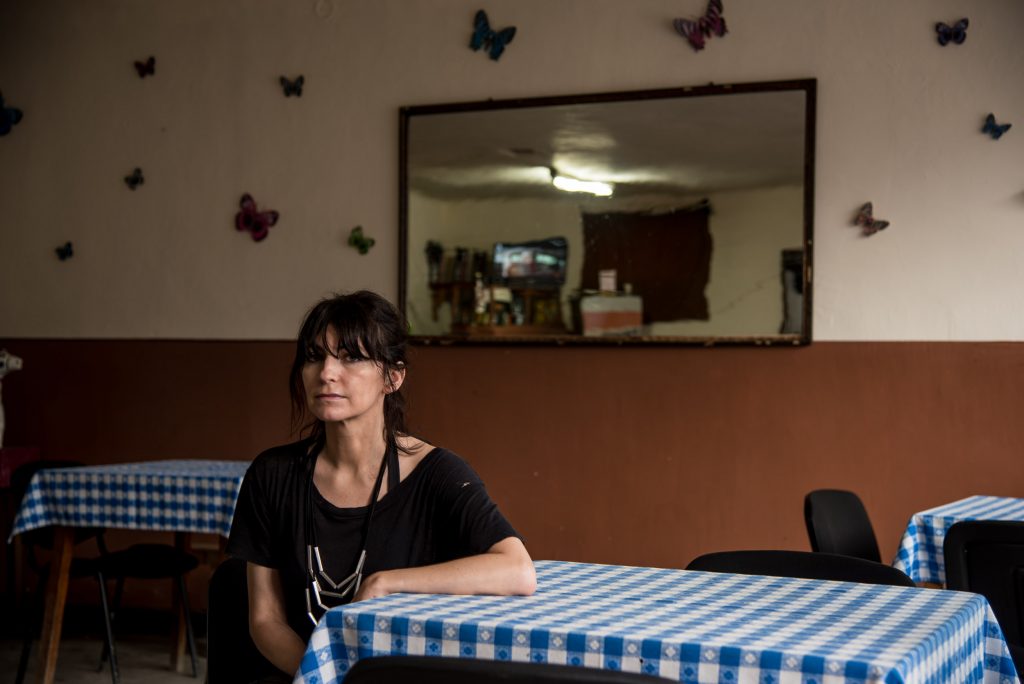 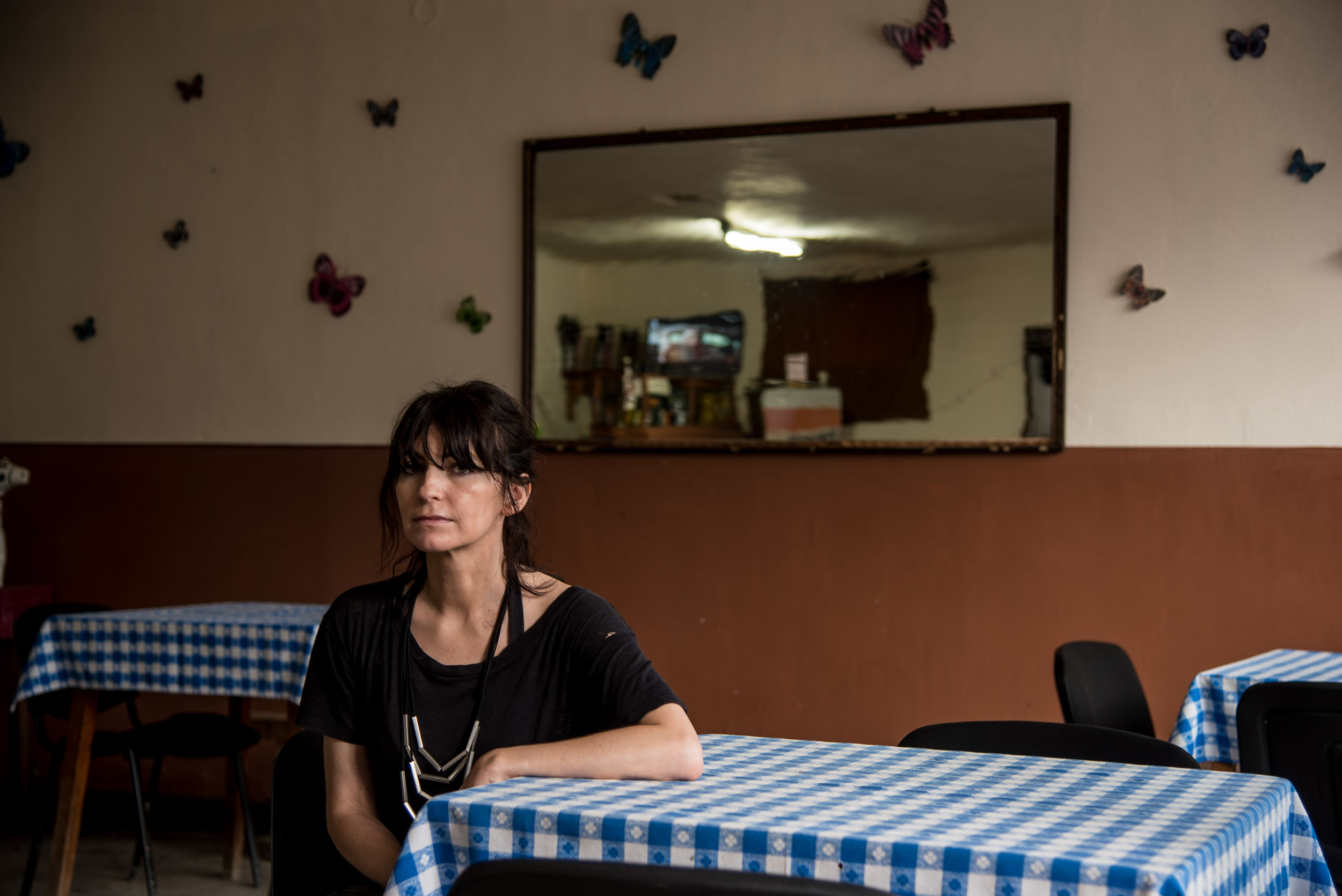 THE POWER OF IMAGES

We are about to travel to a special place in Romania, a small village, Slon, Cerașu, Prahova County, where within its residency program initiated in 2015 META Cultural Foundation organizes the MagiC Carpets project. One of four emerging artists invited to the second edition was Luisa Sequeira (Portugal).

According to Luisa Sequeira, our MagiC Carpets resident here, Romania “lavishes a fascinating culture, because of its geographical location and historical evolution, which brings together characteristics of Central Europe, Eastern Europe and the Balkans in a unique combination.”

Another important thing – the pervasiveness of traditions and the fact that “the strong folk traditions have survived to this day thanks to the Romanian rural communities that have sustained their practices for so many years. Here it seems that the time has stopped, people still do what has been done for over 100 years, and traditions have been preserved in a very beautiful way. Children play on the street freely. Here we feel that time passes more slowly.”

Luisa is a filmmaker and film curator, living in Porto, Portugal, and was recommended by Claudia Melo, curator representing one of the MagiC Partners partners in Portugal, Ideias Emergentes. The main topics in her work, such as memory, emotional archive and untold stories, but also her work on multiple platforms, such as film, video and photography, exploring the intersections of cinema, design and emerging media convinced META Cultural Foundation’s team to invite her to the residency in Slon.

Luisa studied journalism and specialized in directing documentaries at Porto University. Currently, she’s pursuing a PhD in Media Art, developing a research in memory, archive, archaeology and cinema. Since 2010, she is the artistic director of Shortcutz Porto and organizes Super 9 Mobile Film Fest, an online festival exclusively dedicated to mobile cinema. In cinema, she made several short, documentary and experimental films screened at various international film festivals, exhibitions and symposiums.

From the beginning of the residency, Luisa was invited to interact with the people of Slon and its surrounding areas. There have been visits to the blacksmith in Cerașu, a tradition passed from father to son through many generations, which is now, unfortunately, on the verge of disappearing. In Romania, young people tend to move from the village to the city, away from the carpenter’s workshop, away from the village church and away from traditional crafts. Although this migration to the city is a more recent practice, the ones who choose to stay in the village keep the traditions alive.

The living-sculpture created by the sculptor Romelo Pervolovici hosts the Slon residency. Its shape, which resembles a jellyfish, represents both an original and a contemporary approach in a traditional setting, on the edge of a typical Romanian village – the last one where the road reaches, and where the Carpathian mountains begin. The ground floor studio turns into a laboratory and a place for brainstorming between artists / directors; a place for portfolio presentations and screening sessions, displaying the works of the 4 guest artists.

There are also projections of the shorts films produced during previous residencies, in order to encourage the cultural exchange between artists of different backgrounds and cultures. From Luisa Sequeirațs portfolio we screened: Motel Sama (2015), Os cravos e a Rocha (2016), La Luna (2017), Who is Barbara Virginia? (2017), but also more recent works like Trangressive Speeches (2019), Crises infinitas (2019) and a video with images from the exhibition, which was held at Nuno Centeno Gallery, “A luz da Estrela Mortaˮ (2019).

The local children are very open-minded and excited to be involved in the residency program in Slon, and since the beginning, in 2015, they participated to casting sessions and took part in screening events held in the village. META Cultural Foundation organized transportation to Bucharest for the children of Slon, in order for them to see the creations from the residency programs, in a large cinema hall in the city. Some dream of becoming actors, while others see it as a game. They use to come to the jellyfish house to interact with the artists and even if they don’t understand the foreign language often spoken, they usually find means of communication. Workshops were organized together with the artists, taking also into account the educational role that the residency plays. Luisa, together with Sama, a Brazilian artist and her partner professionally, as well as personally, and Daniel Djamo, an artist and film director, taught them how to create a short story and how to shoot a one-minute film with their (or their parents’) mobile phones. Each of the participants, aged between 5 and 14, has drawn / written their own script and produced seven one-minute films. After the workshop, all the films were screened in the studio, projecting them together as a coherent storyline.

The residency is organized both in Slon (two weeks in the beginning, for documenting and shooting; and the fourth week, for editing), and in Bucharest (the third week for networking). Luisa could only attend the residency in Slon for two weeks. She spent almost all of this period in Slon and two days in Bucharest, where she attended the MagiC Carpets residency and artists’ portfolio presentations at Anca Poterașu Gallery, where a part of the artistic community in Bucharest saw some of her previous work. She visited the Contemporary Art Museum in Bucharest, some of the contemporary art galleries and met a well-known documentary film director in Bucharest, Alexandru Solomon.

Luisa was drawn to specific images of the Romanian rural environment, which she discovered in Slon, and to the energy and curiosity of the children, which marked the direction of her final work. “What is the power of imagination?ˮ, “Can an image tell a story?ˮ, “How about desire?ˮ, “Is desire what makes us move forward?ˮ – were some of the questions she tried to answer through her work in Slon. The results were two short experimental films: Născută (in English translation Born, for a feminine subject) and Nothing More Than Images.

On the 22nd of August, the films were screened at the Cultural Hearth in Slon. Also, her films will be included in META Cinema’s selection programs and will be promoted and registered for national and international competitions.

Can an image whisper a love story to us? Does the end of our story belong to others?

Luisa Sequeira, Nothing More Than Images, 3’45”

Images are part of our lives, and sometimes they become more present than the real thing. As in the myth of Plato’s cave, are we still prisoners of images of reality?