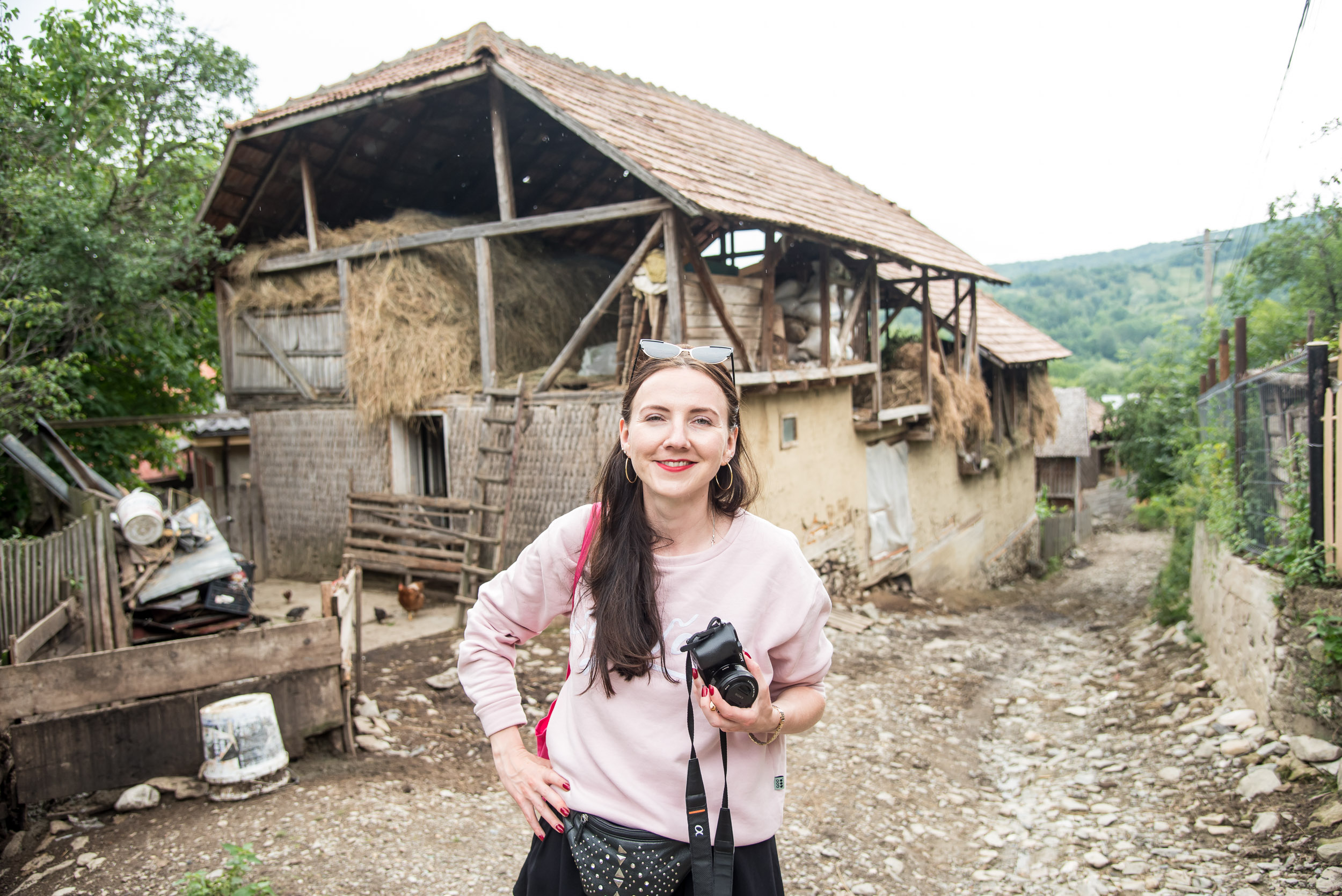 Marta Elina Martinsone is a theatre and film director, residing in Riga, Latvia. She was recommended by Sandra Lapkovska, curator representing MagiC Carpets partners in Latvia, New Theatre Institute of Latvia. She is interested in mixing theatre and film, by including theatrical means of expression in film and experimenting styles of acting. In her work, she focuses on historical, scientific or political research. These directions, different from the other artists’ invited until now in the residency, together with her inspiring short-featured films, determined META Cultural Foundation’s team to select her for the residency in Slon.

Marta holds a Master of Arts degree in Audio-visual Arts: film directing and producing, as well as in Theatre Arts: theatre directing, from the Latvian Academy of Culture, and a Master of Arts degree in Art history and theory, from the University of Essex, UK. Previously, she had earned a BA in history, at the University of Latvia. As a theatre director, she worked in independent theatres (Dirty Deal Teatro, Ģertrūdes Street Theatre) and as the director’s assistant in state theatre (New Riga Theatre). Her own performances deal with gender issues and society’s outcasts. Another theme that she approaches is the conflict between imagination and reality – how we create worlds and realities in our mind and how they clash with reality, creating existential conflict. As a film director, she directed two short feature films as a part of her Master’s studies in the Latvian Academy of Culture – Sand Cowboy and Viestur Kairish comes out of the woods – the latter winning the National Film award “Lielais Kristaps” as the best student film. In March 2019, two feature-length films, Next to and 1906 premiered, where Martinsone is a co-writer and director’s assistant. At the moment, Marta is working on her first feature-length screenplay for a teen-comedy set in 1999/2000, addressing the issues of body-image and bullying in schools and how using imagination can be a healing factor that helps in dealing with everyday trauma of puberty and harassment.

The residency took place between July 10th and August 7th in Slon (the first two weeks for documenting and shooting and the fourth one for editing) and in Bucharest (the third week for networking). From the beginning of the residency, she interacted with the people in Slon and its surroundings. She visited the blacksmith in Cerașu, the carpenter’s studio, the village church, the big village market and the nearby salt mine. The people and the landscapes impressed her and she developed an attraction for the small country animals, which found themselves in her footage as recurring characters. “I don’t know too much about Romania – except that we had a sort of similar path in history. And Transylvania looks wonderful, with very open and warm people, beautiful mountains and tons of animals, which I like a lot. It seems like a place where the old and the new can co-exist. And people tend to like printed T-shirts a lot”,  Marta stated in her interview.

She was interested in the history of Slon and the cultural print of its Dacian history, envisioning a project related to the Ancient Rome. Marta worked very closely with two groups of men, interested in the ancient history of Slon: the members of the Dacian Club and the members of the Străjerii (The Guardian’s) Club. She visited them at home, at work, taking interviews and talking about the activities of the clubs, participated in their monthly reunion in July and visited the museum in Cerașu, dedicated to local and national customs and traditions. Her research was transposed in an emotional short film that talks about history, myth making and about what men do when nobody’s watching.

Between shooting and meeting with the local community interested in its ancestors’ history, parts of the evening were dedicated to portfolio presentations and screening sessions, displaying the works of the 4 guest artists. There are also projections of the shorts films produced during previous residencies, in order to encourage the cultural exchange between artists of different backgrounds and cultures. The diversity, the networking, the cultural exchange and cinema creation are other objectives of the residency program in Slon. During these evening sessions Marta screened her short-featured films Sand Cowboy and Viestur Kairish comes out of the woods.

As a theatre director, Marta Elina Martinsone sees herself more as a storyteller than an artist – meaning she can tell stories in a visual manner. This inspired her in choosing the subjects for the workshops she conducted with the local children of Slon, as part of the educational program carried out throughout the residency. The first one was an acting workshop, where she explained and showed the children the basic tools for creating a role. Each one of them had the chance to play in a short scene, which they kept developing further and further each time. The second one was about creating a story. Together they created a character and then imagined the events that could happen to it. She taught the children the questions they needed to keep in mind, when creating a story. Because of the language barrier they used a lot of drawings.

During the week spent in Bucharest, she attended the MagiC Carpets residency and artists’ portfolio presentations at Anca Poterașu Gallery, on the 24th of July, where a part of the artistic community in Bucharest saw some of her previous work. She visited museums such as the Contemporary Art Museum in Bucharest, the Museum of Recent Art, The Village Museum, contemporary art galleries such as Sandwich, Nicodim or District 1; and cultural spaces created around well-known local young communities such as Nod Makerspace, Mater Library of Materials or Wasp. Even if most people in Bucharest were out of town for the summer holiday, Marta met some of the directors who work with marginalised communities and who have a personal artistic approach in directing, like Mihaela Michailov and Catinca Drăgănescu.

On the last week of the residency, Marta finished her short-film, Eagles and wolves, and on the 22nd of August it was screened at the Cultural Hearth in Slon. Eagles and wolves will be included in META Cinema’s selection programs and will be promoted and registered for national and international competitions.

Eagles and wolves is a short film created closely together with the local community of Slon, Romania. It analyses the issues of national identity, historical heritage, myth making and masculinity. It is a semi-“mockumentary” about Romans, Dacians, Romanians and the things men do. And sometimes men do weird things.